SLOVAKIA'S banking industry is firmly in Austrian hands. Seven out of seventeen banks are fully or partially owned by Austrian shareholders.
The balance-sheet total of Slovak banks with Austrian capital reaches Sk454.2 billion (€11.1 billion), 47.6 percent of the total banking assets in the country. 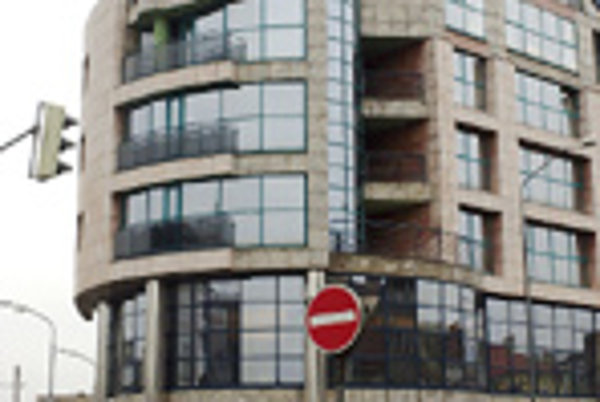 Font size:A-|A+0
SLOVAKIA'S banking industry is firmly in Austrian hands. Seven out of seventeen banks are fully or partially owned by Austrian shareholders.

The balance-sheet total of Slovak banks with Austrian capital reaches Sk454.2 billion (€11.1 billion), 47.6 percent of the total banking assets in the country.

Banks with Austrian owners posted a net profit of Sk2.96 billion (€72.3 million) for the first six months of 2003, comprising nearly half of the profit for the entire banking sector.

Investments of Slovakia's southwestern neighbour initially entered the Slovak financial industry through the direct establishment of Austrian banks' subsidiaries or through the privatisation of Slovak banks in the late 1990s and shortly after 2000.

Austrian shareholders this way succeeded in acquiring Slovakia's biggest and most important banks, thus carving a significant niche that impacts the entire Slovak economy. So far, the shareholders have looked after these banks, helping to maintain the currently healthy state of the Slovak banking sector.

Slovak banks became attractive to Austrian banking investors due to the geographical closeness of the two countries and the mutual business relations that developed between them shortly after the political changes in Slovakia in 1989.

Many of the Austrian banks' clients traded with their Slovak partners, and it soon became more convenient for the banks to directly serve their clients on Slovak territory. Moreover, Austrian banks expanded quickly in the 1990s throughout all the countries of central Europe.

Slovakia became even more interesting after it ranked among the top candidates for membership in the European Union (EU).

Christian Suppanz, chairman of HVB Bank Slovakia, explained: "The Slovak bank market was attractive in the first half of the 1990s for different reasons. The [Austrian] banks had a strong relationship with corporate clients in Austria, and many of them decided to enter the Slovak market as investors or exporters.

"Banks wanted to continue providing high quality financial services to their Austrian clients, and that is why they decided to enter the Slovak market too. In the beginning, the Slovak bank market was particularly interested in providing services to corporate clients. Today, the activities of our bank have extended, and we also stress retail banking."

Roman Začka, head of public relations at Tatra banka, one of the first private banks to enter the Slovak market in 1990, agrees that the lack of financial products for corporate clients in the early 1990s was the first motivation for penetrating the market. Today the bank is known as a modern universal bank throughout Slovakia.

The beginnings of Austrian banks in Slovakia can still be seen in the foreign corporate client structure. Austrian business clients are often strongly represented. But this is changing.

"Austrian and German clients at first logically outbalanced other foreign corporate clients. But gradually, French, Italian, and American clients are coming to have a bigger share," Začka said.

Suppanz said: "In the past, corporate clients with Austrian origin were strongly present, but today the ratio is lower. Our services are used by clients no matter what their origin is."

Most of the Slovak banks with Austrian capital orient themselves towards retail. Consumer and mortgage loans, as well as products for small and medium-sized enterprises (SME), are some of their most promising areas.

"We are highly interested in giving support to SME, and cooperating with city administration. We also see great potential in electronic banking," said Eva Forraiová-Güttlerová, the spokesperson of Slovenská sporiteľňa, the biggest Slovak bank.

Suppanz also stressed the financing of infrastructure, as well as apartment and housing construction.

Generally, banks expect more competition on the Slovak bank market, and they all agree that this will put more pressure on the quality of services.

"The conditions on the Slovak bank market and the level of banking services being offered have been, from a technical point of view, almost equalised with those of western European countries. As banking is something that is subject to each individuals' preferences, any current client actually needs and uses only a portion of the services banks can offer them," said Začka.

Elena Penzes-Strobl, secretary general of Istrobanka, commented on the current Slovak bank market: "From my point of view, the Slovak bank market is progressively developing. It has many investment opportunities and its attractiveness grows as EU accession approaches.

"Slovaks are modern, thorough, and tend to save. They follow new trends and try to adopt them. And this is very positive for our bank."

Later, the European Bank for Reconstruction and Development acquired a 20 percent stake of SLSP from Erste Bank.

The Raiffeisen bank group bought 72.26 percent of originally Slovak Tatra banka during the 1990s. Tatra banka, the third largest bank in Slovakia, has total assets that had reached Sk129.3 billion (€3.16 billion) as of the end of June.

Tatra banka has been the most successful operator in the Slovak bank market. International magazine Euromoney has awarded it the best bank in Slovakia nine times.

The balance-sheet total of Banka Slovakia reached only Sk3.455 billion (€84.5 million), thus making it the smallest bank in Slovakia. However, it was attractive enough for Austrian Meinl Bank, which bought 60 percent of its shares for Sk360 million (€8.8 million).

Dexia Banka Slovensko has served its clients since 1993. Its main shareholder is Dexia Kommunalkredit Holding, of Austrian and Belgian origin. Dexia has used its international brand only since October 2003. Prior to this, it had been known under the name Prvá komunálna banka (PKB). The value of its assets is Sk25.9 billion (€633.7 million).

The history of HVB Bank Slovakia begins in 1990. Its Austrian founder has undergone many changes through acquisitions and mergers since then. Presently, Bank Austria Creditanstalt owns 100 percent of HVB Bank Slovakia. This year Slovakia's leading economic weekly, TREND, named it the country's most successful bank. The HVB balance-sheet total reached Sk41.1 billion (€1.01 billion).

Ľudová banka, with its 100 percent shareholder, Volksbank International, has been present in the Slovak market since 1991. Its total assets represent Sk27.8 billion (€680.2 million).