TWO months into his term in office as Defence Minister, Juraj Liška has said he is confident his sector is working steadily and professionally towards the planned NATO entry next spring.
Liška replaced Ivan Šimko, the ex-deputy chairman of the ruling Slovak Democratic and Christian Union (SDKÚ), after the latter was recalled over his resistance to voting in line with the recommendation of his party. Liška said he held several talks with Šimko that helped him become oriented in his position. 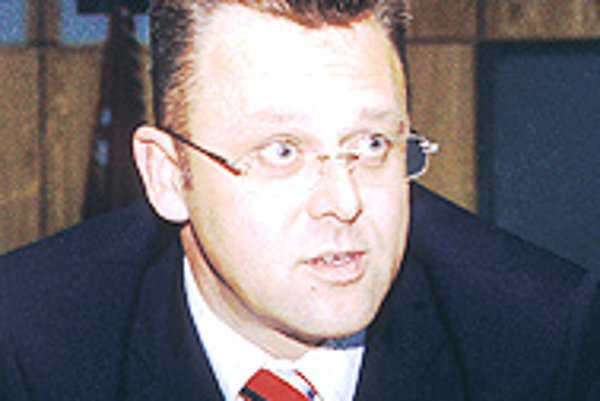 Font size:A-|A+
TWO months into his term in office as Defence Minister, Juraj Liška has said he is confident his sector is working steadily and professionally towards the planned NATO entry next spring.

Liška replaced Ivan Šimko, the ex-deputy chairman of the ruling Slovak Democratic and Christian Union (SDKÚ), after the latter was recalled over his resistance to voting in line with the recommendation of his party. Liška said he held several talks with Šimko that helped him become oriented in his position.

The minister says that, after the events of September 11, the global view of armed forces has changed, and that the Slovak army needs to adjust to the new security situation. An army reform titled Model 2015 is being prepared to address these issues.

Liška spoke to The Slovak Spectator on November 14.

The Slovak Spectator (TSS): When you were named to the post of defence minister you said that you would not need the 100-day grace period to become oriented. How are you coping with your second month into your service at the defence ministry?

Juraj Liška (JL): When I made that statement, many said it was daring. But some time after a new cabinet begins its term, it submits its programme manifesto. When I came, this cabinet had already started [and had already submitted its programme]. I came to this post to replace the former minister, Šimko, and understood that the manifesto had been approved. I have consulted with the ex-minister on many issues so that I can continue these processes. There are two issues that relate to the defence sector - NATO entry and the reform of the armed forces of the Slovak Republic.

On the other hand, I came at a time when we are a half-year from entry into the Alliance and we will see whether this will happen on May 1 [2004], knowing that the NATO summit has been postponed a little. The conference will probably take place at the end of June or at the start of July.

TSS: Does that mean that the entry date will be postponed as well?

JL: It may be postponed by a couple of days or weeks, but that will not have any influence [on the actual entry into NATO]. The [entry] negotiations are ongoing. Our specialists communicate with specialists and expert groups in NATO so that nothing endangers our entry and so that preparation continues.

TSS: What are your relations with ex-minister Šimko? When President Rudolf Schuster named you to your post, he advised you to surround yourself with experienced advisors. Is Šimko one of them?

JL: Mr Šimko is now an advisor to Mr President, who is the head of the country's armed forces. Of course, when I meet with Mr Šimko, or when we met before, we had long discussions about the armed forces. The information he has given me, as well as information that I gradually receive from the army headquarters and the ministry, is very useful and I appreciate it a lot.

TSS: The date of Slovakia's entry into NATO is quickly nearing. Do you feel an increased pressure in your office because of this?

JL: I would not say that I feel pressure because something is approaching. I am permanently under such pressure, so I don't even realise that time passes [laughs]. I believe that we work so well and so professionally, including the people around me, that even if someone else replaced me now, it would work well anyway.

There are plenty of professionals here and I talk to all very openly. I want to create an atmosphere here that shows that I haven't come to liquidate people, but rather to cooperate, and I will respect all who participate in our efforts.

TSS: Priorities in your sector are clear: reform of the army and completion of the integration process into NATO. Are there any major tasks that your sector needs to finish ahead of NATO entry?

Another condition was whether NATO itself wanted to expand, and NATO agreed to admit seven new members. The rest is a matter for the specialists. NATO doesn't give us orders.

We know that the global view of armed forces has changed since September 11. Then came the Prague summit [in November 2002], where some conclusions were reached. Our army reform, Model 2010, was prepared before that date. Therefore, we are going to prepare a new scheme under the working title Model 2015, into which we will incorporate this new experience. It will not mean any dramatic change in the function of our armed forces, but we need to take account of the new global realities.

Then we also need to harmonize our standards with NATO recommendations and with the needs and possibilities of our armed forces. This is another issue. We need to say to ourselves openly that we have [money] to do this but we don't have [money] to do that, even if we wanted to.

TSS: How is the army reform progressing? The first goal is to have a fully professional army by 2006 ...

JL: That is one of the many goals. The full professionalization of the army should be completed by 2006, and I am convinced that all is going in line with the plan and that we will meet the goal.

TSS: Do you have enough people interested in joining the professional army?

JL: I think that we have problems similar to those in other countries, be they the developed or underdeveloped ones. Working in the armed forces is not as it used to be, when people became soldiers and were there for the rest of their lives without having to do anything to keep those jobs.

Today a professional soldier must fulfil tough tasks and no longer makes decisions for himself. To attract new people, we will need a meaningful agenda so that people understand that defending ones' country is important.

In the past, there were missions that many described as recreation for the soldiers. Today, the situation is different. The mission to Iraq is definitely not recreation, nor is it in Kosovo and in many other places. People have to realise that they are going to these missions to fulfil important tasks, and it is not easy to decide to go into such situations.

TSS: After Slovakia's NATO entry, will there be any dramatic changes to the wages of professional soldiers?

TSS: Speaking of the missions, NATO recently asked member states, including Slovakia, to assist in its Afghanistan mission. Do you know what Slovakia's reaction will be?

JL: To this request, we could possibly consider [assisting with] some minimal numbers. Do not expect hundreds of soldiers from us. But I will inform you when I receive a thorough report on this.

TSS: In relation to the tense atmosphere in Iraq, are you considering any changes in Slovakia's unit there?

JL: We are not considering any transfers or departures. Not today. I am consulting the situation in Iraq with the head of our unit, Mr Ondřej Novosad. Next week, our inspection group is going there to assess the situation and it will submit a report to us suggesting what will be next. But, so far, Mr Novosad has not said that changes are needed.

TSS: A few weeks ago there was a big discussion about Slovakia's expenses in the defence sector in relation to the country's commitment to NATO. Slovakia pledged to spend 2 percent of GDP on defence, while the proposed state budget does not fulfil that criterion. Critics, including Šimko, said Slovakia could become a second rank NATO member if it did not keep that commitment. Do you agree with that?

JL: I took the post on Friday October 10, and the next Tuesday at the cabinet meeting, all chapters except for the environment chapter were closed with a recommendation for approval. Three or four times before that, the defence chapter was consulted with Mr Šimko and he never raised any objections.

Next year, we will have about 7.7 percent more money than this year and that is about Sk1.6 billion (€38.88 million). Plus, sthere is money from the settlements [of old debts to Slovakia]. NATO was reserved in respect to this sort of money because money from the clearing of debts is never certain. But today we already know that the money is on the Finance Ministry account and it is earmarked for the defence sector. Thus, we are already at 1.91 percent of GDP. Then there is money from other budgetary chapters, including the state reserves, and from other ministries. There are also some other reserves that come from the clearing of debts. I expect that we will reach 2 percent of GDP.

TSS: When you came to the post, you were criticised for never having worked in this sector and thus having no experience in it, and also for being a rather unknown politician. What did you think of this criticism?

JL: You know, I take it as a fact rather than a criticism. The defence sector should be led by a civilian. Can you show me a civilian expert who is a top specialist in the armed forces and has never had anything to do with the defence sector before? That is not the question, because the office of defence minister is a political function. Experts and specialists are in other sections and departments.

TSS: There is discussion about a possible common European policy. What is your opinion on this?

JL: We clearly expressed our will to join NATO. The European defence policy is a new initiative proposed mainly by Germany, France, Belgium, and Luxembourg. Slovakia today probably does not have enough resources to be involved in two defence groupings, and I wonder what sense it would make anyway.

My personal opinion is that we decided to join NATO and that is where we should go. It is a different matter, however, whether European countries should cooperate on certain regional issues inside Europe, such as the CENKOP.

CENKOP is a group of seven countries, including Switzerland, Austria, Slovenia, Hungary, Slovakia, Romania, and Croatia. These countries solve regional matters, in the Balkans, and we also have effective cooperation on various missions. I can imagine this sort of cooperation but definitely not the creation of a new defence organisation.