The mysterious phenomenon of Gubaidulina's music in Slovakia

THE LAST chords of the Offertorium for Violin and Symphonic Orchestra by Sofia Gubaidulina, played on Sunday, November 16 at the Slovak Philharmonic, concluded the ten-day International Festival of Contemporary Music in Bratislava, Melos-Ethos. The work, written by the world-renowned composer from Russia, merited a standing ovation from the public. 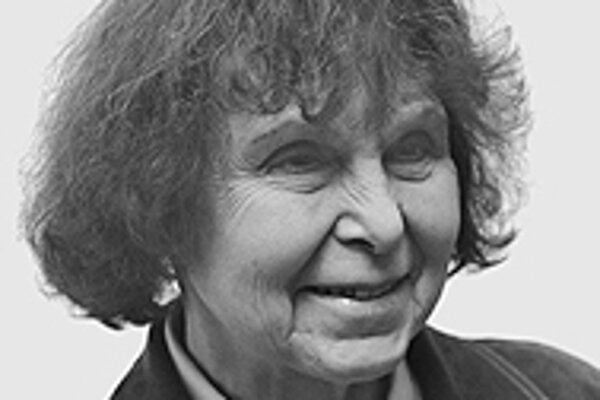 Font size:A-|A+0
THE LAST chords of the Offertorium for Violin and Symphonic Orchestra by Sofia Gubaidulina, played on Sunday, November 16 at the Slovak Philharmonic, concluded the ten-day International Festival of Contemporary Music in Bratislava, Melos-Ethos. The work, written by the world-renowned composer from Russia, merited a standing ovation from the public.

"The festival is over, and we can call it the festival of Sofia Gubaidulina," one of the festival's committee members, Oľga Smetanová, said after the concert.

Indeed, the event's last three evenings were mainly dedicated to the music of Gubaidulina: Slovak, Russian, and Swiss musicians performed six of her works composed for different ensembles. But how was it to perform the music of someone who has built her own original style on the tradition of the Russian school?

One of them, Leoš Svárovský, conductor of the Slovak Sinfonietta Žilina, said that her music "keeps you thinking and learning".

Professor Jozef Podhoranský, a cellist, said: "The music of Gubaidulina is a phenomenon. She is one of the most original contemporary composers known around the world. I first met her many years ago in Moscow, where I was studying cello. I was one of the first Slovak musicians to record her music. Performing her music does not present any technical difficulties. One just looks at the score, tries to imagine what all those signs she uses would sound like and then produces them. So it really makes one think!"

Marián Lejava, conductor and composer, said that performing her music is easy because of "its clear and uncomplicated structure. It has the miraculous quality of sounding different in every performance."

Similarly to the previous year of this biannual festival, which was dedicated to the music of Arvo Pärt, the organisers decided to invite a famous composer to Bratislava for a couple of days. According to the artistic director of the festival, cellist Jozef Lupták, it was easy to persuade Gubaidulina. "She was really enthusiastic. And all the musicians who performed her music loved having contact with the composer and exchanging ideas during rehearsals."

At the age of 72, Sofia Gubaidulina is still full of energy. Her eyes start to sparkle when she speaks about composing. She listens to music in an intense and concentrated manner and leans forward, trying to catch every single sound. At the same time, she is as humble, charming, and easy to communicate with as someone who does not take world fame seriously. Those qualities reflect in her music, which is intense, simple, transparent, and meditative.

Gubaidulina has always looked for special sound effects and used instruments in an unconventional way. The group of cellos in her composition Am Rande des Abgrunds (On the Edge of the Abyss) for Seven Cellos and Two Waterphones sounds like an organ or an animal breathing deeply. The musical texture of her works is so homogeneous that one never knows what instruments are really playing, as is the case in her Offertorium.

A very religious person and a believer in art as a form of spiritual life, Gubaidulina creates contemplative music, in which dynamic and agitated episodes are in perfect balance with quiet and relaxed moments. This is especially clear in Fata Morgana for Eight Cellos, and Introitus for Piano and Chamber Orchestra.

Obviously, all these particularities challenge interpreters. The musicians who performed Gubaidulina's music during the festival made a sincere effort to preserve the original spirit of her creations.

"I think the performance was really great," Gubaidulina said after the festival. "The musicians were highly professional and put their whole souls into the music. The public, though not so numerous, was very attentive. This is my first time in Bratislava, and I admire this city and the Slovak people."

Sofia Gubaidulina was born in Chistopol in the Tatar Republic of the Soviet Union in 1931. She studied piano and composition in Kazan and Moscow. During the Soviet times, she was a freelance composer, gaining her living by writing film scores. Her music was not recognized in the Soviet Union because of its modern language. She immigrated to Germany in 1991, and lives near Hamburg. Her music is now performed all over the world.