What's NEXT this November?

IN A MONTH full of contemporary music events, the NEXT festival stands out for its presentation of music that does not fit into any category. Its only guideline is that the sounds it presents are new and experimental - the two adjectives that form its name. 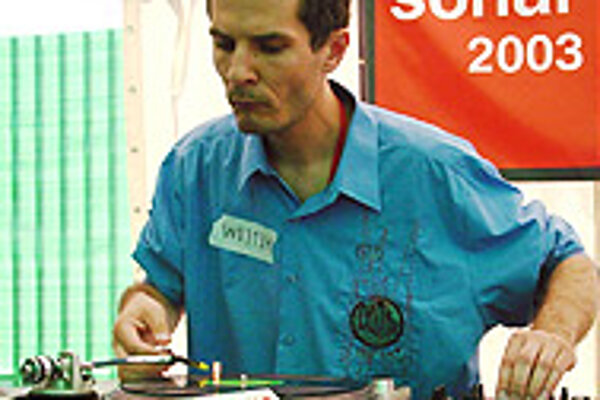 Font size:A-|A+
IN A MONTH full of contemporary music events, the NEXT festival stands out for its presentation of music that does not fit into any category. Its only guideline is that the sounds it presents are new and experimental - the two adjectives that fuse to form its name.

"Our festival is unique among the new music festivals because it presents music without respect to genre," said Slávo Krekovič, a director of Atrakt-art, the non-profit organization that runs the festival, and one of the organizers of the event, which takes place at Bratislava's Studio 12 from November 28-30.

"Compared to our previous events in 2000 and 2001," Krekovič goes on, "this one will focus more on improvised electronic music, just because I think there is a lot going on in this field. Without having any kind of conscious concept, various electronic devices will be used in all the gigs, although I have to say that this is an absolutely electronic-dance-music free event!"

A new aspect of this year's event is the invitation of two music collectives; the Polish record label Mik.musik, which releases a wide variety of electronic music, and Bratislava's own electronic noise musicians Urbsounds, to curate two of the event's three nights - Friday and Sunday - by creating their own program. Atrakt-art, managing Saturday night, will provide a bit of a balance to the other two nights.

"We decided to do Saturday ourselves and to include more acoustic or electroacoustic, not exclusively electronic sets," said Krekovič.

One of the festival's highlights will be that night: the performance of Maja Ratkje, who sings to electronic accompaniment and won a Distinction at the Ars Electronica festival in Austria in 2003 for her latest album, Voices. Other performers will be the Austrian avant-rock group Ground/Lift who mix electronic media with the intimacy of live performance, and VAPORI del CUORE, an experimental orchestra from Switzerland and Slovakia that will play in collaboration with Norbert Möslang, a musician who makes instruments from electronic appliances and everyday items.

On Sunday night, Mik.musik will present six of its artists in a program similar to one performed this year at high-profile festivals Sonar in Barcelona and Transmediale in Berlin. The label has produced its music since the mid-nineties in a "do it yourself" (DIY) style, distributing it on recordable compact discs with hand-printed graphics, usually in releases limited to 111 copies.

For Friday night, the Bratislava Urbsounds collective has invited three noise artists to perform: Massaccesi, from the USA and Spain, who creates soundscapes by cutting and pasting recycled samples; Nautillus Deconstruction, from Germany, who makes noise and sound collage; and Dave Phillips, from Switzerland.

The Slovak collective is formed from three distinct groups that work together to get gigs. They also follow the DIY ethic, which they adopted from the punk music scene.

"We used to play in punk bands but now most of us use electronic equipment because it's cheaper, easier, and offers more artistic possibilities," said Michal Lichý, who plays under the name urbanfailure. At the festival, all five members will perform together live for the first time.

As for the other festivals taking place this month, Krekovič has his own plans for distinction.

"We want to become the most important contemporary music festival in Slovakia," he says, half joking.

"[Our festival] is becoming quite well-known in the European scene of innovative music. Already, many musicians contact us because they would like to come to Bratislava."