THE SLOVAK National Theatre (SND) has brought a new opera to its scene, Duke Bluebeard's Castle by Béla Bartók. It is the first work on the SND stage under the direction of Martin Bendik, who closely collaborated on its production with the Hungarian conductor János Kovács, a specialist in Bartók's music, and with the stage designer Alexandra Grusková. 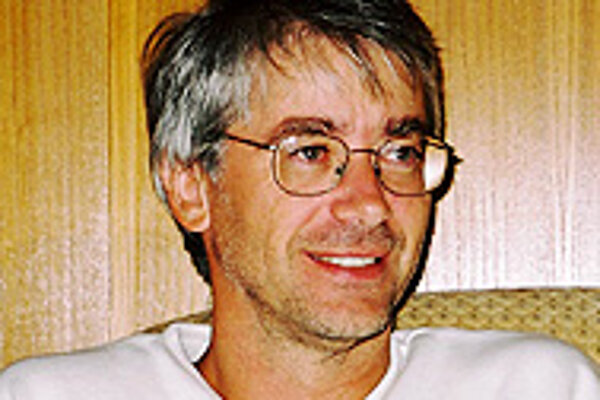 Font size:A-|A+
THE SLOVAK National Theatre (SND) has brought a new opera to its scene, Duke Bluebeard's Castle by Béla Bartók. It is the first work on the SND stage under the direction of Martin Bendik, who closely collaborated on its production with the Hungarian conductor János Kovács, a specialist in Bartók's music, and with the stage designer Alexandra Grusková.

Bendik worked at the State Opera in Banská Bystrica for seven seasons, where he staged operas like Haroldo, Luisa Miller, Tosca, and Nabucco by Giuseppe Verdi, Favorita by Donizetti, and Senior Bruscchino by Rossini. He also collaborated with the opera theatres in Košice and České Budějovice.

On the occasion of the premiere of Duke Bluebeard's Castle at the SND on November 6 and 11, The Slovak Spectator spoke to Bendik about his work and the future of opera.

The Slovak Spectator (TSS): You are the stage director of this spectacle. What was your starting point when you began to work on this opera?

Martin Bendik (MB): When I got the idea to stage the only opera composed by Béla Bartók, the first thing I needed to find out was 'Who is Bluebeard?'

I do not see this character as a nobleman; from my point of view he is a clochard - one who has lost everything. He has no future; he has nothing but a past that is unclear and dark. Bluebeard keeps his past behind heavily locked doors and he wants nobody to know about it. And Judith, his wife, is the only one who dares to open those doors. She brings light where there was darkness, she wants to learn more about the past, to be at peace with it. Judith symbolises the future.

TSS: And when she finally disappears behind the last door, it means she also becomes a part of the past, right?

MB: Right, like in life itself! This is a very pessimistic opera. In addition, it has no real intrigue. There are only two characters and for one hour they do nothing but open seven doors one after another. I love the symbolic language of this opera, I love the metaphors used by the librettist and composer. I have been dreaming about staging this opera for a long time.

TSS: Is it hard for the singers to perform such an opera?

MB: I used to think that it would be easy, but now I have discovered that it's the opposite. Imagine two singers on stage for a whole hour, during which they need to keep the attention of the public! And they have nothing to hide behind, no other characters, no choir. Another challenge is correct pronunciation - the opera is performed in Hungarian, its original language. I think the singers really meet the task; I would especially like to mention Denisa Hamarová and Gustáv Beláček.

TSS: You interpret Duke Bluebeard's Castle in a modern style. Also, the last three opera premieres at the SND showed a clear tendency towards the modernisation of this genre in Slovakia. Two of them, The Kiss by Bedřich Smetana, and Katya Kabanova by Leoš Janáček are 20th century pieces, and La Cenerentola by Gioacchino Rossini is a classical opera interpreted in a new way. What does the modernisation of opera mean for you? How do you understand it?

MB: Ninety percent of the repertoire of our opera house [the SND] - and it's normally like this in other theatres too - is formed by the classical operas of Verdi, Mozart, Rossini, and Puccini. I do not understand the modernisation of the opera to be only the staging of 20th century pieces. It also means a new look to the old creation. There is an essential difference between modernisation and modernity.

The first means an artificial attempt to actualise opera by adding some elements that are not organic to its nature. In such a case, it's nearly impossible to understand what the creators wanted to say by "modernising". The singers and the choir perform well, the orchestra plays nicely, but finally it's not clear what it is all for!

Another way is to look at opera from the point of view of modernity and to find in it something resonating with the present moment. Then even an apparently outdated piece starts sparkling with new colours and meanings and is easily understood by a broad public. To look on a deeper level, it's not even a question of modernising - it's a question of staging opera in an interesting, talented, original way. In this sense, I tend to believe that opera, unlike Bluebeard, has a future as a genre and not only a past!

TSS: What do you feel during the evening of the premiere?

MB: Finally, it's over! (laughs) After a certain time, a few weeks or one month after the premiere, I am able to look at my own work critically, from a certain distance.

The Slovak National Theatre performs Duke Bluebeard's Castle together with the ballet The Wooden Prince, also by Béla Bartók. The next performance takes place at 19:00 on November 28, at the SND building on Hviezdoslavovo Square. Tickets (Sk50-220) can be purchased (Mon-Fri 12:00-17:30) at the SND's Central Box Office on Komenského námestie, behind the SND building. Tel: 02/5443-3764.