Hanzel hopes attacks on prosecutors leave with him

THE TERM of Milan Hanzel, Slovakia's current Attorney General, will be up in January next year. The coalition has pledged to agree by Christmas on a replacement for Hanzel, who has decided not to run for re-election after serving five years in office. The Slovak Spectator met with Hanzel on November 25 to discuss the problems he has had to face as the country's top prosecutor. 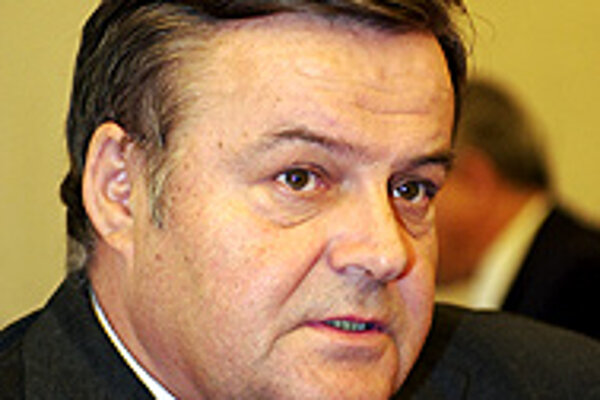 Font size:A-|A+
THE TERM of Milan Hanzel, Slovakia's current Attorney General, will be up in January next year. The coalition has pledged to agree by Christmas on a replacement for Hanzel, who has decided not to run for re-election after serving five years in office. The Slovak Spectator met with Hanzel on November 25 to discuss the problems he has had to face as the country's top prosecutor.

The Slovak Spectator (TSS): In the past you worked as a judge, an attorney, and in 1994 you briefly held the position of Justice Minister after serving as deputy minister for some time. What are your plans for the future?

MH: After the end of my election term I plan to continue working at the Attorney General's office.

TSS: Do you also have any political ambitions?

MH: I cannot rule out that I may be interested in running for parliament, but there has to be an offer from a political party whose politics correspond with my ideals.

TSS: What party could that be?

MH: In Holland I encountered a rare combination - leftist liberalism. And that's what I am inclined towards.

TSS: In a recent interview you mentioned that you are not interested in re-election because you have to "fight with attacks on the prosecution" and you don't have time to focus on your work. What's the nature of these attacks?

MH: On January 12 the Justice Minister [Daniel Lipšic] told me that it was necessary to change the position of the prosecution; he created a special commission and asked me to appoint people to it. But the objections of our representatives were not heard, so I just pulled them out of the commission. The entire process continued, however, and in the end I decided to ask the heads of the coalition parties to deal with it.

There were a lot of hassles around the law on special courts and special prosecutors [that was supposed to deal with corruption, organized crime, and crimes involving top country officials]. The prosecution worked out the first draft of that law. The Justice Minister and Interior Minister took that draft, cut some parts, added others, and the result is what we have now. Even before the law has come into effect, it is already obvious that we will have to adopt an amendment. But they were deaf to our pragmatic questions.

Another issue was the [prosecution's independent] budgetary chapter [which Lipšic proposed to cancel in favour of financing the prosecution through his ministry]. What was all that good for, when next year we will have to change the way the budget is made anyway? They just alienated judges and prosecutors. Is that any way to do politics?

Along with these legislative attacks, the prosecution has been tied into scandals based on semi-truths or even lies.

[The misdemeanours during a skiing trip in the Vysoké Tatry of mafia boss Mikuláš] Černák, [the halted legal proceedings against former journalist and top spook] Peter Tóth, the release from custody of [former intelligence service boss] Ivan Lexa, the phone-tapping scandal, our decision not to ask for the parliament to strip deputy speaker Pavol Rusko of his immunity.

[Hardly anyone] is criticized the way we are by the Interior Minister and the Justice Minister [both of them from the Christian Democratic Movement]. I'm not saying we don't have problems, but these are fabrications unworthy of constitutional officials.

TSS: Do you think that after the new attorney general is appointed, these attacks will cease?

MH: I hope so. I hope it is connected to my person. I hope they can find some agreement with my successor. Just look at how many decisions were turned into scandals and interpreted as my courting either [the ruling coalition party New Citizen's Alliance] ANO or [the ruling coalition party Slovak Democratic and Christian Union] SDKÚ in order for them to support me as a candidate for attorney general, even though I said back in June that I had had enough.

Through published commentaries full of fabrications and ungrounded speculation, there is pressure to influence the decision-making of prosecutors. But it's not a general problem. It's a matter of perhaps two dailies and one TV station.

TSS: Do you think their efforts are coordinated in any way?

MH: I think so. I'm convinced they are. Under past interior msinisters there was nothing of the kind. No one has noticed that in all those cases the prosecutors acted in line with the law. Are we really supposed to decide based on what a political party thinks, or what the papers write, or what the people think?

TSS: What are the reasons for the efforts of the Justice Ministry to have more control over the work of the prosecution?

MH: The changes to the position of the prosecution are included neither in the government's manifesto nor in the government's plan of legislative tasks for this year. It is difficult to assess whether it's just the personal initiative of Lipšic, or whether there are also backroom games behind it. We are in constant conflict with those affected by our actions, which is a very wide category. The work of a prosecutor is not popular.

TSS: Wouldn't it make more sense for you to stand up to these efforts and fight for the prosecution?

MH: I think we are doing enough and any of the three candidates would continue in the efforts I started and I support.

TSS: You touched on the three candidates for your position. What do you think about the three known candidates, military prosecutor Dobroslav Trnka, director of the special prosecutor's office Ján Bernát, and district prosecutor Vojtech Ernest?

MH: The candidates are known, and they are experienced prosecutors who care about the prosecution. I will tell you what I think the general requirements for the job are. Firstly, the prosecutor should be acquainted with the office. Secondly, the person should speak English or French at a professional level. These gentlemen meet these requirements. I don't favour any of them. Under certain circumstances all three have a chance.

TSS: The Slovak judiciary, and Slovak society in general, is often criticized as corrupt. What do you think are effective tools for tackling that problem?

MH: I believe it is impossible to set up a general system to fight corruption. It is primarily up to individuals in leading positions who know their organisations and workplace to put in place organisational measures. We shouldn't be making declarations and programmes and leading general debates. I'm also against the implementation of the programmes of the World Bank, because I know they have not worked anywhere. The tracts of Transparency International won't help either.

TSS: In a recent interview, you said that, when the case of the illegal phone-tapping of the daily SME surfaced, you had to take it away from prosecutors and hand the investigation over to military prosecutors to avoid a conflict between the intelligence service (SIS) and the police. Can you say more about this?

MH: In no case will I say more about the threat of this conflict, because it would be very simple to deduce from that what it was all about. I didn't come out with this to stir up a scandal or to turn the case into a national pastime. However, I took the case away from the district attorney based on some specific information. There were huge allegations at the time that I tend to sweep things under the carpet, which offended me. And I was also offended by the claim that I allegedly restricted the constitutional rights of the interior minister over the course of the investigation. Some people were again convinced that it was a case of the bad prosecution getting in the way of the good police investigators. I was deeply offended and I'm not a person who forgets, so I waited for an opportunity to remind these gentlemen that I was forced by circumstances to do what I did.

TSS: If the military prosecutors did just as thorough of a job in investigating, as you claim, how did the fact that they dealt with the case instead of regular prosecutors help avoid a conflict?

MH: By answering, I would lead you to specific conclusions. I will not comment, because I would just give more ground for speculation. But I ask myself, remembering the accusations fired between the Interior Ministry, the police, and the SIS: wouldn't there have been suspicions that police investigators worked for the Interior Ministry if they were the ones to announce that the illegal phone-tapping was done by the SIS?