Environment does not come cheap

PEOPLE in Slovakia do not tend to talk much about the environment outside of serious problems in the form of catastrophes or higher prices. However, the issue is becoming more urgent, as Slovakia must bring the state of its environment into harmony with EU standards. This will not happen overnight and the process will cost Slovakia over Sk188 billion (€4.6 billion), said Environment Minister Laszló Miklós in an interview with The Slovak Spectator. 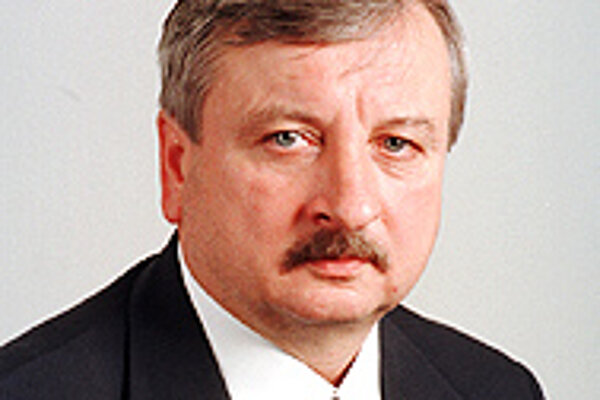 PEOPLE in Slovakia do not tend to talk much about the environment outside of serious problems in the form of catastrophes or higher prices. However, the issue is becoming more urgent, as Slovakia must bring the state of its environment into harmony with EU standards. This will not happen overnight and the process will cost Slovakia over Sk188 billion (€4.6 billion), said Environment Minister Laszló Miklós in an interview with The Slovak Spectator.

The Slovak Spectator (TSS): A recent survey suggested that only one percent of the population is aware of the gravity of environmental problems. Do you agree with this observation?

László Miklós (LM): I do not think this is completely true. On the other hand, it would be difficult to prove the opposite. People do not tend to talk much about the environment unless there is a serious problem affecting them. After all, there are two ways to sharpen consciousness about the environment: money and catastrophes. Certainly, we do not hope for any catastrophes, so it is mostly money that could draw the citizens' attention to environmental aspects that always, either directly or indirectly, get reflected in the economy and prices in general. I also do not wish that measures taken in my department dramatically affect the purses of the citizens.

TSS: Next year the Environment Ministry's budget will be cut by Sk800 million (€19.57 million), including over Sk400 million (€9.79 million) destined for water management. How will the cuts affect the planned anti-flood measures? Have the impacts of the budgetary plans on the environment been seriously considered?

LM:The cuts have been drastic, as the coffers are even thinner than they were in the draft state budget approved in June of this year. The cutback will jeopardize anti-flood measures, and I can only hope that nothing happens. Undoubtedly, certain measures will have to be secured anyway. This also goes back to your first question and the fact that sometimes only emergency situations can make people conscious about environmental challenges.

However, the budget has not been approved yet and I do not want to make hasty conclusions. We will strive to get more funds. We have sent some proposals to the parliamentary environment committee, but they have not been approved yet - so I choose not to specify them. Maybe taking some loans will be one of the options.

TSS: The Hungarian Coalition Party (SMK) is your mother party. However, the environment is not among the priorities of the SMK.

LM: The SMK is supportive of my agenda. However, I have to say that the SMK's top priority is to achieve direct subsidies for Slovak farmers at 55 percent [of direct payments that farmers receive in other EU countries]. More or less, each party has one key priority that it vehemently pursues.

TSS: As of December, Slovakia will be plugged into the system that signals and coordinates the removal of industrial accidents that cross state borders. Is Slovakia technically prepared to join the system? What industrial branches present the greatest danger in Slovakia?

LM: The budget will have no direct impact on Slovakia joining the system, as companies operating under the law on industrial accidents secure the system. I think the companies are well prepared, as it is not something completely new. Companies operating in the former Czechoslovakia had their accident prevention plans. When adopting the law 2-3 years ago, the government checked the state and readiness of the companies.

Chemical and energy production remain the most environmentally risky sectors. However, these companies have invested huge amounts of money in environmental protection. The other sphere, which we could call "shooting at moving targets", includes mobile sources of pollution, such as the transport of dangerous materials or air pollution from exhaust. There are many such sources in Slovakia and it is difficult to eliminate them.

TSS: Are you considering the installation of environmental taxes?

LM: The debate has been going on for more than 10 years. After the Velvet Rsevolution, when the first tax system was planned, eight categories of taxes were considered,s and one of them was environmental taxes. However, these plans have never been fulfilled. There were some trials under my first management of the ministry in 2000, when we were unhappy with the budget allocated for the department of the environment. We were seeking new forms of financing the department, and one of the solutions was the introduction of environmental taxes and fees flowing into the environmental fund. Our proposals got rejected and, since then, we have not succeeded in pushing special environmental taxes through. However, we are certain that the introduction of some stimulating economic tools to the tax system will be necessary. For now though, the current government has chosen the system of flat rate taxes and a simplified scheme of specific taxing, claiming that not taxing is a major way to fill the state's coffers for the environment.

TSS: Which are the most important environment-related directives that will apply to Slovakia once the country enters the European Union?

LM:The most painful ones are those for which we had to apply for a transition period, as we simply cannot manage the related tasks. One of them is a directive obliging municipalities with over 2,000 residents to build a sewer network and a multi-grade wastewater purification system. However, this is such an important and expensive step that we had to apply for a transition period until 2010 for towns and villages with populations over 10,000, and until 2015 for municipalities with populations between 2,000 and 10,000. Then there are directives pertaining to emissions of volatile organic substances contained in fuels, which will affect many gas stations.

TSS: Will the country's accession bring new rules for foreign investors; will it change their conditions for entering the Slovak market?

LM: The investors know the rules in the European Union very well. However, sometimes they attempt, and I am not trying to criticise them here, to find some escape hatch to avoid these regulations when coming here. They also often complain that, for example, the process of assessing the environmental impacts is too lengthy. But every single investor knows that the same regulations are in effect in Slovakia as in the EU.

TSS: Will EU directives have a serious impact on Slovak industries and companies?

LM: This will not happen overnight. However, according to an integrated approximation strategy, reaching a state of environmental management matching EU standards should cost Slovakia Sk188 billion (€4.6 billion) by 2030, with the highest amount between 2010 and 2015. Apart from this sum, operating costs should also be considered with total costs of Sk220 billion (€5.38 billion). This country does not have that much money in its pocket. One third of the sum should be covered by the state budget; the second third should come from the municipal sphere, and the private sector should pay the final third. The "polluter pays" principle should apply, increasing the share of the private sphere as time goes on, since new companies should automatically be environmentally friendly.

However, the situation of the municipal sphere is the most complicated, as it has not yet developed a well-functioning scheme for the distribution of taxes and incomes.

The state is not a polluter, thus the government should not be demanded to build a sewer for every street in a village. However, for the time being, this is what is happening when each mayor tries to make the state pay for each sewer the village builds.

TSS: The EU has been insisting on the reduction of the waste stored in dumps. What measures is Slovakia planning in order to catch up with this EU tendency?

LM: Similar ones to those applied within the EU. A draft revision to the law on waste has been submitted to the parliament to increase fees for storing waste in dumps and press for tipping reduction. The draft stipulates that fees per one tonne of waste tipped should increase until 2007 and gives preference to separated waste. The currently valid law on waste has created ground for the recycling fund and objectives for recycling. The fund also supports the recycling industry financially, which further increases the extent of recycling.

For now, the greater territorial units (counties) do not own waste dumps. We proposed that part of the fees collected for waste storage goes to the pocket of the counties so that they can join regional solutions to waste management, for example through projects that can also apply for EU funds.

TSS: Are the third sector and activists active enough in environmental protection in Slovakia?

LM: I think I will never be completely satisfied with anything. Not even with my own work. However, I must say that most of the non-governmental organizations are on the side of the environment and even when they criticize us, it is positive criticism.

The NGOs can now join the legislative process and they do take advantage of that possibility, which sometimes prolongs the whole process. The organisations often challenge the decisions of the state bodies, which is sometimes justified, sometimes not, and cause serious delays.

While a state body has authority and also carries the responsibility for its decisions, the NGOs have the right to enter the decision-making process but are not responsible for the results. In some cases, the lobbying of the NGOs might be so strong that the state body yields and makes the wrong decision, and the NGO does not carry any responsibility for that, but the state body is heavily criticized by the inhabitants, owners, or users of agricultural fields or forests.