The treasure of Gothic art in Slovakia

THREE statues over two metres high of Madonna, St Catherine, and St Barbara, from Banská Štiavnica, which were carved in wood at the beginning of the 16th century, most probably belong to one altar. Since the altar was dismantled in 1727, nobody has seen them stand next to each other. The Madonna belongs to the local Church of St Catherine, and the two other saints are the property of the town's Slovak Mining Museum. 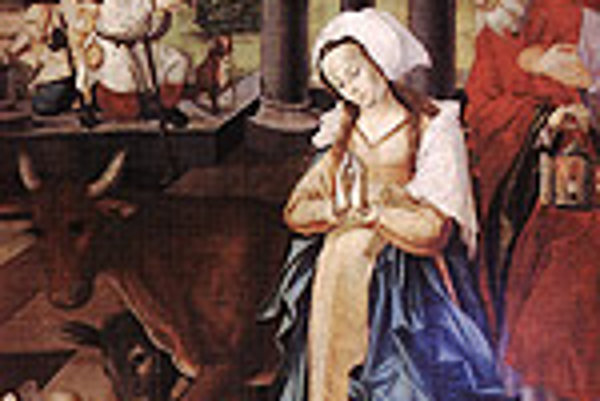 Font size:A-|A+
THREE statues over two metres high of Madonna, St Catherine, and St Barbara, from Banská Štiavnica, which were carved in wood at the beginning of the 16th century, most probably belong to one altar. Since the altar was dismantled in 1727, nobody has seen them stand next to each other. The Madonna belongs to the local Church of St Catherine, and the two other saints are the property of the town's Slovak Mining Museum.

For the first time, the public has the chance to see the trio reunited at the monumental exhibition Gothic Art, which recently opened in Bratislava. Over 300 exhibits are displayed in rooms of the Slovak National Gallery's two buildings and at the Bratislava City Museum located in the Old Town Hall.

"The gothic style represents the richest era in our cultural history - in the quality of the monuments and in their significance for the history of European art," said Dušan Buran, the exhibition's curator and the editor of a 900-page representative publication.

Apart from wooden sculptures and panel paintings, which mostly come from larger wholes, like altars, there are also crosses, chalices, garments, censers, and monstrance articles made of gilded silver and richly decorated. There is the early 16th century altarpiece of St Anne from the Spiš region, and the mid-14th century sandstone sculptures from the Adoration of the Magi series garnishing the tower of Bratislava's Klarisky Church.

"The exhibition has two goals. The first is to point out the exceptional artistic quality of the preserved collection of gothic art in Slovakia and, at the same time, its acute endangerment, if those at the top level don't start relevant intervention in favour of its recovery [soon]. The second goal, or scientific ambition of the project, is to bring the research of our gothic art into an international context. We managed to do this by building an international team of authors for the publication, in which our historians are alongside significant figures of European art history."

All together, Buran says, preparation for the exhibition took three years. While working on the book's concept - gathering the material, travelling from archive to archive at home as well as abroad, and analysing and editing the vast texts - he was simultaneously negotiating the conditions for borrowing works for the exhibition.

"Despite several refusals [by owners] and substituting certain works with others, after the exhibition's opening, I can say that my effort, as well as that of others, was not in vain," Buran says.

"We managed to put together artistic artefacts of a great value. Over the last decades, there have been fewer and fewer public collections or clerical owners willing to lend their gothic works due to objective - mainly conservational - as well as subjective reasons. From that viewpoint, I consider this [exhibition] to be a little miracle," he explains.

After the exhibition ends on March 21, 2004, the works will return to their owners. A similar fate awaits the three huge Štiavnice statues, each migrating back to their original places.

"I don't think that reuniting all three statues into their previous form as an altar is necessary. What is necessary though, is the detailed research and consequent restoration of the Madonna [sculpture]; otherwise, we would soon have to face its static endangerment, significant damage of the wood, and negative consequences to its coating's chemical processes."

The Gothic Art exhibition runs from Tuesday to Sunday from 10:00 to 18:00, at the Water Barracks and Esterházy Palace of the Slovak National Gallery at Rázusovo nábrežie 2 and Námestie Ľ. Štúra 4, respectively. Part of the display is at the Bratislava City Museum at Primaciálne námestie 3. Tel: 02/5443-2081 (2).