THE INTRODUCTION of tuition fees at universities is to increase school capacities so that everyone who meets the criteria and is interested will have access to higher education, Education Minister Martin Fronc said in an interview with The Slovak Spectator. 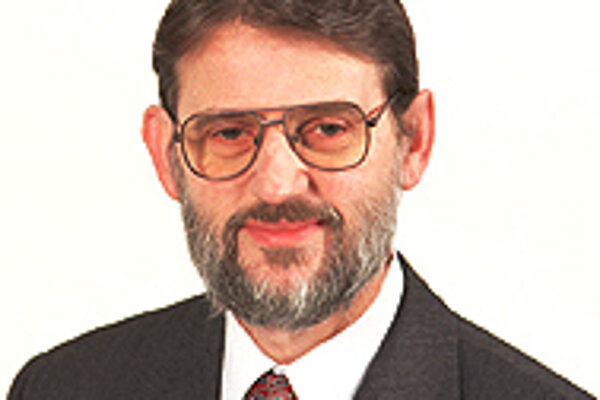 Font size:A-|A+
THE INTRODUCTION of tuition fees at universities is to increase school capacities so that everyone who meets the criteria and is interested will have access to higher education, Education Minister Martin Fronc said in an interview with The Slovak Spectator.

The Slovak Spectator (TSS): The finance and education ministries have prepared a model of tuition fees for universities. Critics fear that the fees will prevent the socially weak from accessing university education. Will universities be able to secure a functioning system of scholarships?

Martin Fronc (MF): The government has allocated Sk200 million (€4.88 million) for scholarships for students from low-income families. However, the ministry assumes the allocation of Sk700 million (€17.08 million) from state coffers. The scholarships will be distributed based on the minimum subsistence level, and the income of the student's family. Presumably, 30 percent of students will be eligible for state support. The highest social scholarship will be Sk5,050 (€123) monthly, which is 1.2 times the subsistence level. The draft revision on university fees assumes that scholarships will rise simultaneously with the increase of the subsistence level. The law will also introduce a new system of student loans that will be accessible to all students up to the sum of their education expenses. The interest rate of the loans will match the state's expenses for securing the loan. The students will start paying the loans from the day they receive them, or when they start earning money. They can even shelve the first payment until they finish their studies. The government also plans to run special programmes for some professions, for example elementary school teachers.

TSS: The government's programme states that, within five or six years, the universities will have the capacity to provide education to everyone who is interested and meets the criteria. Is this aspiration realistic?

MF: One of the reasons for the introduction of tuition fees was to increase the capacity of universities and secure the admittance of the highest possible number of students, regardless of their social situation. However, apart from the number of students, the quality of the education provided should also rise.

TSS: In early November the parliament passed laws crucial for the reform of regional schools. What are the most important changes that the laws bring?

MF:The law on financing elementary and secondary schools and educational institutions introduces radical changes to the financing of regional education. The schools will receive money from the state according to the number of students they teach. [Currently the schools receive money by the number of classes they have, which drove schools to run many classes with very few students.] The move will create a transparent system of redistributing state budget funds.

The law on state administration in the education sector and school governments establishes eight regional school offices that will secure consulting in the sphere of running and organizing the education process. The operation of the offices should also bring a flow of funds into the pockets of the founders and managers of the schools. The law also introduces a five-year term for school directors. The system of the creation of school networks will become more transparent and better conditions will be created for its rationalization.

MF: Private and state schools will receive equal operating funds. Of Slovakia's 3,640 schools, 3,400 are state-run, 80 are in private hands, and 160 are church schools.

TSS: In early July, the New Citizen's Alliance sharply criticized the agreement with the Vatican on Catholic education. You, Mr. Fronc, said that a similar agreement with other registered churches was in the pipeline. How are these agreements progressing?

MF: Both agreements have been approved by the cabinet and delivered to parliament. We are waiting for them to be included in the parliamentary agenda.

TSS: The problem of tuition fees for external studies at the universities seems to remain unsolved, and despite your warning that the collection of fees is illegal, the faculties keep collecting money in the form of financial gifts. How will you solve this problem?

MF: We want to solve this problem by revising the law on universities, which will install tuition fees for both forms of studies - external and internal. Money that students pay to different associations and groups does not always end up in the pocket of the schools. If the suspicion of illegal collection of fees turns out to be true, the minister will take the steps that the law entitles him to take. [The minister can restrict and limit the powers of the academic government of a public university or its faculties with the approval of the representation of universities. The minister can also fully withdraw the authorities from the school if the institution violates the law.]