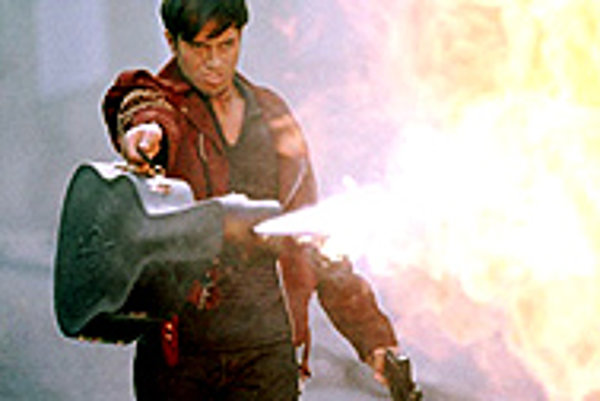 DURING the closing credits of Kill Bill Vol 1, director Quentin Tarantino thanks a number of different people, film figures and otherwise. One acknowledgement is to a fellow Hollywood outsider: "Robert Rodriguez, my brother." It is entirely appropriate to connect these two Hollywood fringe figures; however, with their latest films, Tarantino seems to be far outshining his younger "brother".

Tarantino and Rodriguez have worked together before: Tarantino wrote and produced the Rodriguez-directed From Dusk till Dawn, they collaborated (with fellow directors Allison Anders and Alexandre Rockwell) on the segmented Four Rooms, and Rodriguez will reportedly score Kill Bill Vol 2. Above all, the two seem to share an affinity for irreverent, highly stylized violence.

Tarantino seems to find his inspiration for this from many different sources - blaxploitation, Hong Kong action, Japanese samurai movies, and revisionist westerns being the most obvious. It is in the last category, and in particular in its Italian offshoot - the spaghetti western, perfected by director Sergio Leone - that Rodriguez draws seemingly all of his inspiration.

Leone took the revisionist western mythology of the violent American outsider and put a more southern, Mediterranean spin on it. With Rodriquez's Mexican heritage and his subsequent cinematic focus on Mexico, a country with an obviously strong Spanish influence, it makes perfect sense he would be drawn to and utilize Leone's work.

To provide a bit more colour, Rodriguez adds the always welcome Johnny Depp as a rather eccentric, corrupt agent of the Central Intelligence Agency, an extremely rough-looking (to put it kindly) Mickey Rourke as a fugitive American criminal who works for the head of a major cartel (Willem Defoe), and the Spanish-born pop star Enrique Iglesias as an assistant to El Mariachi.

The film has some wonderful quirky moments and some great action sequences, but, in the end, it falls flat. Apart from a few moments of brilliance, even Depp, a performer with the rare ability to transport a movie out of mere mediocrity, comes across largely uninspired. The film gets frequently bogged down by its plot, which is unnecessarily complicated and difficult to follow. Rodriguez makes his admiration of Leone clear, but, unlike "brother" Tarantino, with his latest film at least, he fails to add anything new to what Leone already perfected.