Land sale to foreigners put off

FOREIGNERS can start buying farmland and forests in Slovakia in 2007 at the earliest. The parliament turned down the Finance Ministry's proposal to enable land ownership for foreigners right after May 2004, the date Slovakia enters the European Union.
The new amendment to the Foreign Exchange Act will open the farmland market to foreigners three years after the country's EU entry if the potential owner has used the land for farming for at least three years and has a temporary residence in Slovakia. 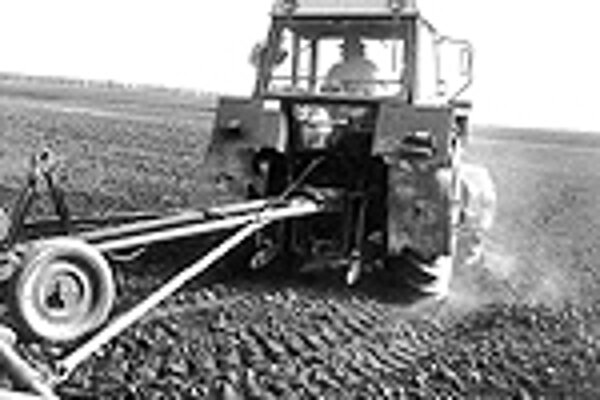 Font size:A-|A+
FOREIGNERS can start buying farmland and forests in Slovakia in 2007 at the earliest. The parliament turned down the Finance Ministry's proposal to enable land ownership for foreigners right after May 2004, the date Slovakia enters the European Union.

The new amendment to the Foreign Exchange Act will open the farmland market to foreigners three years after the country's EU entry if the potential owner has used the land for farming for at least three years and has a temporary residence in Slovakia.

The full liberalization of the land market will start after 2010.

The parliament took into consideration that Slovak farmers feared there would be a massive land buy-up by foreigners. The price of Slovak land is about ten times lower than it is in EU countries, and Slovak farmers mostly do not have the money to invest in land. Thus, they have warmly welcomed the parliament's decision.

They are confident that in three years they will be able to pull together the money to purchase the land themselves.

"The state should not deprive Slovak farmers and entrepreneurs of the possibility to purchase domestic land, especially during a stagnation of the land market when citizens have no access to financial sources for acquiring the land they work on," he added.

During negotiations with the EU, Slovakia acquired a seven-year interim period for land purchase. However, the Finance Ministry decided to slash the period for those who have already been farming on the land for three years.

The SPPK called the three-year period a good compromise.

According to the SPPK, land ownership is an important basis for developing long-term agricultural programmes and projects.

EU farmers often work on rented land. However, ten new members marching into the EU, further agricultural commodities, international trade liberalization, and support for US farmers will make the competition even tougher, the SPPK says.

The chamber thus essentially recommends that Slovak farmers take advantage of the three-year period and try to purchase the land.

"It could be one of the most important stabilizing factors for their farms. There might be no other chance later on. If there are other people interested in purchasing the land and they have strong capital, they could first rent the land and later easily become owners," said Nemec.

So far, foreigners have mostly been uninterested in Slovak land.

The Agriculture Ministry suggested that foreign interest in purchasing Slovak land has been close to zero.

"Though we have no official statistics, we have received some signals that foreign companies already working on Slovak land are interested in buying it. But we are only talking about five or six companies," said Katarína Czajlíková, the spokeswoman for the Agriculture Ministry.

In response to the question of whether the three-year period is really needed, as a massive land purchase is unlikely to hit Slovakia right after EU accession, Czajlíková said: "I can only say that the original government proposal assumed no transition period for those who have already worked on the land and have temporary residence in Slovakia. But as far as I know, all candidate countries have a transition period for foreigners buying land."

The SPPK has also said that foreign interest in Slovak farmland is currently not particularly high.

"But this could gradually change. Western European entrepreneurs may start to move a portion of their production to other places because of strict environmental rules.

"Many of them would be attracted to Slovakia because of its lower prices and rents. Some analysts say they will not only be big investors; smaller ones might come here and buy no more than three or four hectares. If these visions come true, foreign interest will certainly grow, and one cannot rule out speculative deals. The most attractive land will be, of course, in Slovak regions with fertile soil," Nemec added.

"We suppose that the price of land will gradually grow. But it will be only to such an extent that the Slovak market can accept. And this fact could also have a significant impact on foreign investors' interest," added Nemec.

Despite low land prices, Slovak farmers are at a disadvantage, as their coffers are almost empty. They are often discouraged by the current conditions of bank loans. "Apart from high guarantee requirements, there is also usually a short period of loan maturity," Nemec explained.

The Agriculture Ministry has already negotiated with Slovak banks about the possibility of special mortgage loans to farmers. "About five to six banks have shown interest in providing such financial products. The banks are now in the process of working out the conditions for such loans," Czajlíková confirmed.

As the SPPK said, farmers would like to see loans with a 20 to 30-year instalment period and an initial several-year grace period. The Agriculture Ministry, however, is not considering introducing a system of state support to lower the loan interest rates.