A winter touch of aristocratic history

ACROSS Slovakia, museums dedicated to Slovakia's royal past are warming visitors' spirits in much the same way the aristocracy must have warmed their own in their drafty castles and manor houses. The resulting decorations, carols, and festivities add a touch of aristocratic romance to the Christmas season. 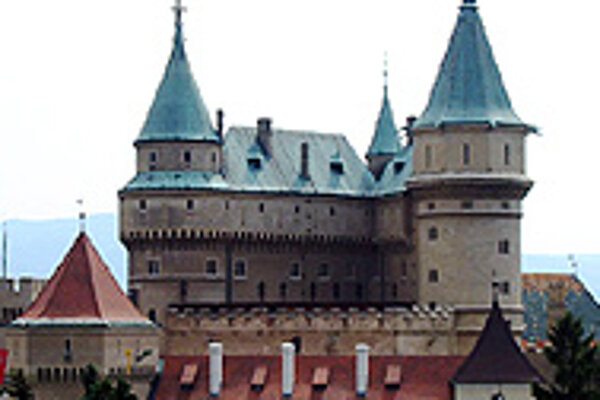 Font size:A-|A+
ACROSS Slovakia, museums dedicated to Slovakia's royal past are warming visitors' spirits in much the same way the aristocracy must have warmed their own in their drafty castles and manor houses. The resulting decorations, carols, and festivities add a touch of aristocratic romance to the Christmas season.

If all goes according to plan, the rooms and courtyard of Bojnice Castle, in western Slovakia, will breathe with the noble life of the past - biblical characters, shepherds, and musicians. This is the tenth year the castle has had a holiday event, which they have titled Noble Christmas and the Three Kings in the Castle, for 2004.

The three kings and the queen of Saba will lead visitors through the building, which was reconstructed in a neo-Gothic style in the 19th century. The guides will reveal rooms decorated with Christmas trees, candles, nativity scenes, and decorations.

In the vision of the organisers, "uplifting voices singing carols from the courtyard and the historical characters will offer human warmth, good, and hope". The staff, meanwhile, offers to have Santa Claus give gifts to children at the end of its program, if parents arrange for it beforehand.

In eastern Slovakia, the Betliar Manor House is holding an exhibition called Christmas in the Manor House until January 15. The museum, which specializes in the history of gentry, and its grounds, a large park, were once a hunting palace of the Andrássy family. The exhibition combines the manor's noble and botanical aspects, decorating the interior with Christmas wreathes designed and created by Betliar and Slovak National Museum employees under the guidance of Brigita Nagyová, the head of the museum's department of historical greenery.

The museum is located at Kaštieľska 6, Betliar, and open Tuesday through Sunday from 9:30 to 14:00.

A series of performances designed to catch the festive Christmas atmosphere will take place in northern Slovakia at the Orava Castle. A nativity scene will be set from December 27 to 30, including a live Bethlehem on the 27 and the 28, and a small poetic theatre performance on the 28, at 14:00. In the courtyard on January 3 and 4, the castle will put on a concert by Christmas carollers and well-wishers, and a performance by a children's folklore troupe.

The renovated castle received a neo-Gothic remodelling at the beginning of the 20th century. It is perched on a cliff that overlooks the town of Oravský Podzámok in northern Slovakia and once allowed its inhabitants to control the entire Orava region. It is hard to miss.