Slovakia plays growing role on the Western stage in 2003

AFTER the general elections in 2002, four centre-to-right parties; the Slovak Democratic and Christian Union (SDKÚ), the New Citizen's Alliance (ANO), the Hungarian Coalition Party (SMK), and the Christian Democratic Movement (KDH) - gained a slight majority in the 150-seat parliament. 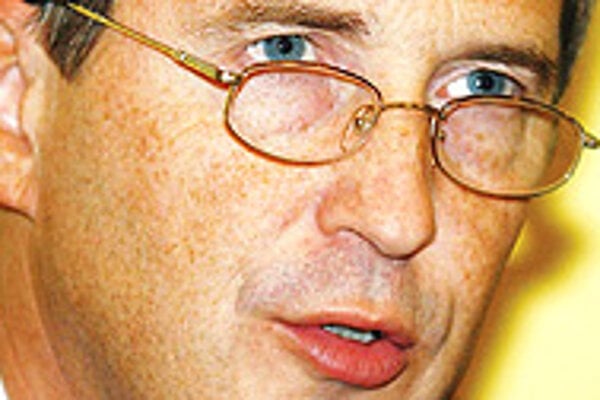 AFTER the general elections in 2002, four centre-to-right parties; the Slovak Democratic and Christian Union (SDKÚ), the New Citizen's Alliance (ANO), the Hungarian Coalition Party (SMK), and the Christian Democratic Movement (KDH) - gained a slight majority in the 150-seat parliament.
During 2003, the ruling coalition managed to lose that majority and leave voters wondering what the new year would bring. The following events led to the change:

May 26 - Former deputy leader of the co-ruling ANO, Anton Danko, leaves the party, but wishes to remain in the ruling coalition. The coalition has an overall majority of just two MPs. He describes ANO leader Pavol Rusko as dictatorial, leading Rusko to comment that Danko's departure from the party was no great loss.

August 5 -PM Dzurinda announces at a press conference that he knows about the existence of a "group" that is working to discredit the Slovak Intelligence Service (SIS) and his SDKÚ party. Later that month, opposition MP Robert Kaliňák, head of the parliamentary defence committee, releases a list of seven state officials, journalists, and entrepreneurs who Dzurinda allegedly had in mind. The boss of the National Security Office (NBÚ), Ján Mojžiš, is among them.

August 25 -The ANO boss announces that the ANO voted to recall Economy Minister Robert Nemcsics and Deputy Transportation Minister Branislav Opaterný, both ANO nominees, from their posts. He confirms that the decision to oust the officials from their posts is motivated by their recent statements in the press, in which Nemcsics and Opaterný were critical of Rusko's authoritarian practices in the ANO.

September 3 -The ANO decides Rusko will step in to replace the outgoing Robert Nemcsics.

September -Both Nemcsics and Opaterný return to parliament, leave the ANO caucus, and become independent MPs, although both declare their support for the ruling coalition. The coalition has direct power over only 75 MPs and loses its majority.

September 10 -In an unexpected turn of events, PM Dzurinda decides to recall Defence Minister and SDKÚ vice chairman Ivan Šimko from his position. Šimko is sacked after he refuses to abide by party orders to support the withdrawal of NBÚ boss Mojžiš from his post.

October 30 -The ruling coalition repeatedly fails to elect ANO member Ľubomír Lintner to the vacant deputy speaker seat. Only 63 MPs of the needed 76 support Lintner for the post. The ballot is secret and comes one day after the unsuccessful first vote on Lintner on October 29, when 60 MPs supported the official. ANO boss Rusko tells journalists that his party received a slap in the face from its ruling colleagues but that the ANO was not going to take any dramatic measures against them.

November 16 - Šimko launches a new political platform, the Free Forum (SF). The group plans to unite SDKÚ members seeking to reform the party. SF supporters say they have no plans to break away from the SDKÚ yet.

December 5 -Dzurinda and Šimko meet to find a way out of the internal SDKÚ crisis. No such solution is found.

December 8 - Seven MPs of the SDKÚ, headed by Šimko, quit the party and its parliamentary caucus and announce the launch of their own party at the start of the new year. Šimko says he expects the coalition to present a solution to the deadlock, while the coalition wants Šimko to present his demands. The ruling coalition now officially has control over only 68 of the 150 members of the legislature.