THE ELECTION of Štefan Harabin as Supreme Court chief justice at the end of 2002 came as a blow to most supporters of judicial reform in Slovakia. After the 2002 parliamentary elections, which again put in power democratic and reform-oriented parties, Harabin's election was seen by some as a clear warning that the fight for deep change is far from over. Throughout 2003, though, Slovakia seemed to move steadily in the direction of reform: 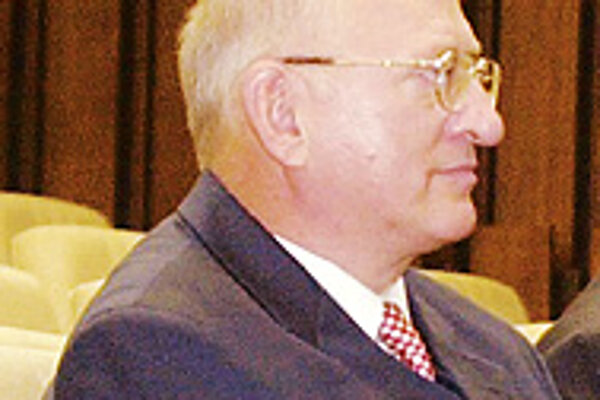 THE ELECTION of Štefan Harabin as Supreme Court chief justice at the end of 2002 came as a blow to most supporters of judicial reform in Slovakia. After the 2002 parliamentary elections, which again put in power democratic and reform-oriented parties, Harabin's election was seen by some as a clear warning that the fight for deep change is far from over. Throughout 2003, though, Slovakia seemed to move steadily in the direction of reform:

January 13 - Justice Sergej Kohut, who unsuccessfully ran for the position of Supreme Court chief justice, lodges a complaint with the Constitutional Court, saying that the December 20 re-election of Harabin was unconstitutional. The election of Harabin to his second five-year term dashed the hopes of some for change in Slovakia's judicial system.

February 19 - The Constitutional Court rules that the rights of Kohut have been violated, voiding the December 20 re-election of Harabin. President Rudolf Schuster, who appoints the head of the Supreme Court, says he will respect the decision.

February 24 - The Judicial Council, which decides personnel matters in the judiciary, agrees that new Supreme Court elections will be carried out in April 2003.

May 7 - Members of the Judicial Council once again fail to elect a new chief justice. None of the three candidates - Milan Karabín, former head Harabin, or acting head Jozef Majchrák - manage to get enough votes to secure the post over two rounds of voting.

June -Three judges - Ida Hanzelová, Štefan Minárik, and Harald Stiffel - are nominated for the post of Supreme Court chief justice. None of them are elected.

July -For the first time in Slovakia, the Supreme Court's disciplinary panel punishes a judge with its highest possible sanction: dismissal. Alexander Mojš, a judge of the Banská Bystrica regional court, bears the punishment. Although in the past he has called for tougher penalties on erring judges, Justice Minister Daniel Lipšic disagrees with the punishment, saying that he believes Mojš has not acted unjustly. The president of the Banská Bystrica regional court, Ľudovít Bradáč, believes that the sacking of the judge will increase tensions within the judiciary and evoke negative reactions from the public.

Parliament revises the law on judges, introducing the principle of zero tolerance of corruption as of September 1. Earlier, parliament agreed to introduce this principle into the law on notaries and executors. Those lawyers convicted of a serious criminal offence or corruption will be permanently disbarred.

September 19 - MPs again pass the law on judges introducing the zero tolerance principle, after an earlier veto by President Rudolf Schuster. The amended law will, among other requirements, oblige judges to make their property declarations publicly accessible via the internet. The law is expected to enable quicker punishment, demotion, and even the release of those judges who drink on the job, neglect their work and leave backlogs of unsolved cases, or those who simply delay court action for various reasons, including bribery.

September 30 - Eight months after the post became vacant, members of the Judicial Council elect judge Milan Karabín as the new president of the Supreme Court in a secret ballot. Karabín, 54, wins 10 out of 18 votes, the smallest margin needed to qualify for the position. Karabín briefly led the top court six years before, though he resigned from the position at the end of 1997 due to what were officially called health concerns. Suspicions that he gave up the post due to pressure from the political elite surrounding then-PM Vladimír Mečiar have never been proven.

October 2 -The World Bank releases a study according to which the court system in Slovakia has changed little since the fall of communism in 1989. The courts are slow and ineffective, which makes them a feeding ground for corruption, and judges and court staff members are inadequately managed, the report suggests. However, concludes the report, the situation is not as bad as it appears to the public.

October 7 -In an official ceremony, Karabín is appointed to lead the Supreme Court.

October 21 - The parliament approves legislation establishing the Office of the Special Prosecutor and a Special Court, which the government hopes will be an effective tool in the fight against corruption and organised crime. Legislators also pass provisions enabling the increased use of agents in the investigation of corruption and sanctions against those who fail to report bribery attempts.