"WE CAN'T discuss this over the phone." The phrase has, in the course of 2003, become widely used by entrepreneurs and politicians alike, thanks to the numerous wiretapping scandals that began to surface right from the beginning of the year: 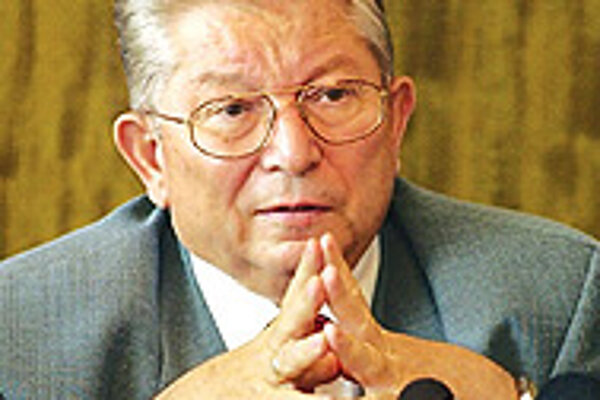 "WE CAN'T discuss this over the phone." The phrase has, in the course of 2003, become widely used by entrepreneurs and politicians alike, thanks to the numerous wiretapping scandals that began to surface right from the beginning of the year:

January 11 - The daily SME reports that a phone interview between a SME reporter and Pavol Rusko, leader of the ruling coalition member New Citizen's Alliance (ANO), was taped and Rusko received the recording from an undisclosed source. Rusko later alleges that his phone was illegally tapped, and voices suspicions that the intelligence service (SIS) or special police departments could have carried out the surveillance in order to gather information on ANO members that could later be misused in political power games. Interior Minister Vladimír Palko files criminal charges against an unidentified offender for the alleged surveillance.

February 25 - The coalition council, a senior political body, agrees to wait for the completion of the ongoing investigation into two wiretapping cases before deciding on concrete measures to prevent such cases from happening again.

March 4 -After SIS chief Vladimír Mitro names former journalist Peter Tóth to lead the service's counter-surveillance unit, the leader of the ruling Christian Democrats (KDH), Pavol Hrušovský, proposes that Mitro be removed from his post. According to Hrušovský, Tóth is involved in the ongoing illegal surveillance scandal. Tóth, who has worked for the Slovak dailies SME and Národná Obroda, is suspected of having sent a fax to Attorney General Milan Hanzel's office, accusing Interior Minister Palko from the KDH of manipulating a database of surveillance material at the Interior Ministry. Hanzel said his office was investigating the case.

March 11 - SIS boss Vladimír Mitro resigns. Mitro announces his plans to leave office on the day the ruling coalition was set to debate a proposal calling for the intelligence service chief to be replaced.

April 2 - Former Interior Minister Ladislav Pittner is appointed as the head of the SIS. Pittner spent most of his political career as a member of the Christian Democrats. He joined Dzurinda's Slovak Democratic and Christian Union when it was formed in 2001.

May - Military prosecutors lay charges of attacking a public official against Tóth, who denies involvement in the matter and remains an SIS employee. If convicted, he faces up to one year in prison or a fine.

July 11 - Military prosecutors announce that members of the SIS illegally tapped the phones of the editorial staff of SME, one of Slovakia's most widely read newspapers. Experts say the revelation, followed by the discovery that the prosecutors themselves were illegally monitored during the investigation, puts the stability of Slovakia's democracy into doubt. Petit Press, the publisher of SME, announces plans to file criminal charges against the unknown perpetrator and considers filing a complaint with the Constitutional Court. The investigation reveals that a total of 11 calls were monitored by persons from within the SIS and later uploaded to the system of the Interior Ministry.

November 5 - The first charges in the investigation of illegal wiretapping by the SIS are laid. Military prosecutors charge three SIS officers, one of whom is the former and another the current head of the wiretapping section.