SKIPARK is a mid-sized ski resort in the Veľká Fatra region of Slovakia. Originally called Malinô Brdo, the resort offers an impressive 680 metres of skiable vertical and over €50 million worth of new amenities, including a new gondola and a high capacity chairlift. With its modern uphill transportation and improved snowmaking, it is no surprise that Skipark is now one of Slovakia's most popular ski resorts. 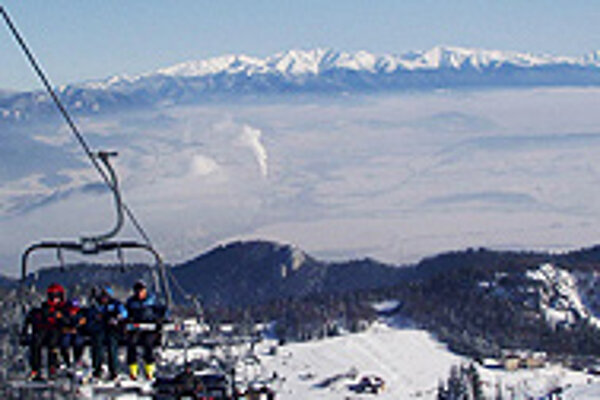 SKIPARK is a mid-sized ski resort in the Veľká Fatra region of Slovakia. Originally called Malinô Brdo, the resort offers an impressive 680 metres of skiable vertical and over €50 million worth of new amenities, including a new gondola and a high capacity chairlift. With its modern uphill transportation and improved snowmaking, it is no surprise that Skipark is now one of Slovakia's most popular ski resorts.

Skipark's highly accessible location is also a key ingredient of its success. Situated 257 kilometres from Bratislava, the resort is just 3.5 hours from the capital by express train and 2.5 hours by car. Skiers arriving in Ružomberok's city centre by public transportation are only three kilometres from the gondola base station by city bus.

Skipark's ski season runs from December to March. Most slopes are above 900 metres and face north, allowing for superb snow quality. Much of the resort's terrain is also covered by snowmaking guns, including the access slope to the gondola station. Skipark recently widened this 3,900-metre long slope to make it more accessible to skiers. In general, most intermediates will be comfortable skiing or snowboarding almost anywhere on the mountain. For the less confident, the resort also has a designated learning area complete with its own lift.

Nothing tastes finer after a morning of skiing than a bowl of hot goulash soup or a plate of halušky (Slovak dumplings with cheese). Skipark's Daria restaurant serves 15 different local entrees in its 60-seat dining room. On nice days, skiers can also catch some rays on the restaurant's charming sun terrace. Best of all, a delicious Slovak lunch will only set you back about Sk120 (€3).

At night, guests may stay at several nearby hotels such as the Hrabovo, Malina, and the Áčko. Prices range from Sk1,200 to Sk2,500 (€30-60) a night, depending on the hotel and room type. Larger vacation groups can also rent luxury apartments or more modest mountain huts (chaty), depending on their budgets.

For those who prefer not to ski, Skipark offers a 200-metre-long snow tubing park, and a six-kilometre-long toboggan run. Not far from the resort is the village of Vlkolínec, a UNESCO World Heritage site. Vlkolínec contains 45 buildings untouched by development; their wooden architecture is characteristic of the mountainous regions of Liptov, Turiec, Orava, and Kysuce. Also nearby are the open-air thermal baths at Bešeňová.