The case for christening beef bags, eating a lot, and being ill

ONE of the most ridiculous developments during the trans-Atlantic argument last year between the US and France and Germany over the invasion of Iraq was the invention of "freedom fries". The cafeterias of the US House of Representatives officially edited the name of their uncooperative ally out of the term "French fries", and in the process made a glorious statement about patriotism and the occasional pettiness of the American way. 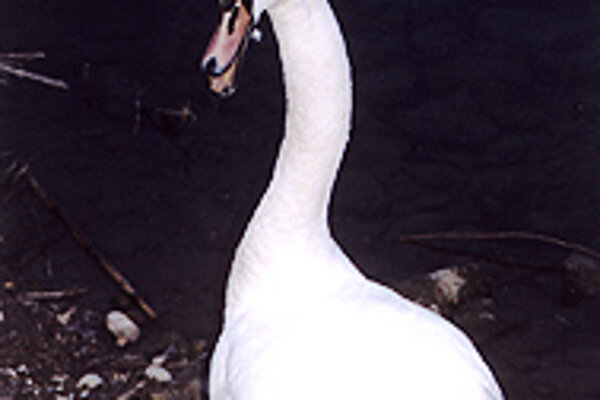 Font size:A-|A+  Comments disabled
ONE of the most ridiculous developments during the trans-Atlantic argument last year between the US and France and Germany over the invasion of Iraq was the invention of "freedom fries". The cafeterias of the US House of Representatives officially edited the name of their uncooperative ally out of the term "French fries", and in the process made a glorious statement about patriotism and the occasional pettiness of the American way. This is especially true if you consider the fact that this "French" style of cooking potatoes actually originated in Belgium. However, there may have been something more to the act than simple idiocy.

Using the law to control the presence of foreign nationalities in food names, and the names of dishes in general, may sound absurd, but actually it is not such a bad idea. The law is perhaps our only recourse when trying to sort out certain confusing dish names.

If not controlled by written law, the use of words is still controlled de facto by social laws. See, for example, the arguments over political correctness in the last decade. The result has been, at least in English, the purging of jokes about other nationalities and ethnicities and derogatory references to other nationalities from common, polite use.

One word that escaped attention, as far as I know, is "gyp", as in "That used car salesman gypped me!" In a country where many people may not even know that there is such an ethnicity, the probable root of this term in the word "gypsy" must have gone unnoticed. The term's translation in Slovak, cigániť, also shows a connection to the word for gypsy, cigáň.

This word is the root of another strange dish name - gypsy liver (cigánska pečienka). Important fact: This item has no liver in it whatsoever. It is a slice of pork usually roasted quickly on a grill or over a fire and then slapped on a piece of bread with some onions (cibuľa) and mustard (horčica). Perhaps because it is cooked easily and usually outside, it is associated with the nomadic gypsies who used to cook over open fires as they travelled from place to place.

As for a few phrases pertaining to eating and food, a good one is that "the stuffed do not believe the hungry" (sýty hladnému neverí), which sums up nicely one of the problems of unequal wealth distribution. As a kind of reply, one can say that "without work there is no cake" (bez práce nie sú koláče). A final popular one is "I am hungry as a wolf" (som hladný ako vlk), though every time I hear it, all I think of is the Duran Duran song.

Bearing food in mind and staring at the snow falling in front of me, I will now make a daring segue. Many a person in the office this week is sick with the flu (chrípka) and I am one of those who believe in the healing power of food. I know, not everyone does: When I offered my colleague, who is a little under the weather or, as Slovaks would say, "under the dog", an orange today, I triggered a tirade against oranges and food cures that ended with the words "I'm sick of healthy food." This is an oxymoron to my ears, and to the ears of some Slovaks who often prescribe citrus fruits, honey, garlic, tea, and soup as remedies. Some also proposed the two following cures for chrípka, which are a little bit more involved.

Cure one: onion with honey (cibuľa s medom). Cut a whole, peeled onion across its centre four times from the top, slicing it into eight wedges like the sections of an orange. With each cut, however, do not cut all the way through. Leave a centimetre or so uncut at the bottom, so that all the pieces remain connected and the onion does not fall apart. Put it in a bowl and pour honey over it. If some honey drips out of the cracks, spoon it up and pour it back over the onion. Let the concoction soak in this way for six hours. Out will come a thin and watery onion-infused honey liquid, two teaspoons of which the person feeling sick should take every two hours.

Cure two: This cure is called inhalation (naparovanie or inhalácia) and is designed to clear out your respiratory (dýchací) system. Boil chamomile herbs (harmanček) or tea (even salt helps) in a few litres of water in a pot with a large surface area. Cover your head with a towel or a sheet, put your face in the pot, and inhale the vapours (výpary). Of course, just drinking chamomile tea with some lemon and honey might be a more peaceful and relaxed way to try to get over a cough or a cold, but this complicated inhalation process has one more benefit - it helps to clean your skin!