Not as fresh as the fish 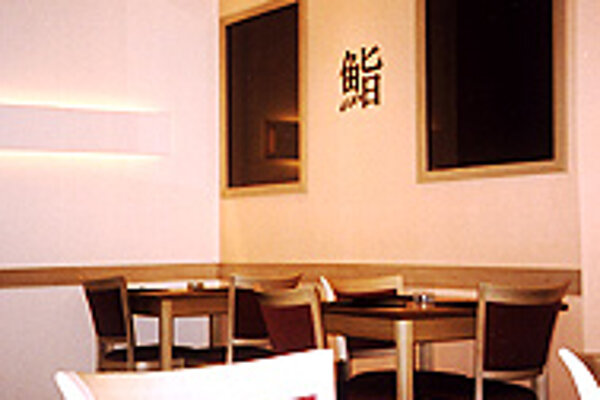 A RESTAURANT deserves respect for being among the first to dare a new kind of food. This is what one should bear in mind when considering the Kikaku Sushi Bar, sitting near the Slovak National Theatre, which is the first restaurant explicitly dedicated to sushi in Bratislava. Sushi can be found at the Japa-nese-Thai combo Tokyo Sushi Bar and the Asian restaurant in Aupark, but these restaurants play several culinary fields at the same time. The cost of sushi at Kikaku, too, is a little more reasonable.

Eating sushi is still a luxury, though. An order of maki, a set of six fish or vegetable tidbits rolled in sticky white rice and a thin wrapping of seaweed paper, costs between Sk120 and Sk150, depending on your favoured filling. And the rolls are far from big.

The restaurant is small and the interior is crisp and clean but feels a little cold. It sports a modern design employing simple, straight lines, a dark stone floor, and light wood tables and chairs. There is a short bar but not the excitement of watching the chefs in action, as they have been removed to the kitchen in the back. At the front is a hip window stage with two tables that look out over the street.

The menu may be in Slovak, but it comes with pictures to help you make your choice. To save you and the server a bit of pain, be aware that though the picture shows two nigiri pieces by each type, the prices, ranging from Sk60 to Sk140, are for only one. In my fellow diner's opinion, the slices of fish laid over the rice bundles looked skimpy, and instead he opted for maki sake (salmon) and a california roll with crab, avocado, and sesame seeds, which came wrapped, by surprise, with mayonnaise (Sk200).

Soy sauce and wasabi come with the meal, but their usual companion, sliced pickled ginger, does not. However, it is available upon request as a side dish. This may be a little quirky, but the treatment of another sushi standby, sake, is even more mysterious; one decilitre of the rice wine costs Sk220. Yes, we checked with the waitress to be sure, and it is not a typo.

As for the vegetarian perspective, I have no intention of regaling you with a detailed review of an avocado roll. A point of interest, though, is the shitake mushroom roll, which appears only occasionally on menus no matter what the city. Unfortunately, the taste of this particular example is not very memorable.

Nigiri inari, rice wrapped in a thin skin of fried tofu, is sweet and soft - yum. The miso soup comes in several styles and the version with sesame, tofu, seaweed, and mushrooms is a nice size, though short on the miso - the soybean paste that gives the soup its distinct flavour.

Overall, the sushi here is unremarkable. The excitement of breaching a new culinary frontier in town may carry one through a meal or two, but it takes more to really hold the diner's interest. In all fairness it must be said that the crucial test of a sushi restaurant is the freshness of its fish and, in this case, the food does not leave you feeling queasy at all.