Weiser: Slovak pride on the rise

THERE is no better place to invest than Slovakia. A flat tax is one of the incentives the country offers, as is one of the best labour codes in Europe, said United States Ambassador to Slovakia Ronald Weiser in an interview with The Slovak Spectator. The ambassador also believes that Slovakia will be the automobile capital of central Europe and one of the leading automobile manufacturers in the world. 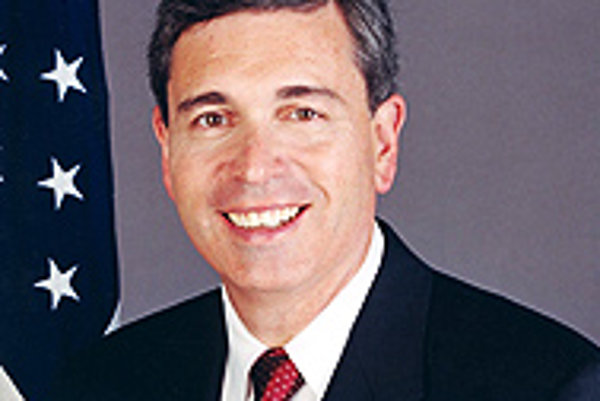 Font size:A-|A+  Comments disabled
THERE is no better place to invest than Slovakia. A flat tax is one of the incentives the country offers, as is one of the best labour codes in Europe, said United States Ambassador to Slovakia Ronald Weiser in an interview with The Slovak Spectator. The ambassador also believes that Slovakia will be the automobile capital of central Europe and one of the leading automobile manufacturers in the world.

The Slovak Spectator (TSS): Do you feel that Slovaks know enough about the United States and its culture, lifestyles, and values? Has the Slovak media done a good job depicting the country to the Slovaks?

Ronald Weiser (RW): Most people in Europe who have not visited the United States get their impression of the country from watching television and the movies. Fortunately, that is not the real America. If you only read the papers, you mostly read about what is bad and you rarely read about all the good things that are happening every day.

We encourage Slovaks to visit the United States. Those who come back here come with a different impression. We provide cultural programs to give Slovaks a better taste of what America is all about. At my Bratislava residence right now there is an art exhibit featuring paintings by US artists from the late 1800s and early 1900s. I had a number of people tell me that they had not known we had such great artists who have been a part of American life and culture for over 200 years. Certainly, we do not have the history that Slovakia has, as your country has deep-seated cultural roots that are quite extraordinary.

As for the Slovak media, they are often limited in what they can show and what is made available to them. It would certainly be wonderful if they could show some documentaries about the United States, its beauty, and the caring nature of US citizens. Many people tend to forget that the US has come to the aid of a number of countries, especially during the first and second world wars. There is also no other nation in the world that gives as much to NGOs, individually or corporately, as the US does.

TSS: What are the spheres in which Slovakia could still learn from the United States?

RW: The United States has been able to incorporate a whole variety of people with different religious and ethnic backgrounds to the point that when they are asked where they are from, they do not say "I am a Catholic from Iowa" or [call themselves] a Jew from Russia, but they say "I am American." This is something that has not been accomplished in your society yet. People tend to identify more by their individual background. I think that over time this will change.

I am seeing more and more pride in your country. I was here when the Slovak nation celebrated its victory over the Russian ice hockey team and I saw pride expressed in a way I had never seen before. There are many accomplishments that the Slovaks should be proud of. Certainly joining international organisations like NATO, the Organisation for Economic Cooperation and Development, and the EU are all things this nation should be proud of.

TSS: Is there anything that US citizens should or could learn from Slovaks? What are the most important cultural projects that the United States and Slovakia share?

RW: You may not be aware of this, but Slovaks in the fourth and eight grades outperform US students in math and the sciences. This is why we have been trying to bring people over to study how your education system is allowing your students to progress faster than US students do.

There are ways Slovakia can help the United States in other areas. You have gone through a transition from an authoritarian dictatorship, and from a controlled economy to a free market economy. As you have gone through that process you have learned from your mistakes. There are other countries that are going through this transition now. Who better to teach them than a country that has successfully achieved these goals? I believe that you can be extraordinarily helpful in dealing with new transition countries like Iraq, Afghanistan, and many others.

TSS: Given the number of towns you have visited, you certainly could be called the travelling ambassador. How many towns do you have on your account? What regions would you recommend foreign investors to visit?

RW: All of them. That might sound diplomatic, but I am being serious. I have been in 138 cities. This is the number of official visits I have made. There are no more official visits to be made, unless you create more cities. In each city I found people who take pride in their communities and each of them has something to talk about. However, more needs to be done to let the tourists know what is available in this country. I hosted a group of Michigan business graduates who did a report on tourism in Slovakia, which has only 1 percent of its population involved in tourism. Those countries that invest in tourism can have more of their population involved [in the industry].

You have historical buildings, castles, and everything else you could possibly want to offer. Some Slovaks say, "we are not ready yet, we do not have the facilities." That is not true. You have the facilities. Some of the services might not appeal to the wealthy from other parts of the world but they certainly appeal to the students and people who have limited budgets.

TSS: Do you think that the current tax reform and investment incentives prepared by the Economy Ministry will inspire even more US companies to bring their business to Slovakia?

RW: It is one of the factors. There is around $2.5 billion (€1.98 billion) in US investments in this country and we expect this number to grow rapidly. Next year there will be a whole combination of factors that make this country attractive to foreign investors. As I have stated publicly before, there is no better place to invest than Slovakia. The flat tax is, of course, one of those incentives. You also have one of the best labour codes in Europe. You have reformed your pension scheme and social programmes to the point that the costs of businesses will begin to shrink instead of grow, which I think is unique in Europe. Perhaps the most important bonus you have in Slovakia is your labour force because it is well educated and inexpensive. Labour of this quality is very attractive.

TSS: What are the legislative barriers that US investors still face in Slovakia? What do US investors or citizens in general find the most attractive about the Slovak market and the country?

RW: There is nothing substantial. But there are still issues linked to obtaining residency permits, which is still a lengthy process and could cause top managers to go somewhere else. Another issue is the new advocacy act that could create a situation where American law firms might no longer be able to practice here. That would be a mistake. American investors need American advisers to feel comfortable when they go to a new country. In the end, it would lower the amount of work available to Slovak law firms because those investors would not come.

TSS: How will the country's entry to the European Union modify Slovak-US relations?

RW: I believe we will still have a very strong bilateral relationship. Some of the more technical and legal things will be more controlled by EU law than Slovak law than they were in the past. But the friendships that we have are obviously long-standing relationships between the Slovak people and the people of the United States. There are millions of US citizens of Slovak origin. These are the links that maintain themselves no matter what the formal definition behind them is.

TSS: What are other prospective areas of cooperation between Slovakia and the US?

With the Volkswagen expansion, Peugeot-Citroen opening its new plant in 2006, and the possibility of other companies like Hyundai coming here, Slovakia will have the highest production of cars per capita and could become the 12th in the world in absolute production of cars by the end of the decade. If additional automotive companies come, it might push you even higher.

With auto manufacturing come auto supply companies, which not only supply the assemblers here but also make parts for other assemblers in Europe. A good example is Delphi, which only opened in 2002. By the end of the year it had 2,000 workers and the company continues to grow. When companies like Delphi or Johnson Controls come, not only do they create jobs, their sub-suppliers come and create jobs and quite often Slovak companies become sub-suppliers. I believe that Slovakia will be the automobile capital of central Europe and one of the leading automobile manufacturers in the world.