THE AMERICAN Chamber of Commerce has provided a high-profile forum for the international business community in Slovakia for nearly a decade. Apart from attracting the business elite, it has initiated essential debates pertaining to the urgent business issues that the country faces. The Slovak Spectator spoke with the executive director of the AmCham, Jake Slegers, in late December. 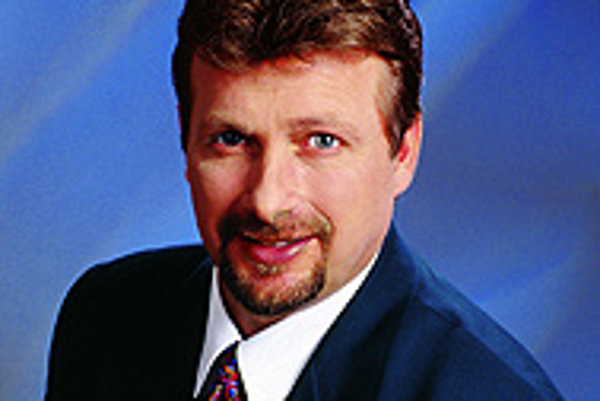 THE AMERICAN Chamber of Commerce has provided a high-profile forum for the international business community in Slovakia for nearly a decade. Apart from attracting the business elite, it has initiated essential debates pertaining to the urgent business issues that the country faces. The Slovak Spectator spoke with the executive director of the AmCham, Jake Slegers, in late December.

The Slovak Spectator (TSS): The American Chamber of Commerce, together with the US-EU-Slovakia Action Commission, has initiated a project called Ethics in Society to raise awareness of the importance of ethical and moral principles in business among Slovak and foreign businesses and the Slovak government and citizens. What has been the response to this initiative?

Jake Slegers (JS): The ultimate goal was raising awareness that this particular issue needs to be addressed. It is rather ironic that over the past couple of years the United States has given us wonderful examples of how people who abused the system were brought to justice. There is a very strong message behind that. Some people may criticize some US businesses for perceived involvement in corruption and the lack of ethical business practices, but when laws are broken, there is a system in place to see that justice is served.

In Slovakia, those who do not follow the law have, for some time, simply gotten away with it, perhaps for decades. Thus, a significant overnight change here is not realistic at all. We are at the beginning of a very long process and what we are doing now is raising awareness and asking companies to reflect on the ethical conduct of their business. One of my favourite success stories is US Steel Košice, which implemented a very high profile and transparent educational process with its employees in a non-condemning manner, and I would emphasise the "non-condemning" attitude here. I also would mention the good job Slovnaft does among Slovak companies.

AmCham will help conduct a conference in February on business ethics and corporate citizenship.

TSS: How would you characterise the US business community in Slovakia?

JS: To be honest, there are not all that many US businesspeople here. If you look at the AmCham board of directors, it is almost like the United Nations - a real mixture of nationalities. Even in large US companies operating in Slovakia, the boards, or the companies in general, are largely not represented by a lot of American citizens. But they are all seen as the American business community because of their association with a strong US brand. The community is seen in a larger context. This chamber is really quite an international organisation. Some American chambers have restrictions allowing only US companies to join. I'm glad that is not the case here. We gain a lot from our Slovak members and strive to present ourselves as a truly international organization.

TSS: What was the reaction of the business community to the passage of laws crucial for the country's tax reform, including the flat tax rate?

JS: The US business community is increasingly supportive of the tax package and enthusiastic about seeing something so progressive come out of Slovakia.

I would say that many companies in surrounding countries are a bit envious that Slovakia was the one to introduce this very attractive flat tax rate.

One way to look at the tax reform is that the flat tax rate will compensate businesses for some of the loss of their investment incentives. However, I am not sure that they would all agree with that statement.

TSS: What are the legislative barriers that continue to complicate business in Slovakia?

JS: There are certainly still some barriers. One of the most significant hindrances to foreign investment, especially from the US point of view, is the work and residency permit requirement. It has always been difficult for any foreigner to obtain it. The process might be simplified for EU citizens, but not for Americans or other English speaking countries outside of Europe. It is a real thorn in the flesh, so to speak. The complicated process that must be undergone every single year really does hinder foreign investments. We feel that some high-level executives, after observing the complicated and difficult procedure for obtaining residency permits, choose not to come here as a result.

In addition, many people in education have much difficulty in working legally and getting paid. I know of some teachers who had planned to move to Slovakia but changed their minds after finding the bureaucratic hurdles overwhelming.

TSS: What was the chamber's greatest success in its advocacy activities?

JS: The biggest success came over the past few years with the ongoing changes to the Labour Law. We put a lot of time and effort into effecting change to this Labour Law. It was one of our true success stories in advocacy, as we formed a coalition of significant players and were able, with a lot of input from many sides, to observe important changes.

More recently, in the telecom field, all of our telecom-related members came together to address the issues they had in common in relation to the adoption of the recent telecom act. We conducted significant advocacy efforts in the parliamentary committees and we were very pleased that our comments were taken seriously by these committees and by individual MPs, and that our efforts were eventually reflected in the adopted legislation.

TSS: Changes have been made to the law on industrial parks. Do you think that these steps will be instrumental in attracting even more foreign investors to Slovakia?

JS: I think the changes contribute significantly to the interest of foreign investors in coming here. When you look back to four or five years ago, many investors had an extremely difficult time, for example, finalising landownership agreements because they had to deal individually with perhaps hundreds of different landowners. And if one individual landowner refused to negotiate the sale of a piece of land, it blocked the whole process. The rise of industrial parks as a developed package simplifies this process overall.

TSS: Slovakia will join the EU in May. Do you expect some dramatic changes to US-Slovak links?

JS: I would say that it is going to be similar to the way many people expected the world to dramatically change on January 1, 2000 and we woke up that morning and the world was pretty much the same and continues to be. So the changes are going to take place over a longer period of time and Slovakia is not going to be in a dramatically different place. As Slovakia becomes integrated into the EU, the structure of our relationship might slightly change but I do not see US investors getting nervous or loosing interest in the country.

JS: Though there is some concern among the international business community, my personal opinion is that these types of conflicts have been present in every single government and administration, including the US, for a long time. As long as they are kept internally, they follow a "normal" course of action. However, when they penetrate the international political arena, then it begins to harm the country's credit.

JS: The US is considered the fourth largest investor in Slovakia in general terms.

The statistics do not necessarily reflect the real state of US money flowing to Slovakia because a company may, for tax reasons, locate its official seat in a foreign country.

An example would be The Netherlands-based US Steel Košice. Thus, the official amount might not register investments as coming from the US. There could be a huge amount of investments registered this way, which skews the figures.