A pioneer in Kechnec park

THE US firm Molex was one of the first foreign companies to begin operating in the Kechnec industrial park near Košice, Slovakia.
Molex started its business activities in the eastern European country in the 1990s by creating two joint venture companies: Sylex in Bratislava and Moltes in Liptovský Hrádok. 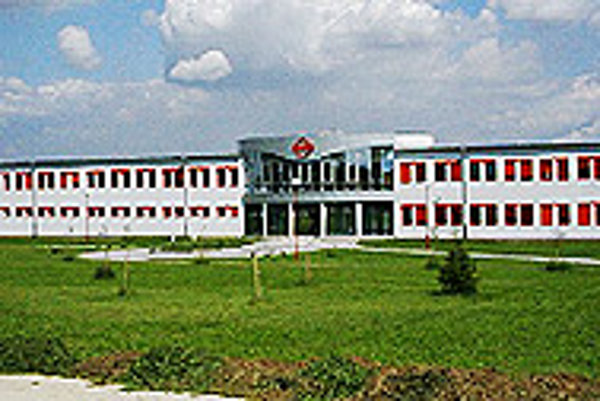 Font size:A-|A+  Comments disabled
THE US firm Molex was one of the first foreign companies to begin operating in the Kechnec industrial park near Košice, Slovakia.

Molex started its business activities in the eastern European country in the 1990s by creating two joint venture companies: Sylex in Bratislava and Moltes in Liptovský Hrádok.

"After having a good experience with these companies, we decided to prepare conditions for establishing a Molex subsidiary company in the Slovak Republic," said Miloš Somora, the director of general affairs of Molex Slovakia.

"This happened in 1997. After the efforts of two years and a study of various circumstances, it was decided that the investment would be on a greenfield in Kechnec, about 20 kilometres from Košice," he added.

Molex Slovakia was registered as a company in February 2000. It started work in April in rented rooms in Košice and then moved into its first production halls in December 2000.

According to Somora, Molex management found that its decision about locating production capacities in Kechnec was a good one: "Our expectations were fulfilled. Actually, the results have even surpassed our expectations.

"In Slovakia there is a relatively favourable cost climate, especially today in eastern Slovakia. There is plenty of unoccupied labour that is well-educated and willing to be further trained."

Molex has so far not been harmed by the shortcomings of the transport facilities, especially the highway infrastructure, in the region. "The existing transportation structure is not a significant barrier for the products that are typical for Molex. There is an international airport in Košice with flights enabling one-day business trips everywhere in Europe."

However, Somora added that they would welcome the presence of more firms in the industrial park, as this would encourage the development of "mass services" that are more efficient when used by a larger number of people, like public transportation, catering, and guard services.

"Those are the services that a firm must have, but shared services for more companies would bring greater effectiveness for each of them," he said.

Somora thinks that the business environment in Slovakia is favourable but he considers the procedures that lead to state stimuli and benefits to be too complicated.

"It happens that even though they are in line with the legislation, the way to acquire them is not often easy. This mainly concerns state administration. But this is probably the price that we have to pay for the magnitude of the reforms that Slovakia is introducing in parallel," Somora explained.

Molex has invested €25 million in Slovakia. In the next 10 years it plans to invest a further €50 million. The company currently employs about 720 people who come from Košice and from villages and other towns of eastern Slovakia. The average employee's age is just over 30.

"Every year we hire 240 more people. About 80 percent of them have been through several trainings and courses at home and abroad and their skills and abilities are evaluated once a year. The company has worked out a detailed plan of education that is strictly fulfilled," said Somora.

Molex Slovakia produces components and subsystems for the electronic and electrotechnical industries. Almost all of their output is exported to Europe and the Far East.