Oscar on my mind
Ernest Oláh Trio
Published by: Jazz'n'Arts Records
Price: Sk399
Available at: seleced CD stores
PUBLISHED posthumously and in a foreign country, this album showcases the talent of Slovak pianist Ernest Oláh, who has been called one of the best of Slovakia's older generation of jazz musicians. 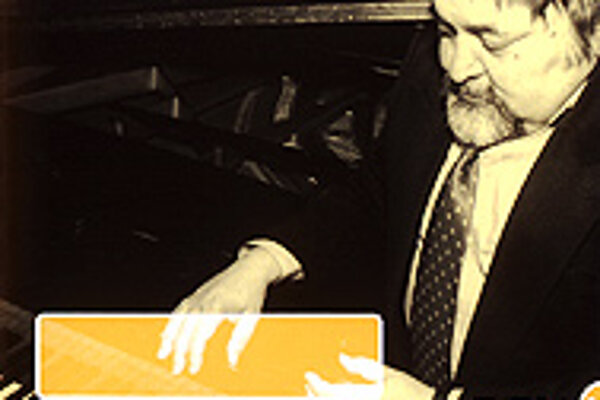 PUBLISHED posthumously and in a foreign country, this album showcases the talent of Slovak pianist Ernest Oláh, who has been called one of the best of Slovakia's older generation of jazz musicians.

Oláh made a name for himself in the 1960s when he was still in his 20s. After performing all over Europe he settled down to a residency as a bar pianist at the Bristol Hotel in Vienna, where he played for 12 years. The album captures just such an atmosphere; his flowing keys are at times playful and at others elegant and lead the ear down a lighthearted musical path.

A year after finishing his gig at the Bristol, he began, at last, to record his own compositions and jazz standards. Accompanied by Imrich Mózi on bass and Jozef Döme on drums, the tunes were played spontaneously and the best versions selected right then in the studio, adding to the lively sound of the album. It was only after Oláh's death, however, that these nine tracks found their way to the German Jazz'n'Arts label. Eight are Oláh originals and the last is a medley of ballads originally recorded as a demo.

The inspiration for the title was probably Oláh's idol, the Canadian pianist Oscar Peterson, whose influence shows through in the style and technical perfection of the songs.

"WHILE recording I tried to distil [and capture] those sounds that would inspire abstract symbols and paintings, in the aspiration of retaining what is the most authentic in each of us," says bass guitarist and producer Oskar Rózsa about this self-titled release.

The album is one of few devoted exclusively to improvisational jazz to have emerged from Slovakia. Aside from Rózsa, the album features guitarist Andrej Šeban, pianist Miki Škuta, drummer Marcel Buntaj, alto saxophonist Radovan Tariška, and trumpet player Ľuboš Priehradník. All six are distinctive members of the new generation in the Slovak jazz scene, with the exception of Škuta, who has ties to the previous wave as well.

Together they play a fusion of modern and experimental jazz over waves of ambient sound.