A little bit of a tax revolution

THE ABOLITION of dividend taxation in the new income-tax act could encourage the capital market and investments in new businesses in Slovakia.
The primary aim of the measure was the elimination of double income taxation. Dividends were taxed twice, first as the profit of a company and then as the income of shareholders. 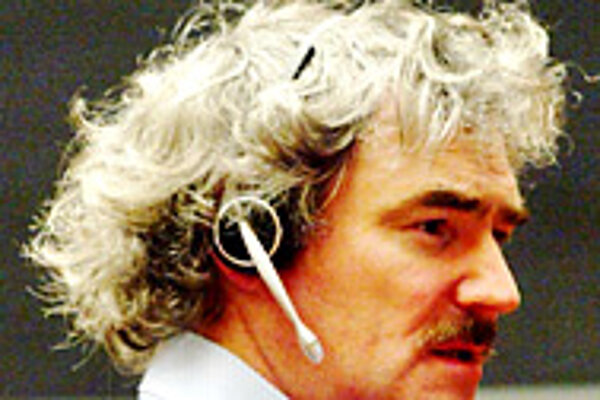 Font size:A-|A+  Comments disabled
THE ABOLITION of dividend taxation in the new income-tax act could encourage the capital market and investments in new businesses in Slovakia.

The primary aim of the measure was the elimination of double income taxation. Dividends were taxed twice, first as the profit of a company and then as the income of shareholders.

"One of the objectives of the whole tax reform was to keep this rule - to tax all income only once," Peter Papanek, spokesman for the finance minister, told The Slovak Spectator.

He continued: "However, non-taxation on dividends can have other positive secondary effects and encourage foreign and domestic entrepreneurs in their business activities."

Tax experts welcomed the measure, as it would mean another reduction of taxes, always a positive signal for business and economic growth in a country. They also suggested that the move could awaken the sleepy Slovak capital market.

Peter Chrenko, country managing partner and head of tax services of the firm Ernst & Young, said: "The abolition of dividend taxation is, of course, good news primarily for shareholders - individual and corporate investors.

"I believe more people may now decide to invest in shares, which could stimulate the capital markets, or invest in new businesses."

Todd Bradshaw, senior tax manager of PricewaterhouseCoopers Tax added that "it promotes the tax-free movement of capital. In addition, shareholders have more flexibility and feel more confident, knowing that when they invest capital in Slovakia they can withdraw their earnings without incurring an additional tax cost."

Analysts agree that the abolition of dividend taxation together with the whole tax reform, which introduces a flat tax rate of 19 percent for companies and individuals, make the Slovak tax environment particularly favourable.

"The Slovak tax frame has been significantly improved among the V4 countries [including Hungary, the Czech Republic, and Poland]. For example, Hungary has a lower corporate income tax rate, but the individual tax rate is much higher and the country still has a tax on dividends," said Ján Tóth, an analyst with ING Bank.

Insiders suggest that the abolition of taxation on dividends could help reduce some opportunities for tax evasion. However, they do not assume that the step would completely stop the tax avoidance.

"Together with the lower tax rate, it is less attractive to shift profits to other countries," said Bradshaw.

Chrenko remarked: "I would expect that more profits would be taxed in Slovakia, but I do not think that this would completely stop tax evasion or the use of tax heavens."

On the other hand, Chrenko thinks that the measure could change the behaviour of some investors, as capital gains from the sale of shares are still taxable in Slovakia.

As a result, investors may decide to distribute profits from their investments in Slovakia and reinvest them in diferent countries and opportunities.

He explained: "Prior to the tax reform, capital gains from the sale of shares over the specific holding threshold were exempt. Although this applied in Slovakia only to individual investors, in many jurisdictions this rule applies to companies too.

"Therefore, only investors who can claim double tax treaty protection will not pay Slovak taxes on capital gains. The local investors will have to [pay]."

Non-taxation on dividends could, to a certain extent, compensate the abolishment of tax incentives that are not allowed in the current Slovak tax system.

"Tax-free dividends, tax reform, and a low tax rate encourage investors to remain in Slovakia after their initial tax incentives have finished, rather than relocating further east. The abolition of tax incentives provides a more even playing field for both foreign and domestic investors," thinks Bradshaw. Chrenko, however, emphasised that grants and incentives will always be important in the decision-making process of the biggest investors, and some countries will always try to offer something extra. Tax-free dividends cannot fully replace such stimuli.

"The Slovak tax reform is based on a simple and fair principle - everybody has equal conditions. However, if we want to get more investors, we need to introduce some specific tax regimes to attract a few big investments in specific areas - e.g. research and development, biotechnology, etc.

"Of course, these regimes need to be in line with EU rules. For example, countries like the Netherlands and now even Ireland have specific tax regimes that attract holding companies," he said.

Insiders say that the abolition of taxes on dividends should not be considered in isolation but as part of the whole tax reform.

From this point of view it is certainly a measure that reduces the tax burden in Slovakia, simplifies the tax environment, makes the environment more attractive for business, and could help to limit tax avoidance. Tax-free dividends alone would not, of course, be as attractive and revolutionary a measure.

"The tax on dividends has also been quite low for some foreign investors in the past, due to the existence of double tax treaties, and in some cases it was actually zero (e.g. the Netherlands). Moreover, non-taxation of dividends will be required among EU member states based on the Parent/Subsidiary Directive," added Chrenko.