The Slovak Republic:
A Decade of Independence (1993-2002)
Edited by: M. Mark Stolarik
Published by: BolchazyCarducci Publishers, Inc
Price: $15 (€12.30)
Available at: www.bolchazy.com
FOR A novice in or visitor to Slovakia it can be difficult to orient oneself. 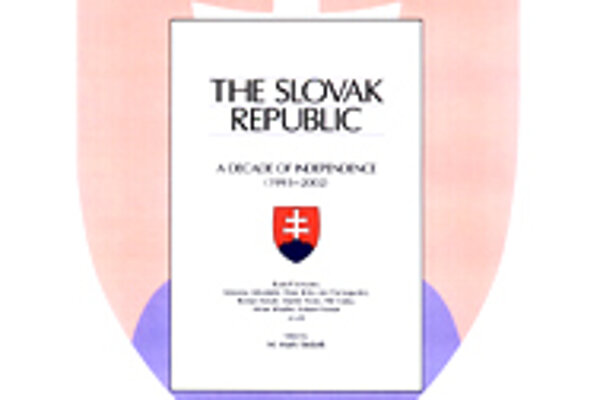 FOR A novice in or visitor to Slovakia it can be difficult to orient oneself. When one comes from a country that has a drastically different cultural landscape, a different history, and a significantly different rise to independence and international prominence, it can be nearly impossible to understand how and why this relatively small, yet deceptively diverse, central European country has developed into what it is today: a nation on the verge of NATO and EU entry that is of increasing interest to international business circles. Fortunately, for those who do not speak Slovak and those who have little patience for wading through the morass of poorly translated and edited English, there is this collection of essays.

Taken from a conference at the University of Ottawa on June 6 and 7, 2002, the essays compiled here were delivered as speeches by some of Slovakia's most prominent figures: President Rudolf Schuster, Deputy Prime Minister Pál Csáky, Foreign Affairs Minister Eduard Kukan, and Anton Jura, the executive vice president of US Steel Košice, to only name a few.

Those who follow the current Slovak political scene - which, as in any other nation, seems perpetually marred by personal interest and name-calling - may be suspicious of any assessment given by such high-ranking political forces. However, apart from a bit of the requisite bashing of ex-Prime Minister Vladimír Mečiar (whose reign, it seems to be an internationally recognized fact, was to the detriment of Slovakia), the ground covered in these essays comes across as clear-headed and not particularly politically motivated.

If there is a political motivation, it is certainly a reasonable one: to portray Slovakia as a rapidly developing success story poised to play a larger international role. Of course, the reality is more complicated and nuanced, something particularly shown by former Culture Minister Milan Kňažko's essay on the nature of Slovak culture and how it fits into politics, as well as Csáky's essay on Slovakia's minorities (Roma, Hungarians, Ruthenians, etc.) - an issue that can be especially baffling to a newcomer.

Though it is certainly valuable to learn about a country from those who have had a hand in creating it, a certain level of distance and expertise is ultimately required for any true assessment. For those readers not already versed in Slovakia or economic, social, and political developments in post-socialist countries, the book conveniently provides an academic analysis of each essay.

These commentaries are every bit as clearly written and edited as the essays they accompany. Thus, The Slovak Republic: A Decade of Independence is a valuable work, one that should appeal equally to those already in the know and those who want to be.

Human Being and Morality in Ethics of Social Consequences
By: Vasil Gluchman
Published by: The Edwin Mellen Press
Price: $99.95 (€82)
Available at: www.mellenpress.com

ACCORDING to the American academic Howard M. Ducharme, who wrote the preface to this book, it is an "engaging work in ethics... [especially interesting] because of the oven in which it was baked". The oven he refers to is Slovakia, once "controlled by a Communist government that mandated Marxist indoctrination", and the baker is Vasil Gluchman, a graduate of Bratislava's Comenius University who is currently a professor of ethics at the Prešov University in eastern Slovakia.

Gluchman's introduction suggests that this is a book only for those with more than a passing interest in and knowledge of ethical philosophy. A familiarity with Kant, Spinoza, and the differences between "non-utilitarian consequentialism" and "utilitarian forms of consequentalism" seems required. If one believes Ducharme, perhaps Marx should be added to the list, as well. In addition to laying out what ground will be covered, Gluchman's introduction betrays something else: an awkwardness that is either due to poor translation and editing or the sort of academic writing that focuses on ideas at the expense of style. Either way, particularly in light of the price, one thing is certain: for devoted academics only.