JEEPERS Creepers 2 is as messy as its monster. On the most basic level, it is a movie about a slimy, scaly, winged, and clawed beast scrambling to get its fill of humans before it must hibernate for 23 years 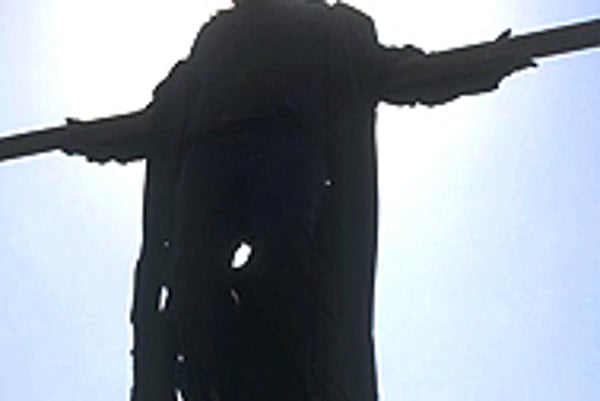 JEEPERS Creepers 2 is as messy as its monster. On the most basic level, it is a movie about a slimy, scaly, winged, and clawed beast scrambling to get its fill of humans before it must hibernate for 23 years. Despite a couple of vague attempts to give the story more meaning and depth, it remains, at its heart, a mere monster movie - one that lives and eventually dies by its own monster's hand.

Not that there is anything wrong with monster movies. Since the beginnings of the movies, there have been great ones, films that give life to ancient fears and myths or simply frighten us with the suggestion of what might lurk in the shadows. But, even as horror has increasingly become about showing more - more violence, more gore - the best of the genre, no matter how over-the-top, still hints at a horror beneath the surface, stemming from humankind's darkest and most devastating impulses and actions.

However, there is nothing particularly scary about the monster from Jeepers Creepers. Presumably, if there actually were a beast that appeared every 23 years to eat people, there would be mass pandemonium and terror. But the beast presented here borders on the absurd.

Again, there is nothing inherently wrong with this; from horror can come wonderful satire. Unfortunately, this film has no such insight. There is no particularly interesting explanation for who or what the Creeper is; it is simply an ancient man-like creature that periodically appears to eat people's body parts for sustenance through its next hibernation period. It did not spring forth from an ancient curse or anything related to human folly, which would be fine if the damn thing were actually scary.

Instead, it is rather silly, but not intentionally or cleverly so. There are a few scenes meant to be played for laughs, seemingly to acknowledge the sheer ridiculousness of this winged, scaly monster, with its thinning grey hair and oversized trench coat. Yet, this only serves to undercut the Creeper's already shaky role as the source of horror.

For the last day of his feast, he terrorises a group of stranded high school basketball players and their entourage of cheerleaders and assorted hangers-on (the manager, the journalist). In classic teen movie and horror movie fashion, they are stereotypes representing society as a whole: the selfish bastard, his foolishly supportive girlfriend who eventually sees the light, the brainy nerd, the angry black man who proves himself smarter and more honourable than the selfish (white) bastard, the probably gay guy, etc. But the film uses this group for nothing more than empty bickering to fill up the time between the Creeper's attacks.

The film's most interesting aspect comes in the underused form of Ray Wise (David Lynch's Twin Peaks), who plays a man on a Captain Ahab-like mission to kill this creature, which took the life of his young son. For fleeting moments, his presence propels the film towards something potentially interesting and revealing, but to no avail: nothing more is ultimately revealed than the monster itself.