THE ARISTOCRATIC Association of Slovakia, which strives to renew aristocracy in the Slovak Republic, claims that the country is one of the few in Europe where the noble class does not exist.
While the aristocracy in western European countries has largely remained intact and retained its original administrative-rank structure (including property ownership), that of the central and eastern European countries is in ruins. 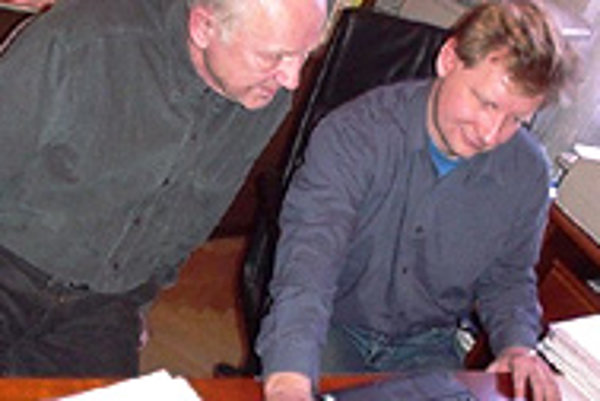 Font size:A-|A+0
THE ARISTOCRATIC Association of Slovakia, which strives to renew aristocracy in the Slovak Republic, claims that the country is one of the few in Europe where the noble class does not exist.

During communist rule, central and eastern European aristocrats were deprived of their property and often denied basic human and civil rights. They were physically eliminated and exposed to psychological disbandment through communist education and propaganda. Those living on Slovakia's territory were also cut off from their peers in surrounding countries.

According to the Aristocratic Association of Slovakia, the aristocracy has lost a great part of its archives and other written documentation.

However, in the neighbouring Czech Republic - one of the successor states of the former Czechoslovakia - the situation is much better.

After the collapse of communism in 1989, the Czech aristocracy was returned parts of its property through massive restitutions.

Slovakia does not have as many high aristocrats as some of its neighbours. Though the views of historians on the figures differ, they would probably all admit that the members of higher nobility in the country could be counted on the fingers of two hands.

The country was, in many cases, the home of counts of Hungarian origin, while the most populous group of Slavic noblemen consisted of yeomen.

The Aristocratic Association of Slovakia, established as a civic organisation in September 1998, aims to bring together living descendants of nobility as well as people with extraordinary qualities to achieve a global revival of this strata of society. It also hopes to revamp such terms as honour, respect, and wisdom.

Among other activities, the association certifies and awards noble titles and runs a register of noblemen.

The head of the association is prince Juraj Radziwill-Anoshkin, who is a descendant of the Polish-Lithuanian family of Radziwill, which has roots in the 14th century; the even older Russian Voroncov family, from 1027, and belonging among the strongest Russian nobles; and finally the Anoškin [Anoshkin] family originating in the Povolžie region.

However, some legal experts question the association's authority to recognise and award noble titles.

Radziwill argues that he is a direct descendant of the sovereign Prince Anoškin, who once held such powers.

"I come from an aristocratic family, my father inherited the title. I was born in 1945 and never experienced the aristocratic era and its various privileges. The communists sent my father to a coalmine simply because of his origin. Our family suffered. When I wanted to study at a university in Prague, I was not admitted. I faced many sanctions during the last regime, so I told myself that the Aristocratic Association of Slovakia membership would be a certain satisfaction for me. And I applied," recalls Lanczová.

Among the newcomers, there are doctors, businessmen, an engineer, and pensioners.

The youngest is a 20-year-old student of economy who said that he does not have all the authentic documents needed to confirm his aristocratic origin yet, but that he is doing his best to get them.

The association also plans to establish a representative residence for the prince's court and an administration centre, which would also be an important centre of cultural and social life.

However, the original plans to reconstruct a devastated, desolate, and unusable castle for this purpose in Hlohovec, some 70 kilometres northeast of Bratislava, have come to a halt.