AMID protests from school unions and student organisations, the Slovak cabinet approved on February 10 the introduction of tuition fees for all university students in Slovakia.
The fees are part of the cabinet's reform agenda and the new law, if approved by MPs, would make Slovakia the first country of the Visegrad Four (including the post-communist Czech republic, Hungary, and Poland) to abandon free university education. 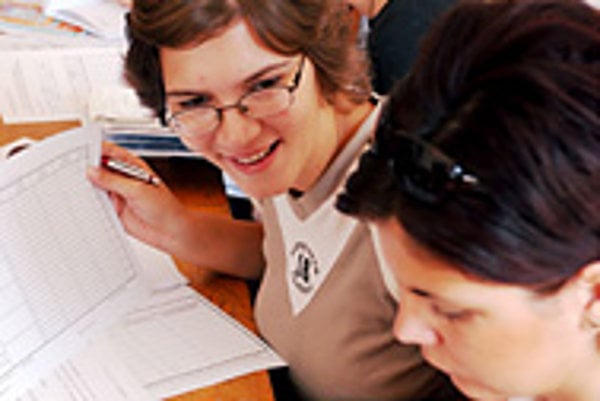 Font size:A-|A+0
AMID protests from school unions and student organisations, the Slovak cabinet approved on February 10 the introduction of tuition fees for all university students in Slovakia.

The fees are part of the cabinet's reform agenda and the new law, if approved by MPs, would make Slovakia the first country of the Visegrad Four (including the post-communist Czech republic, Hungary, and Poland) to abandon free university education.

Apart from the fees, which will be between Sk3,650 (€90) and Sk21,900 (€540) per school year depending on individual universities, the cabinet has also approved a new loan system to allow students from poorer backgrounds to afford university study.

The new plan also includes changes to the social stipends scheme under which up to 30 percent of students should be entitled to receive additional money for their studies, determined by the income of their parents and the distance between their university and their hometown.

"Students with permanent residency in Slovakia is entitled to a student loan up to the amount of their fee for university studies," said Education Minister Martin Fronc at a press conference after the cabinet meeting.

He also said that, according to his estimates, the average fee will be about Sk8,000 (€200) for the ten-month academic year.

The changes should take effect at the start of the new school year in September 2004.

The parliamentary opposition is expected to vote against the plan, and the ruling parties thus have to rely on the support of their own MPs and the independent MPs formerly affiliated with some of the ruling parties.

Slovak university officials said that they were not surprised, as the cabinet program listed fees as one of its priorities.

They warned, however, that the state should also make sure it increases funding for the university sector in line with its program.

Juraj Sinay, the president of the Slovak Rectors Conference and a rector of the Bratislava Technical University, told the private news agency SITA that "the same [cabinet] declaration speaks about the commitment to increase funding for university education to 1.33 percent of GDP." Currently, the state gives about 0.7 percent of GDP to universities.

The cabinet, however, does not yet have a plan to increase funding.

Representatives of student organisations and governments, as well as the schools union, have protested the fees, arguing that the payments will prevent many students from enrolling in universities.

According to estimates of the schools union, if the cabinet plan is approved, the monthly payments related to a student's university studies will increase to Sk8,000 (€200). The average Slovak wage is about Sk13,500 (€333).

According to Ján Gašperan, head of the schools union, as many as 40 percent of students will not be entitled to social stipends, which are only distributed to the most socially-disadvantaged students.

The cabinet has argued, however, that unlike the current Sk200 million (€4.89 million) that is available in the social fund, Sk700 million (€17.1 million) will be distributed under the new scheme.

The Education Ministry's spokeswoman, Michaela Dobošová, said that only 7 percent of students currently use the social fund and the ministry estimated that the new plan could increase the number to 30 percent.

In general, the cabinet believes that the fees will contribute to an improvement in the quality of Slovak university education, assuming that once students start to pay for their studies, they will demand better performance from their teachers.

It is not yet clear when the parliament will vote on the changes, but it is expected to be as soon as the schedule allows.