AFTER weeks of hassles, the ruling coalition agreed on January 27 that Ján Figeľ would be Slovakia's first nominee to the European Commission, the European Union's chief executive body.
The former chief negotiator with the EU and current MP for the Christian Democratic Movement is widely regarded as a top foreign and EU policy expert and his selection has been met with a positive reaction both in the union and at home. 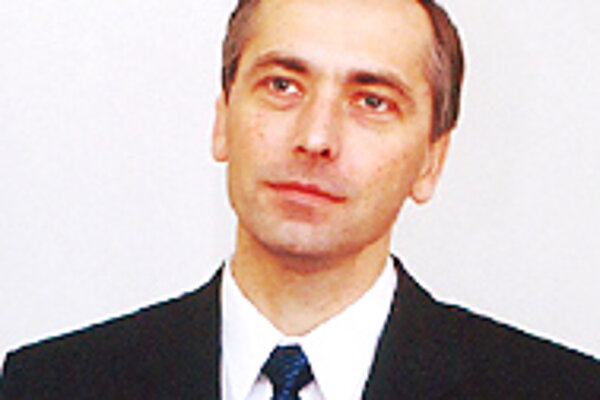 Font size:A-|A+0
AFTER weeks of hassles, the ruling coalition agreed on January 27 that Ján Figeľ would become Slovakia's first nominee to the European Commission, the European Union's chief executive body.

The former chief negotiator with the EU and current MP for the Christian Democratic Movement is widely regarded as a top foreign and EU policy expert and his selection has been met with a positive reaction both in the union and at home.

The Slovak Spectator met with Figeľ in his parliamentary office on February 9 to discuss the dangers of EU accession, Slovakia's interests, and his vision for Europe.

The Slovak Spectator (TSS): Looking forward five years, what do you see as the main risks related to Slovakia's entry into the EU?

Ján Figeľ (JF): European integration is not an automatic solution to all problems. We should not see entry as a guarantee of good results in economic and social development without effort.

It is not enough to join the union; we must prove ourselves as its members. Integration brings benefits to those who are prepared, skilled, and informed. Others lose. This is a challenge and an opportunity. If we are not able to take advantage of being in a union of 25, others will profit. This relates mainly to the economic aspect.

A lack of political stability worries me more, because political fragmentation can lead to the inability to efficiently push through justified interests in the union. The orderly, stable, and internally coordinated policy of a small country can lead to success even in a large union.

TSS: Judging by today's situation, how do you see the prospects in these two key areas?

JF: Political stability is not something that can be achieved once and for all. We did restore it after [parliamentary elections, which ousted authoritarian PM Vladimír Mečiar from office in] 1998. Having a minority government or facing unpredictable developments does not serve the interests of the country and it is necessary to promptly formulate clear agreements that will ensure stability.

As regards the economic aspect, I think Slovakia can be competitive. Looking at the big picture in Europe, it is clear that those who have the courage to undertake reform and see it through are gaining momentum. In our case, we have to make sure the reforms will be finished. Especially thanks to the tax reform, pension reform, and modest public spending, Slovakia is today an attractive partner for investment and trade.

TSS: But Robert Fico, whose opposition party Smer leads the polls, plans to overturn all those reforms if he comes to power. Could this be a serious threat to our ability to compete within the EU?

JF: Yes, of course. Reforms are not done for the sake of image. Reforms are sensitive and painful. What is worst is when reforms are being reformed, when society becomes subject to the intentions of quasi-experts. The country ceases to be viewed as internally consistent in regard to basic principles and values and is rather seen as politicised and superficial in its attitudes to fundamental issues.

In the mid 1990s we gained a very bad image and the country paid a price for many years. Slovakia was an exception in the central European region. This had an impact on our economy, internal reform, and the development of our regions.

We have already tried the other way. It was very difficult, very expensive, and it led nowhere. We should not experiment with non-European alternatives.

TSS: Since there still are 'non-European' alternatives, do you think the EU may remain a hot issue of domestic politics that could decide elections, as was the case in the last two parliamentary elections?

JF: No, certainly not to the extent as was the case in 1998, in the presidential elections in 1999 [when Mečiar ran for president], or in the referendum on early elections in 2000. However, if there is trouble in [Slovakia's] domestic affairs, the EU will speak up. The EU is a union of values; it's a club of democracies. It would not be good if any of the acceding countries, including Slovakia, questioned basic principles. I would be glad to see the European agenda become viewed more as a part of domestic, rather than foreign affairs. I hope it will penetrate Slovak politics.

TSS: You have said that this round of enlargement is already causing concerns. What other countries should be admitted and when?

JF: Among the negotiating countries are Bulgaria and Romania and I trust that their progress will continue and they will not put in doubt their suitability for membership. Croatia has been knocking on the door very intensely since last year. Its new government is doing its best to start negotiations. If it stays on track, [membership] could be an actual topic in the course of the European Parliament's next election term.

TSS: What about Turkey?

JF: Turkey is naturally a more sensitive issue. A part of the answer depends on the developments in Cyprus. If an agreement to the question of Cyprus is found before May 1, it will greatly help Turkey's position.

I wish a European orientation for Turkey, by which I mean the sharing of the values and principles that make Europe unique and lay the foundation for its unity. That is especially in the hands of the Turks, not others. It is then up to the European Commission to monitor these developments and the member countries, including Slovakia, to decide.

TSS: You mentioned that Europe is mainly about values. To what extent is Christianity among those values and do you see the EU as a Christian club?

JF: I have repeatedly stressed that the mention of Judeo-Christian heritage should be included in the EU's constitution, because its impact is indisputable. Europe should build on what is shaping it, what created it, because otherwise it will rob itself. However, that does not mean isolation or exclusion, but on the contrary - openness. Openness can only be vigorous when one's own identity is accepted and known. The creation of a shapeless mass dominated by relativism rather than order, including order in values, is a road to Babel with many languages, misunderstandings, and deterioration.

TSS: How do you see the opportunities of negotiations on the future EU constitution?

JF: The negotiations will continue. The question today stands at what time and with what prospects. It is now a matter for the Irish presidency to try to find possible roads.

TSS: What should be Slovakia's objectives in the course of any future talks?

JF: Clear, reasonable positions and the ability to gain the support of others are the road to success. The union needs to simplify primary legislation and decision-making procedures and get national parliaments more involved in the process of creating European law so that the national and European legislators don't drift further apart. That could only lead to misunderstandings or even contradictory steps, which would make them both weaker.

The talks in Brussels didn't produce an agreement, but it was an important lesson for all involved, including the new states without whose consent primary legislation can no longer be changed. This is what we need to realise, that it is now our Europe and we want to shape it along with others. It should not be a matter of vanity, but of pride.

TSS: Should Slovakia stand more on the side of Poland and Spain or France and Germany?

JF: We need to realise that 'pacta sunt servanda' is an excellent principle, and international agreements should be respected. And let's look at the Pact of Growth and Stability. If the countries that set the rules for the monetary union are themselves violating them because they can, thanks to their strength, while smaller countries have to stick to them, we are not headed in a good direction.

So if we are going to change the treaties let's remember that we will then have to respect them. Otherwise it will be like in the case of the Treaty of Nice, which was adapted after several days and nights and, subsequently, Ireland had to twice hold a referendum on it. In the end it is a problem for the main protagonists of the EU 15. It's a problem for the French; it's a problem for the Germans.

I think everyone is responsible for the current situation, including small countries. When two and two cannot agree, where are the rest? Why are they not trying to present ideas that would bring the two extremes closer together?

To insist on the [Polish] slogan "Nice or nothing" is irrational, but to insist on the proposal of the convention is also not a constructive attitude. An adaptation of the Treaty of Nice in the field of qualified voting could provide a solution. We should not get rid of the principle of weighted voting. It has been tested by time and replaced unanimous voting by a majority principle, but at the same time gives an advantage to smaller states. I think this has not been outlived. The union is enlarging and we were counting on this advantage.

There were two reasons why an agreement was not reached: The lack of time and the main players mutual inability to be forthcoming, although they were not the only ones responsible for the result. All were. The union cannot afford another similar blow because that would significantly weaken it. As a Slovak saying goes, we had better "hurry up slowly" and try to create more space for understanding and finding an acceptable solution.