The switch from red to green

"IN SLOVAKIA, even the vegetarian food comes with bacon."
A sentiment often heard from foreign visitors, and not unjustly. To many native ears, the word "meatless" merely descri-bes a meal that does not feature a steak or chicken breast as its centrepiece.
Things might be changing, however. In the past year, truly vegetarian food has appeared at the top of the menus and advertised on the windows of at least four new restaurants in the country's capital. 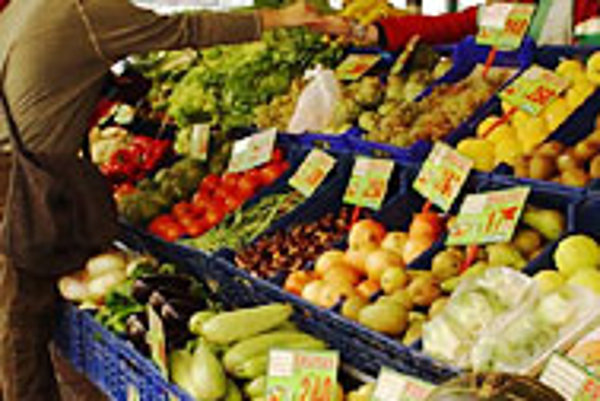 Font size:A-|A+  Comments disabled
"IN SLOVAKIA, even the vegetarian food comes with bacon."

A sentiment often heard from foreign visitors, and not unjustly. To many native ears, the word "meatless" merely descri-bes a meal that does not feature a steak or chicken breast as its centrepiece.

Things might be changing, however. In the past year, truly vegetarian food has appeared at the top of the menus and advertised on the windows of at least four new restaurants in the country's capital. Interest in meatless diets is growing, and has been over the past decade through rebellions against both social norms and cardiovascular disease.

According to Live and Let Live, an animal and human rights group that favours a vegan diet (free of all animal products), 10 years ago there were less than 100 vegetarians in Slovakia. Today, they make up as much as 1 percent of the adult population, or more than 70,000 people.

The new eateries have an inspiring example of the popularity of vegetarian food in the Vegetarián Restaurant on Laurinská Street, in the centre of Bratislava. On weekdays, a line of customers stretches down the street outside, gathering in all weather even before the doors open to the public.

When the cafeteria opened in 1993, according to manager Eva Fabulová, it faced troubles. "At the start we had big problems, especially with raw ingredients, because the selection was fairly scarce. By now," she said, "things have changed and there is a rich selection of basic goods."

Alfa Bio, currently eastern Europe's largest producer of tofu, a protein-rich food made from soy beans, tells a similar story. The company, founded in 1991 when Czechs and Slovaks still shared a state, says that the Slovak health food market opened after the fall of the communist regime in 1989.

"In the past 10 to 15 years there has been a speedy growth in the availability of products for vegetarians and for others who want a healthy diet," said Ján Lunter, founder and head of the company, adding that the competition is "getting more intense".

Many vegetarians echo this comment, saying that being a vegetarian has become much easier since the end of the communist regime for reasons both social and practical.

Marta Švecová, a vegetarian for seven years who recently opened her own restaurant in Bratislava catering to the diet, Elixír 14, said that before the fall of communism, "there was a lack of information and of products, like fruit and fresh vegetables".

Monika Šubrtová, 26, and Daniel Kordík, 27, two vegetarians who came to the diet for animal rights reasons, agreed. Before, said Šubrtová, "people said that if you ate only vegetables you would have green children, and that you were poor".

Kordík went on to explain that Slovakia has less of a foundation to feed the growth of vegetarians than Western countries. "The first wave of vegetarianism in the West was in the 1960s. When these people entered their thirties, they had the chance to create the products that they had been missing before. Here we didn't have that chance, so our wave is now, starting in the 1990s."

Free of strict control after 1989, the youth followed Western trends. One group that arose around that time was Food not Bombs, an organisation that distributes vegan food to homeless people and engages in other activities for the reduction of military armament and against poverty. Developed in the US, independent chapters have since formed all over the world. In Bratislava the organisation counts a core of about 15 members on various diets, some of which include meat and some include no animal products at all.

Lucia Andová, 17, and Tomáš Gargel, 16, the heads of Bratislava's chapter of Food not Bombs, said that the members who become vegetarian do so "mainly for political and ethical reasons. It is our belief that eventually the diet also becomes a lifestyle."

Healthy hearts
Most, though, do not take on a vegetarian diet purely for political or ethical reasons. The companies handling the products that make life easier for vegetarians also target other groups, including those for whom meat plays a central dietary roll.

Martin Ďurko, spokesman for Planéta Food, which has imported, distributed, and sold speciality vegetarian products since 2001, said that the company's customers are people "who understand that their health directly depends on the food they consume".

According to Live and Let Live, 15 percent of Slovaks intentionally reduce the amount of meat they eat.

The reason behind such a statistic might be found in a report issued in May 2003 by the Flóraporadňa health centres. Summarising data collected from 22,000 people over five years, it questioned the healthiness of the average Slovak lifestyle.

"From the existing data, it is clear that the high death rate in Slovakia resulting from cardiovascular diseases comes down to unhealthy lifestyle and diet," said doctor Jana Jurkovičová from Flóraporadňa in Bratislava.

She also said that, while in developed countries cardiovascular diseases cause about one third of all deaths, in Slovakia they cause as many as 55 percent of deaths.

According to a Health Ministry report from the same time, the risk of high cholesterol levels, which have been linked to the consumption of meat, is more than 50 percent among Slovaks.

"Conservatism in diet [of the meat-eating majority] is one of the primary problems for vegetarians in Slovakia," said the Alfa Bio's Lunter. He added that doctors perpetuate the problem through a lack of education.

Švecová agreed: "Doctors are mostly against vegetarianism, which could be changed. There could also be more education in schools."

Those with a vested interest, meanwhile, each handle education in their own way.

Planéta Food runs an educational centre where it organises various meetings and lectures to teach about healthy lifestyle, practical cooking, and therapeutic diets. Organisations like Food not Bombs and Live and Let Live argue the political case for vegan and vegetarian diets through public activities and the distribution of flyers and books.

Švecová, for her part, hopes to win over meat-eating diners at her Elixír 14 through flavour: "I do hope I will convert some people to vegetarianism after they taste the food here."

Martina Pisárová contributed to this article