Oil profits in the pipeline

THE OIL company Yukos has been present in the Slovak energy market since 2002, when it purchased a 49 percent stake in Transpetrol, the only Slovak oil transporter and the operator of the country's oil pipeline system.
Through Transpetrol, Yukos has acquired better access to Western markets for its oil produced in Siberian fields. Thanks to the Russian company's plans, Transpetrol, whose pipelines are only used at about 50 percent of their capacity, should be able to increase the amount of oil it transports. 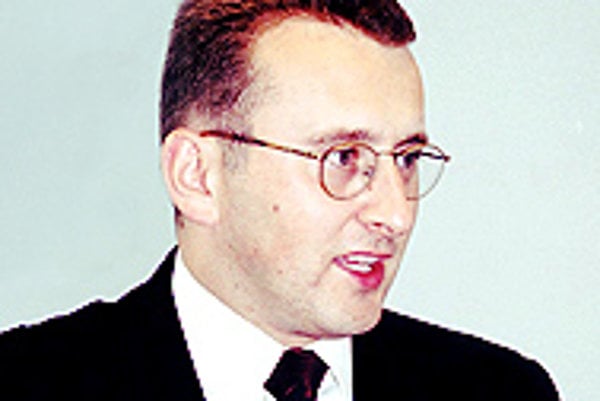 Font size:A-|A+  Comments disabled
THE OIL company Yukos has been present in the Slovak energy market since 2002, when it purchased a 49 percent stake in Transpetrol, the only Slovak oil transporter and the operator of the country's oil pipeline system.

Through Transpetrol, Yukos has acquired better access to Western markets for its oil produced in Siberian fields. Thanks to the Russian company's plans, Transpetrol, whose pipelines are only used at about 50 percent of their capacity, should be able to increase the amount of oil it transports.

One of the first steps in this direction was the signature of a memorandum of understanding on transporting crude oil supplies from Siberian oil fields owned by Yukos to the OMV refinery, Austria's biggest, in Schwechat, near Vienna.

A new pipeline spanning from the Slovak refinery Slovnaft in Bratislava to Schwechat will carry out the oil deliveries. In December 2003, OMV and Transpetrol signed a shareholder agreement to create a joint venture for the construction and operation of the new pipeline.

Construction of the 60-kilometre pipeline, which will have a total capacity of around 3.6 million metric tonnes of oil per year, will begin before the end of 2004.

The Slovak Spectator talked to Ján Kridla, chief representative of Yukos in Slovakia, about its experience and business plans in Slovakia.

The Slovak Spectator (TSS): Why did the Yukos Oil Company decide to enter Transpetrol?

Ján Kridla (JK): Entering the joint stock firm Transpetrol meant the expansion of Yukos' activities to include the area of oil transportation. Oil transit is a key part of the industry, as fields are usually situated far away from the area where the oil is actually used. As Slovakia's only oil transporting company, Transpetrol has a long tradition and rich experience in this area. It also enjoys an advantageous geographical position with a strategic value for potential connection of the eastern European oil transportation networks with the western, northern, and southern European networks, which has a strategic meaning for Yukos as an important oil producer.

TSS: Yukos, Transpetrol, and OMV signed a contract on a joint business to build and secure the operation of an oil pipeline connecting Bratislava and the refinery in Schwechat. What will this project bring to all involved parties?

JK:The interconnection project will bring advantages to all parties involved. Yukos will gain access to the Austrian market and the way to the attractive markets in Germany and Italy, which are now only accessible via a much more expensive combined transportation system, will potentially open up. The implementation of this extensive project will enable our Austrian partners to considerably diversify their oil sources and will also reduce expenses. The Slovak Transpetrol firm is another partner who will profit from the project through the increased use of its pipeline capacity.

TSS: Yukos is one of the very few established Russian investors in Slovakia. Do you think that the virtual non-existence of Russian firms in Slovakia is a result of the weak economic basis of most Russian firms, as is the case in Slovakia, or is it simply caused by a lack of interest in Slovakia on the part of Russian businesses?

JK: I cannot give a clear answer to this question because it is hard to generalise about the strategies of Russian firms when deciding on their foreign investments. Investment, or rather the launch of a project abroad, always demands a strong and stable economic position on the domestic market and a strong financial base. It is therefore natural that, of the Russian firms, it was specifically the energy companies who were among the first to decide to invest abroad because they had strong economic resources, a financial background, and long experience.

TSS: After Yukos announced its interest in investing in Slovakia, there was distrust of Russian investors among the Slovak public, although the attitude has started to change with time. Why do you think the distrust was here in the first place and are you confident that you have completely overcome it by now?

JK: There were several reasons for this; of course the historical background, emotional barriers, concerns regarding the development of Russian society after the fall of communism, etc. In my opinion, however, such prejudice has been overcome. I believe that people realised, based on Yukos' activities in Slovakia, that judging investment by non-economic criteria is not appropriate. The Yukos management, as with other international firms, includes a number of foreign managers who are also a guarantee that company management in our firm is fully in line with international standards.

TSS: Recently, former Yukos president Mikhail Khodorkovsky was imprisoned, and the merger of Yukos and the Russian oil firm Sibneft was cancelled. How does this situation influence the company's activities in Russia and its foreign projects?

JK: The current developments naturally have an impact on lay and expert public perception. I can assure you that the company has maintained its focus on achieving its strategic business goals, which is also documented by the recently published operational results for 2003. The company continues to run its projects abroad as before. It was, therefore, no surprise that Energy Intelligence [an international energy think tank and information company] recently evaluated Yukos as the world's second best in terms of the quality of corporate management among oil and gas companies with a minority state stake.

TSS: Through the Open Russia Foundation, Yukos supports the establishment of Russian centres abroad. One such centre is planned at Bratislava's University Library. Why did Yukos decide to support the project?

JK: Russian study centres are expected to serve as a kind of an "information gate" to Russia and be available to all who are interested in the country, its culture, science, education, and so on. Yukos considers the support of cultural projects and activities designed to spread Russian culture to be part of its philosophy and I am glad that one of these projects could take place in Slovakia.