From questionable to genius 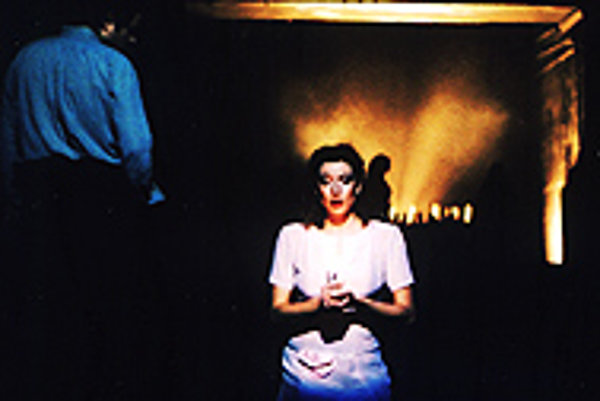 THE SOUNDS of Béla Bartók's music invaded the hall of the Slovak National Theatre (SND) in Bratislava shortly before the end of last year. His ballet The Wooden Prince and the opera Duke Bluebeard's Castle premiered at the same time, on November 6 and 11.

The magnetic, mysterious, and strongly symbolic stage works of the composer attract artists all around the world. Their polysemic nature allows great freedom for creative imagination, and stimulates a search for new artistic expressions and philosophical meanings. This search sometimes brings strikingly contrasting results that range from questionable to genius.

The scripts of Béla Balázs, a symbolist poet, inspired both the ballet and the opera. Hungarian artistic institutions first rejected the opera, which was written in 1911, as "unplayable". It had to wait seven years to be staged. Finally it was performed in 1918 after the Wooden Prince ballet's first great success in 1917.

The musical language of these works marries modern and folk elements; it sounds simple and expressive at the same time, which is ideal for depicting these fairy tales that are so full of mystery.

The ballet tells the story of a prince who falls in love with a princess. In order to attract her attention, he creates a wooden doll of a man, with which the princess falls in love. Finally she gets bored with the mechanical toy and recognises the beauty of the prince.

The ballet cast that appeared at the November 11 performance was young, handsome, well trained, bright, talented, and proved to be perfect. Dancers Roman Novitzky (Prince), Veronika Henschová (Princess), Andrej Kremz (Wooden Prince), František Šulek (Fairy), and the rest of the group looked very harmonious in their respective parts. They demonstrated the miracle of their physical condition as they performed a demanding and complicated ballet created by the Hungarian choreographer Tamás Juronics. Kremz was unforgettable in his extended solo dance as a wooden doll. The stage and costume designer Zsuzsa Molnár from Budapest opted for an eclectic style.

That night it was easy to confuse the national theatre with cabaret. The bright colours of feathers, glitter, and shiny leather adorning the bodies of dancers of indeterminate sex filled the hall in the first minutes of the show. A group of dancers looking like transvestites played an ambiguous role in the love story between the prince and princess, and the male (or was it female?) leader of this group even got romantically involved with the prince! The wild imagination of the choreographer kept people, colours, and decorations moving on the stage for the whole hour without offering a clear idea what it was all for. This free interpretation of Bartók's ballet left very mixed impressions and many unanswered questions.

The opera Duke Bluebeard's Castle provided no happy ending. The duke brings his new wife, Judith, to his dark and gloomy castle. There are seven locked doors behind which Bluebeard keeps his secrets. Judith opens the doors, one by one, and discovers the dark past of her husband. Her destiny is clear: to disappear behind the last door just as the duke's previous wives did.

The Slovak stage director Martin Bendik and costume designer Alexandra Grusková chose an artistic approach totally different from the previous piece. Instead of overcharging the stage for nothing, they used a few, well-selected expressive tools to communicate a lot of meaning. They made every detail play several roles.

For example, the only object on the stage - an old car - was easily transformed into a bed, a candle stand, and a chair. Candles, which Judith used instead of keys to open mysterious doors, served as the only source of light, chasing the ghosts of the past.

The contrast between light and darkness is the most important element of this work, and the opera creators used it to the peak of expression. The grey walls of the castle, the ruins of the car, the scarcely illuminated stage, the lonely candlelight, and coloured gleams coming through the opened doors... All these carefully chosen details fit like puzzle pieces to complete the final image of a lonely and tragic human destiny.

The musical interpretation of this opera piece reached artistic heights. Denisa Hamarová (Judith) and Gustáv Beláček (Duke Bluebeard) demonstrated the finest qualities of their voices and a profound understanding of Bartók's music.