EUROSTAT's latest survey shows Slovaks to be among the most pessimistic and dissatisfied Europeans. A staggering 46 percent of Slovaks interviewed by the European Union's statistical office are "not at all satisfied" or "not very satisfied" with their lives. Comparatively, only 31 percent of Czechs were dissatisfied. 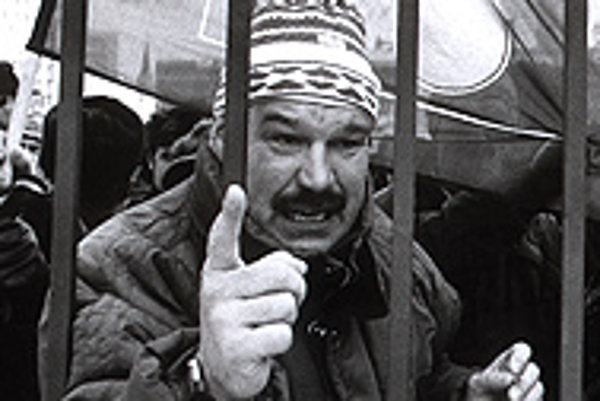 Font size:A-|A+0
EUROSTAT's latest survey shows Slovaks to be among the most pessimistic and dissatisfied Europeans. A staggering 46 percent of Slovaks interviewed by the European Union's statistical office are "not at all satisfied" or "not very satisfied" with their lives. Comparatively, only 31 percent of Czechs were dissatisfied.

With enlargement just weeks away, Eurostat's Eurobarometer survey also points specifically to a growing pool of Slovak dissatisfaction. More so than in any other acceding country, 53 percent of Slovaks feel that their personal situation has "gotten worse" during the past five years.

Only a minority feels that life has improved (18 percent) or stayed the same (27 percent). Moreover, Slovaks are among the most pessimistic Europeans as to the future, with a majority thinking things will get worse (32 percent) or just stay the same (26 percent) over the next five years.

Eurostat links the dissatisfaction of those surveyed to their country's economic situation. And once again Slovakia tops the pessimism scales - a full 65 percent feel the economy will be worse in 2004.

Pavol Kubovič, vice-chairman of foreign affairs in the Slovak Council and an observer in the European Parliament for the Christian Democratic Movement, has an explanation:

"Since 1999 we have made great efforts to balance the budget because Slovakia wanted to join the EU. We had to overcome the growing budgetary deficit of the 1990s. Many people expected changes in a shorter period but we needed more time. Now our economy is growing. Soon, perhaps in this year, our people will start to see the results of reforms."

The bad economic feeling has spread to perceptions of the national democracy:

"The most generally sceptical countries are Poland, Bulgaria, and Slovakia. National political institutions are only trusted by 22 percent of Slovaks, and only 19 percent of Bulgarians. Poles are the least trusting - 15 percent," says Eurostat's report.

But Slovaks are the most dissatisfied with their national democracy (79 percent), even more so than Romanians and Bulgarians. Interestingly, the survey results also show Slovaks to be among the least nationalistic of Europeans - only 29 percent feel they are only Slovaks. That compares markedly to 61 percent of Britons who feel only British.

Like most other acceding countries, there has been a slight decrease in citizens seeing EU membership as a "good thing" following the referendum. Eurostat's survey indicates the high 92 percent "yes" vote for Slovak membership has now declined, although a majority of Slovaks remains positive towards EU membership.

This indicates that shrinking enthusiasm throughout the EU has not yet affected the country. Around 51 percent of Slovaks have a "very" or "fairly positive" image of the EU. They are also the most aware of EU institutions.

But with Slovaks being among the most persistent in linking the right to work to EU membership (84 percent), barriers set by old members on workers coming from acceding countries are likely to dampen pro-EU sentiment.

"Slovaks are not happy with the restrictions on the right to work in the EU. When we were negotiating membership, many countries did not mention restrictions. This makes Slovaks less enthusiastic about the EU," says Kubovič.

Not only in Slovakia but throughout the EU, the number of people positively disposed towards the union fell by six points to 48 percent compared to the last survey, early in 2003.

"While public support for key EU policies remains generally strong, we cannot afford to ignore the fact that this support has declined markedly," said Prodi.

"Bitter disputes like that over the Stability and Growth Pact and unseemly horse-trading between national governments detract from the good work that is going on in the EU to build a better society for everyone," he added.

The European Commission further blames the decline in confidence on the economic downturn and general concerns about employment. Prodi hopes EU leaders will take due note of the survey results.