EU has a lot to recognise

BEFORE entering the European Union on May 1, Slovakia will have to shake one more legacy of the former communist regime.
Until now, the qualifications of citizens of post-communist states and countries like India, Iraq, and Afghanistan have been automatically recognised in Slovakia.
After May 1, these automatic recognitions would mean impermissible advantages for citizens of third countries, those outside the EU. 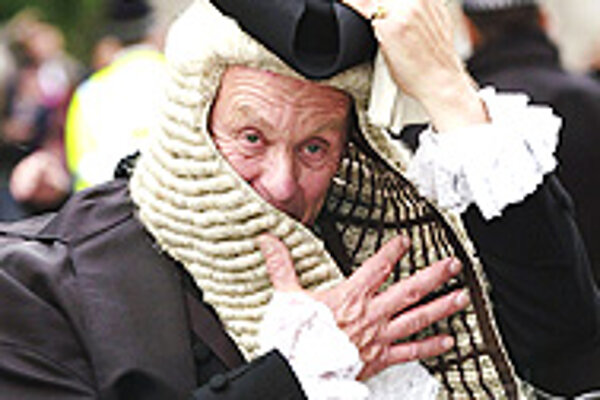 Font size:A-|A+  Comments disabled
BEFORE entering the European Union on May 1, Slovakia will have to shake one more legacy of the former communist regime.

Until now, the qualifications of citizens of post-communist states and countries like India, Iraq, and Afghanistan have been automatically recognised in Slovakia.

After May 1, these automatic recognitions would mean impermissible advantages for citizens of third countries, those outside the EU.

Therefore the Slovak Ministry of Education has proposed the termination of these bilateral agreements.

Citizens of these states, as well as any other third country, will have to have their qualifications recognised in line with requirements laid down by new national provisions.

As education policies remain in the hands of individual EU members, Slovakia wants, in a number of cases, to change these agreements in a way that only allows the recognition of acquired qualification for the purpose of further education.

Once the Slovak Republic enters the EU, it will have to treat the citizens of all member countries as it does its own people. In the area of recognition, this means that recognised member citizen's qualifications will be accepted in Slovakia as equal to domestic credentials.

However, each EU member country may have different legal requirements for various regulated professions, such as those vocations that, mainly on the grounds of the protection of public health, are regulated by the state.

The result is a set of four different means of recognising qualifications.

In those professions where the EU has managed to coordinate minimum educational requirements among present and future members, there is automatic recognition.

This mainly applies to medical professions - doctors, dentists, vets, pharmacists, nurses, and midwives, though two other professions for which universal EU directives coordinating requirements have been adopted are architecture and law.

Paradoxically, the lawyers who were responsible for drafting EU legislation had to make do with a special regime of recognition, Mária Hrabinská, head of the Slovak Ministry of Education's Centre for the Equivalence of Diplomas, told The Slovak Spectator.

Lawyers operate under a specific system of recognition, as each nation's body of law is specific and very different. Though their qualifications may be automatically recognised, they still might have to undergo aptitude tests, Hrabinská explained.

This test involves a revision of all study materials, making it so difficult that very few people have passed.

However, several years ago the EU adopted a directive that allows lawyers to have their qualifications recognised if they practise their profession in their host country under defined conditions.

As the drafting of directives for individual professions takes a long time - in the case of architects it took 14 years - qualifications for other regulated professions are recognised only semi-automatically.

Semi-automatic recognition involves a comparison of the length and content of the applicant's education with the host country's professional requirements.

Substantial differences in length can be compensated by work experience and major content discrepancies by aptitude test or an adaptation period.

In some regulated professions like masonry, hairdressing, massage, and tourist guide services, qualification can also be recognised through work experience.

The fourth type of qualification recognition is a simplified one for the purpose of providing occasional cross-border services.

"Occasional services do not require the recognition of qualifications.

"For example, if an Austrian doctor has a patient who broke his leg while skiing in the High Tatras, he will be allowed to treat him temporarily.

"However, if such a doctor wants to open a private clinic in Slovakia, he will have to undergo the whole process of arranging a license, which will also involve a check of his qualifications," said Hrabinská.

The EU is now drafting a new directive that will broaden this simplified regime to include more than just automatically recognised qualifications. The preparation of this directive is, however, a very complicated process, said Hrabinská.

In Slovakia, qualifications are first recognised by the Centre for the Equivalence of Diplomas and then by the relevant state body. The first phase takes up to three months and the whole process up to four.

"Our centre's role is advisory only. The final decision lies with the relevant state body, which is the respective regional authority.

However, they generally accept our recommendations," explained Hrabinská.

As these rules for qualification recognition are valid across the European Union, after May 1 they will also apply to Slovaks seeking work in other EU countries.

Judging by the fact that Slovakia will become the EU country with the largest ratio of high school graduates, according to Education Minister Martin Fronc, and the proportion of Slovaks with a university education is also significant, the EU states will probably have a lot to recognise.