Devils brought this fitness star to the City of Angels

TIMEA MAJOROVÁ, a fitness expert from Slovakia, is another example of a young and successful professional who has gone abroad for work.
The awards she has won (see box at bottom) are a testament to her popularity all around the world.
This 29-year-old fitness competitor, who has lived with her husband in Los Angeles for several years, has been involved in competitions since 1994. 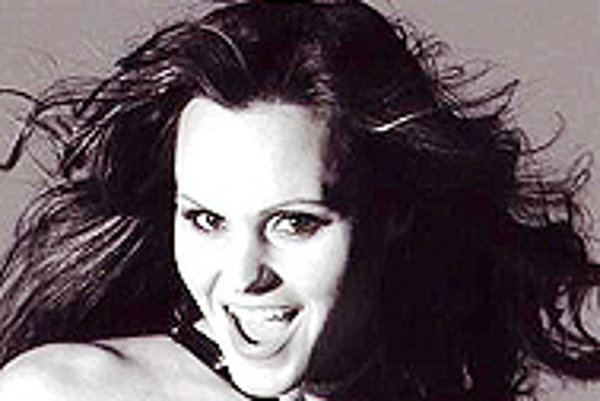 Font size:A-|A+  Comments disabled
TIMEA MAJOROVÁ, a fitness expert from Slovakia, is another example of a young and successful professional who has gone abroad for work.

The awards she has won (see box at bottom) are a testament to her popularity all around the world.

This 29-year-old fitness competitor, who has lived with her husband in Los Angeles for several years, has been involved in competitions since 1994.

The Slovak Spectator conducted an interview with her in Los Angeles about her career and her future plans.

The Slovak Spectator (TSS): When and why did you start working in fitness?

Timea Majorová (TM): I have always been an athletic person who liked all kinds of sports. I was born in a village of about 10,000 people close to the Hungarian border. As a little girl, I was constantly outside playing soccer with boys.

After first seeing a fitness contest on TV, I told myself: 'This is it! This is what I want to do, I want to try it.' So I started weight training. My first contest was in the year of 1994, and in 1995 I was the Slovak champion.

TSS: What does it take to become successful in fitness?

TM: Daily work and a lot of discipline. It's the whole lifestyle: sleeping, eating, taking supplements, and doing gymnastics.

When I was competing in fitness, I had to do gymnastic routines. Sometimes it [the training] is very difficult so you need to be completely motivated and focused. In addition, you need to be on a diet.

TSS: What does this sport mean to you?

TM:It's my entire life and I live it every day.

TSS: Zora Czoborová, another Slovak fitness star, has spent a lot of time in Los Angeles as well. Do you see each other? Have you ever competed against her?

TM: We haven't met each other here. We started to compete in Slovakia, where we were big rivals. But in 1997 I beat her at the World Championship. The same year I won first place at the European Championship and she came in third.

TSS: What has to be sacrificed for success?

TM: Many things have to be sacrificed. A lot of times my girlfriends would go out dancing until morning, but I couldn't because I needed energy so I could exercise the next day. You need to rest and so do your muscles. My life has always been all about fitness and competition. It takes a lot of sacrifice.

TSS: Why did you leave Slovakia?

TM: The first impulse was meeting my husband; he was my trainer in Slovakia. Together, we decided to move to the US, where I became a professional fitness competitor.

TSS: So the reason for moving out of the country was that you met your husband?

TM: It's interesting because it came at the right time. I met him in 1996 and in 1997, with his help, I became the European and World Champion.

He really helped me because, before, I was making a lot of mistakes.

And all of a sudden I was living here [in Los Angeles], and I was a professional athlete.

TSS: What do you see as the main difference between fitness in Slovakia and in Los Angeles?

TM: It is much easier to compete here than in Slovakia. The whole preparation process is different. Also, professional fitness contests are based in America; the organisation is here.

TSS: With all the facilities that are available to you in the US, in what specific ways do you find it easier to practice fitness in this country?

TM: When I lived in Slovakia, everything was more difficult. I didn't have supplements, I didn't have a good gym, and I didn't have money to get massages. I had nothing. The gyms were small. So, especially in California, which is the centre of fitness and bodybuilding, you have the best of the best - the best gyms and access to the best means of preparation - facilities, trainers, etc.

TM: It was very exciting for me. I remember when I got the opportunity to come here, it was like a dream come true. I got a sponsor and all of a sudden I had everything.

In Slovakia people were very negative. Also, the main reason is that at home, there was a huge rivalry between the girls. I was not from Bratislava like the rest of the girls, including [the well known] Czoborová. So I think they received better treatment, and they acted devilishly towards me.

I was very happy to come here because, suddenly, I was surrounded with positive people and the best coaches.

TSS: What is your daily routine here in LA?

TM: My husband and I have a gym, where we train people in the mornings from Monday to Friday, and in the afternoons I train myself. During the weekends I travel and do many photo shoots for fitness magazines. In addition, I am taking acting classes once a week.

TSS: It seems to me that you have adapted to the lifestyle associated with Los Angeles, which is known for its entertainment industry.

TM: Yes, I would love to do some action movies in the future, but my accent makes it difficult. So, I would like to improve my English and go to some auditions.

TSS: Have you met any stars?

TSS: How about a fitness idol? Do you have one?

TM: Cori Everson [US athlete] has always been my idol. When I met her, I realised that she was not only a great athlete, but also a very smart and intelligent person. I love her energy. She was Miss Olympia seven times, I think.

TSS: What do you think of Arnold Schwarzenegger?

TM: I like him a lot. In fact, he holds a contest every year in Columbus, Ohio and I came in second place in 2000.

No bodybuilder has achieved as much as he has. And he's not only an athlete - he's an actor and now even a politician.

TSS: What do you think about him being the governor of California? Have you ever thought about entering politics?

TM: I support him. For my part, I have never thought about entering politics. Especially because I am from Slovakia, where the politics are different.

TSS: What are your goals for the future?

TM: I have focused more on training other people since 2001. I love travelling around the world and want to continue doing it. I just signed a contract with the company I represent for two more years. After, I would love to have a family.