Schuster: I do not wish for early elections

THE FIVE-year election term of Rudolf Schuster, Slovakia's first directly elected president, is quickly nearing its end. The question is whether this election term will be remembered as his first, or as his only.
In June 1999, Schuster was sworn in after the seat had been vacant for over one year, the result of a parliamentary deadlock. 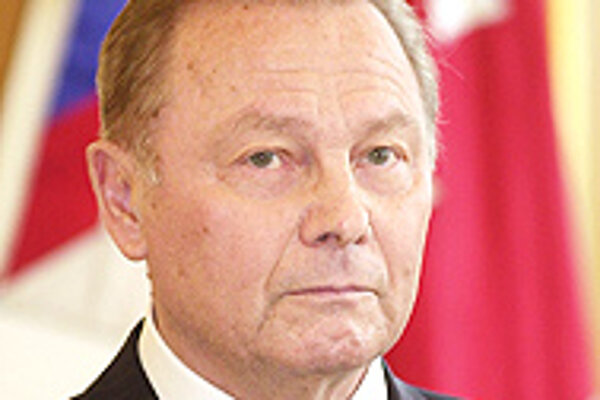 Font size:A-|A+0
THE FIVE-year election term of Rudolf Schuster, Slovakia's first directly elected president, is quickly nearing its end. The question is whether this election term will be remembered as his first, or as his only.

In June 1999, Schuster was sworn in after the seat had been vacant for over one year, the result of a parliamentary deadlock.

The prospects of Mečiar's success united political parties and Schuster became the clear champion of pro-reform forces in the country.

Over the years, his relationship with PM Mikuláš Dzurinda, as well as most right-wing parties, has suffered a number of setbacks.

After the 2002 parliamentary elections, Schuster became a vocal critic of what he called the socially damaging programme of the current administration, returning dozens of laws to parliament.

That agenda seems to have won him the favour of voters and Schuster stands some chance of being one of the two candidates to reach the second round of what is so far a tight race between four contestants.

The Slovak Spectator (TSS): What made you run for office again?

Rudolf Schuster (RS): Even though many saw [my initial hesitation] as a tactic, my decision-making wasn't easy. What convinced me in the end were the calls from labour unionists, writers, [World War II] anti-fascist fighters, loads of personal letters, and the fact that over 56,000 citizens signed the petition for my candidacy.

Besides, I think the country has found itself in a very turbulent situation and I would like to contribute to the efforts to calm it down.

TSS: What do you see as your main strengths, when compared with the other candidates?

RS: I have almost five years of experience in office. That's an advantage none of my competitors have. Moreover, I'm confident to say that I fulfilled everything that I promised in the previous campaign - that we become members of NATO and the EU.

These things sound natural today, but keep in mind the situation Slovakia was in five years ago.

TSS: And what, besides calming the overall situation, do you plan to promise voters this time around?

RS: I don't intend to promise anything. In these elections, voters have a chance to judge how I did my job and freely decide whether I should continue, or whether I should be replaced by a different president.

TSS: What do you see as the main challenges facing Slovakia today?

RS: Firstly, it's the reforms. No one doubts that they are needed. [But] I have been pointing out for several months that they are being done without thorough analysis, in an uncoordinated manner, and at times with fatal consequences for those at the bottom of the social ladder.

The first corrections [to the reforms] are already being made under the pressure of those who are poorest - the Roma. However, those living in regions with unemployment of over 20 percent, young families, retirees, all of those [groups] are also very badly off.

The EU is built on the principle of mutual solidarity. We seem to have given up on this principle. I expect that the cabinet will have to make some adjustments to the reforms, because they need to serve the people, not go against them.

TSS: Do you find the government is responding well to the recent social challenges?

RS: Many corrections have been made under the pressure I mentioned and they will only have a short-term impact. The government needs to deal with the problem of unemployment among socially weak families. And that's not only the Roma.

Especially with the Roma there should [be more focus on] education from an early age and the gradual development of working habits. We should work more closely with other countries where they face the same problems, such as the Czech Republic, Hungary, Bulgaria, Romania, and Poland.

TSS: Why do you support the demand of Roma leaders that the military and police be pulled out from Roma settlements? Do you think they pose a threat to the Roma and their actions are inadequate?

RS: Unfortunately, my statements were distorted by the media. I spoke out in favour of pulling the army back to the barracks. I was in no case talking about the police force.

If we look at the situation from a realistic perspective and not in light of the recent events, we have to admit that in the long run it is not feasible to let the police and the army patrol all 620 existing Roma settlements and other tens of communities in the cities.

The police will have to move on to protect the lives and property of citizens and repression will have to be replaced by prevention.

TSS: How can this crisis influence the outcome of presidential elections and the referendum on early elections, planned for April 4?

RS: That's currently difficult to assess. The Roma are not stable voters, so anyone wishing to profit from their bad situation could be very disappointed. I think anyone who speaks out in favour of solving the situation by means other than force could lose points with the majority population.

TSS: Besides reforms and Roma problems, do you see any other issues of concern ahead?

RS: The other challenge is Slovakia's entry into the EU. Those who are offering us a third way or who think that all our problems will disappear on May 1 [when Slovakia enters the union] are not being honest.

The truth is that a very long road is still ahead of us, but at this time we have no alternative. I think we can offer Europe clever and educated people who can and want to work.

We are a very sturdy nation, which can make it in a tough competitive environment. I have no doubts in this regard.

TSS: Since you see the EU as a top priority for the future, do you plan to introduce your clear vision of Europe before the elections?

RS: I spoke about it in my parliamentary address in December 2003. Slovakia shouldn't become one large production hall. Our main assets are educated and clever people. We will only make up 1.5 percent of the EU's total population and it will therefore also be very important for us to preserve our own cultural identity and cultural traditions.

TSS: What developments do you anticipate on the domestic political scene, especially as far as the chances of early elections are concerned?

RS: I do not wish for early elections. I think it is not the right but the duty of this government to see through the reforms it has launched.

I trust there are ways of strengthening this coalition, which is now very shaky and its only piece of luck is that the opposition is also divided. The first serious test of the coalition's stability and the opposition's strength will be the vote of confidence regarding Deputy PM [and Finance Minister] Ivan Mikloš. If he is recalled, it could have fatal consequences for the coalition.

RS: I have said my opinion and it is up to voters to say theirs in the referendum.

TSS: When you say that there are ways of strengthening the coalition, what specifically do you have in mind?

RS: An agreement between today's coalition and either independent MPs or the Free Forum. Otherwise, the cabinet will not rule with any long-term perspective.

TSS: What government would, in your opinion, be best for Slovakia?

RS: That's up to the citizens to decide. I think Slovakia needs a pro-reform government, which will, at the same time, not forget those who are, unwillingly, dependent on its help.

TSS: What will you do if you are not elected?

RS: I will have more time for hobbies and family. I plan to travel in Canada - from the west to the east coast, write a book about it, and film a documentary. I'm preparing another book about Brazil. The roof of our house needs reconstruction.

My grandchildren have begged me to stay in Košice. And if health allows me, I will play tennis with friends. I'm not the type to sit at home, read newspapers, watch TV, and curse politics.