THE PRIVATISATION of the Slovak power utility Slovenské elektrárne (SE) is about to enter a new phase in early March.
Five bidders selected by the Slovak government will begin due diligence investigations for 21 out of 30 SE facilities. When they finish, probably sometime in May, the investors will consult their shareholders and submit binding offers, initially for the purchase of a 66 percent stake of the whole company. 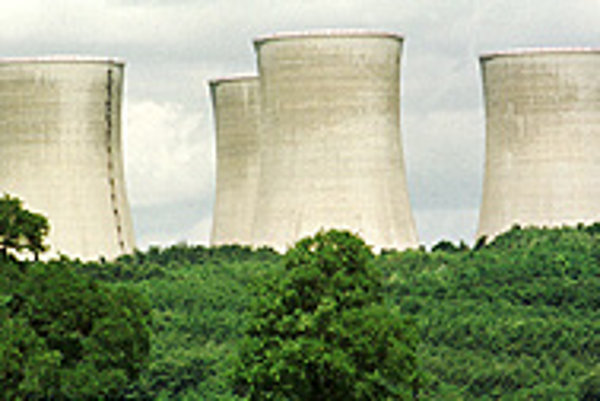 Font size:A-|A+  Comments disabled
THE PRIVATISATION of the Slovak power utility Slovenské elektrárne (SE) is about to enter a new phase in early March.

Five bidders selected by the Slovak government will begin due diligence investigations for 21 out of 30 SE facilities. When they finish, probably sometime in May, the investors will consult their shareholders and submit binding offers, initially for the purchase of a 66 percent stake of the whole company.

If this transaction fails, the investors will then present their bids for the legally re-structured power company, that is separately for the conventional and nuclear parts.

The SE privatisation process started in early October 2003, when investors were asked to present their bids, and a total of 10 investors have done so. The next step was the selection of investors, which excluded from the tender two Slovak companies: SAVAS and Hornonitrianske Bane mines.

Their offers were officially turned down due to the companies' lack of experience in the energy sector and doubts as to whether they could finance their projects.

By the deadline of early December, only five of the remaining eight bidders presented preliminary offers. Although they have been given code names - Dunaj (Danube river), Gerlach, Chopok, Kriváň (all mountains), and Devín (a historic castle) - to make the privatisation more transparent, the bidders are known to include RAO UESR (Russia), CEZ (the Czech Republic) and, most likely, E.ON (Germany), International Power (UK), and AES (US) or Verbund (Austria).

Slovak Economy Minister Pavol Rusko initially reported that only two of the investors, CEZ and RAO UESR, were interested in the nuclear part of SE. However, according to Peter Mitka, a representative of the privatisation adviser PricewaterhouseCoopers, the majority of the five bidders are now interested in the company as a whole.

Slovenské elektrárne produces almost 85 percent of the electricity consumed in Slovakia, using nuclear, thermal, and hydroelectric plants. The 66 percent stake offered by the government is nominally valued at around Sk25 billion (€600 million).

Late in October 2003, Rusko said that Slovakia might seek an investor for the completion of the third and fourth blocks of the nuclear facility in Mochovce, the SITA news wire reported.

Rusko considers the completion of the blocks important due to Slovakia's obligation to shut down two blocks of the V1 nuclear facility in Jaslovské Bohunice between 2006 and 2008. A lack of finances stalled the construction of the Mochovce blocks in 1992.

An amendment to the law on large-scale privatisation passed in the Slovak parliament last November did not only enable an increase in the stake of SE from 49 to 66 percent; it also enabled the state to sell off its remaining stakes in other major, formerly state-owned companies in the energy sector. However, the decision-makers say the state is in no hurry to give up its stakes in all of them.

"There are companies that we don't want to fully privatise," said Rusko, referring to gas utility Slovenský Plynárensky Priemysel (SPP) and crude oil transportation firm Transpetrol. Both are minority owned by foreign investors.

The 49 percent stake in SPP is controlled by French concern Gaz de France in consortium with the German Ruhrgas. Each company owns 24.5 percent.

The 49-percent stake in Transpetrol is in the hands of the Russian oil company Yukos. Transpetrol, Slovakia's dominant crude oil company, operates the Druzhba and Adria pipelines and transports Russian crude oil to central and western Europe.

At the end of February, the Slovak investor PPC Holding, a 100-percent subsidiary of the ex-steelmaker VSŽ Košice, won a tender for the purchase of a 90 percent stake in the relatively small gas and steam energy producer Paroplynový Cyklus (PPC).

Originally, a public tender was announced for the sale of only 90 percent of PPC. But the Slovak government later decided the stake should be privatised along with the 10 percent minority stake held by the soon-to-be privatised SE. Its management announced it would agree to the sale only if the offered price were higher than Sk600 million (€14.7 million).

The privatisation of companies of strategic importance makes emotions run high on the Slovak political scene.

Robert Fico, the leader of Smer, currently the strongest opposition party, argues that by selling such companies, the administration is giving away the country's "family silver" and calls the amendment "a move against national interests". He warns that Slovakia could lose its sovereignty and turn into a "banana republic".

However, supporters of further privatisation argue that state-run companies were often mismanaged in the past, and that private ownership guarantees better and more transparent performance.

"No one is calling the [formerly state-run banking institution] Slovenská sporiteľňa saying 'give my buddy a loan'," Finance Minister Ivan Mikloš said about the improvement privatisation has brought to formerly state-controlled institutions.