THE PIPELINE system in Slovakia crosses precious natural territories protected by the state. Approximately 25 kilometres of the Druzhba pipeline run through a sensitive area of one of the most beautiful and often-visited landscapes in Slovakia - Silická planina plateau in Slovenský kras (the Slovak karst).
This creates especially high requirements for investment in safety measures for the operation of the pipeline. 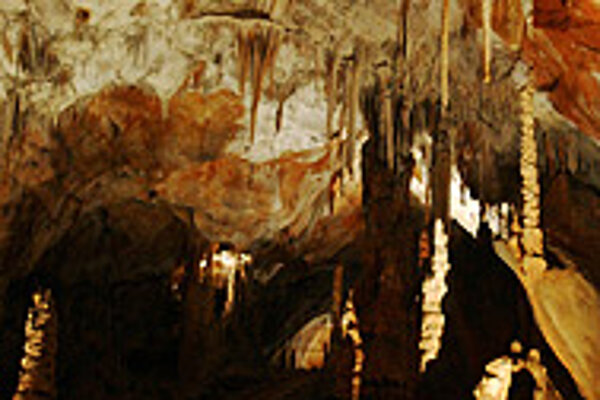 Font size:A-|A+  Comments disabled
THE PIPELINE system in Slovakia crosses precious natural territories protected by the state. Approximately 25 kilometres of the Druzhba pipeline run through a sensitive area of one of the most beautiful and often-visited landscapes in Slovakia - Silická planina plateau in Slovenský kras (the Slovak karst).

This creates especially high requirements for investment in safety measures for the operation of the pipeline.

The Slovak karst is made of limestone and dolomite formations whose depth in southern parts reaches 400 to 500 metres.

Time and water have created huge canyons and caves in the area. The territory has obtained, thanks to the erosion of the karst as well as forests and rare endemic thermophilic flora, a unique look and character among other karst areas in the world.

In 1977 the territory became the first biosphere reservation in Slovakia. The United Nations Educational, Scientific and Cultural Organisation (UNESCO) registered 12 of the karst's caves in 1995.

A potential oil leakage would thus cause vast damage to the precious surface, fauna, and flora of the area. Apart from safety, minimal impact on the country's surface and appearance are also requirements for the pipeline operation in this area.

"From the point of view of environmental catastrophes, a crude pipeline is more dangerous than a gas pipeline. However, an oil pipeline is less visible in the countryside," said Mikuláš Rozložník from the office of the national park of Slovenský kras.

"Additionally, measures for preventing soil erosion had to be taken only in the most difficult terrains," he added.

In order to prevent any possible leaks or other malfunctions, new large-scale safety precautions were added to the pipeline at the end of the 1990s.

The company has built doubled pipelines along almost the whole network, which enables them to repair and upgrade the system without interrupting the flow of crude oil.

An information system and a system for the identification of oil spills, called LEOS, monitor the safety of the pipeline. An optical fibre cable laid along the route should help keep an electronic eye on it.

The LEOS system identifies the exact position of leakage of even small volumes of liquid hydrocarbons in water-sensitive areas. It is based on a special plastic substance, permeable to hydrocarbon gas, but resistant to water and air.

LEOS control stations in Bratislava, Malinovo, and Boldog began operating in 1994. The aim was to protect the biggest Slovak sources of groundwater in Žitný ostrov [southern Slovakia] and Boldog village [eastern Slovakia].

The whole environmental monitoring system is in line with the requirements of the International Organisation for Standardisation. Transpetrol became the first European company to have a registered transportation line meeting these standards.

The company is currently building an information system that should further aid in monitoring the route's state and maintaining its safety. It uses a geographic information system, which enables identification of real objects and their exact position in cartographic projections.

The geographic database contains information on the pipelines, soil, geological conditions, and potential environmental accidents in the areas through which the pipeline passes.

Modern environmentally oriented information systems enable easier decision-making connected with the operation and maintenance of the oil pipeline system, and make it possible to more effectively secure its integrity.

The pipeline information system supports the evaluation of extraordinary events and the potential risks of interaction between the pipeline and the surrounding environment.

The last accident on the pipeline system occurred in 2003 in the eastern Slovak village of Belža while workers from the telecommunications company Telekom Servis were laying optical cable for gas utility SPP. The resulting rupture spilled 150 cubic metres, or close to 1,000 barrels, of oil.

The environmental protection system enabled Transpetrol to respond to the accident only three minutes after leaking started.

The environmental protection system's sophistication has also impressed the company's main shareholder, the Russian oil firm Yukos. The company intends to construct a pipeline to China whose route should lead through territories with a high degree of seismicity and frozen grounds.

"Russian experts plan to use the experience of the Slovak oil transporter Transpetrol in considering and evaluating alternative proposals for oil routes from Russia to China," said Transpetrol.

The Slovak network has an advantageous position in the European system. It has a favourable geographic location and a relatively high transportation capacity. It consists of two routes - the Druzhba and Adria pipelines.

Druzhba was built on Slovak territory between 1960 and 1961. Its route begins in the Russian Federation and continues to the Czech Republic through Belarus, Ukraine, and Slovakia.

Druzhba's overall length on Slovak territory reaches 507 kilometres, and outside the country stretches 2,280 kilometres. The throughput capacity of the country's section is 21 million tonnes per year.

The Adria pipeline covers only 8.5 kilometres of Slovak territory. It starts in the Croatian port of Omishajl and leads to Hungary and Slovakia. It has an overall length of 606 kilometres and an annual capacity of 4.5 million tonnes. It connects to the Druzhba pipeline in Šahy-Tupá, in southern Slovakia.