The end of the classic movie theatre?

THE STANDARD, single-screen cinema house, often the only cultural place in a village, is becoming a part of history for many municipalities. Slovakia had over 700 cinemas at the time of the revolution in 1989; today, less then 300 are still in operation.
"[Traditional] cinema houses may face extinction," said Miro Ulman, head of the info centre at the Slovak Film Institute (SFÚ). 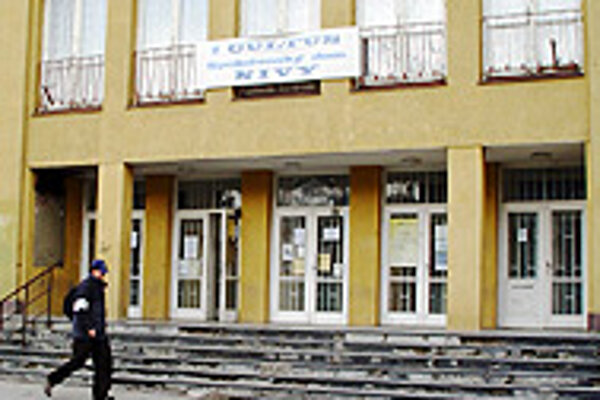 THE STANDARD, single-screen cinema house, often the only cultural place in a village, is becoming a part of history for many municipalities. Slovakia had over 700 cinemas at the time of the revolution in 1989; today, less then 300 are still in operation.

"In 2003, the Bratislava Tatra cinema reopened after an almost Sk10 million [€250,000] reconstruction. This, though, is more an exception than a rule. The majority of cinemas outside of Bratislava have aging technical equipment. If it stops functioning, sometimes only if a xenon lamp worth Sk30,000 (€740) blows out, the cinema has to close. The average price for a projector is around one million crowns (€25,000) and municipalities [which mainly own the cinemas] don't have the money."

Among the regions that have seen the most drastic decrease in their number of cinemas are Nitra, Banská Bystrica, and Trenčín. Cinemas have perished in the villages of Demandice, Kozárovce, Plášťovce, Bátovce, Pečenice, Žemberovce... Slovakia's capital, on the other hand, recently increased its number of cinemas, largely due to the construction of two multiplex cinemas. These high-tech constructions, though, are responsible for luring visitors away from the increasingly obsolete Bratislava art houses, several of which were forced to close.

According to the Culture Ministry, the number of cinemas decreased in the 1990s because of structural changes and the transformation into a free market system. The state company Slovenská požičovňa filmov was privatised and several distribution companies were formed. Many cinema houses closed during this transformation period because of poor technical conditions, a common theme among the majority of European countries.

Mária Pichnarčíková, director of Tatrafilm and the "mother of cinema operators", receives announcements of cinemas closing right at her own table. She says her heart sinks with each that goes out of business. Despite the lack of a long-term solution, as the cinemas do not receive any money from the state, she believes the situation will turn for the better one day.

"I firmly believe that the mayors of the municipalities will recognise the situation and ask for grants from the European Union to save the cinemas. Otherwise, they will continue to close, because people don't want to go to a theatre that has old-time equipment and mono-sound. This is the alpha and omega of the problem - the tax [we pay] for the socialist era," she said.

Pichnarčíková is particularly keen on rescuing the village cinemas, as they often represent the only culture in the village. A temporary solution, a certain uplift, she thinks, might be the movie The Passion of the Christ, which enters Slovak cinemas on April 8. "[These movie theatres] are mainly visited by younger viewers, but this film seems to have the power to attract all [ages], including the grannies. If there were a film like Titanic every year, the cinemas could be saved."

In 2002 the country's long-term trend in the dwindling number of cinemas stopped and the development took a slight, 3-percent increase. The turn was primarily caused by the opening of Bratislava's second multiplex, the 12-screen Palace Cinemas in Petržalka's Aupark shopping mall.

Thanks to its two multiplex cinemas, the Bratislava region generates almost half of the overall number of moviegoers in Slovakia. The income, fed chiefly by the multiplexes, also far exceeds the income gained in other regions, amounting to over half of the country's profit.

Other multiplexes will be built in the near future in Košice, with eight halls, and in Banská Bystrica and Žilina, each with six halls.

Among the cinemas that were forced to close or put operations on hold because of the multiplexes are the Nivy and Ružinov Culture Houses. The first closed at the beginning of this year; the second stopped screening contemporary commercial movies last month. Both did so for the same reason: no visitors.

"There were no more than 10 people coming to the screenings. We were not able to cover it financially," said Eva Filanová, the general director at CULTUS Ružinov, which manages the Nivy and Ružinov Culture Houses. "We could feel that they were all running to Aupark."

Filanová says that to remedy the situation they would have to invest money in new technology. However, the large renting fees for the films, in addition to various other payments connected with operating a cinema, do not give them the option to do that.

"I am sorry that such cinemas are being closed. But if we have to pay for repairs, the delivery of the films, a projectionist, as well as 50-percent of the entrance fees [to distribution companies]... this is going to bury film in Slovakia," she said.

According to a study on current film viewers prepared by the SFÚ in cooperation with other institutes, only 13.3 percent of Slovaks visit the cinema more often than they did two or three years ago, and an alarming 50.6 percent go less often than before. About half of the population does not go to the cinema at all. The most frequent reasons are a preference for watching TV and a lack of money. The financial reasons are also proven, Pichnarčíková says, by the fact that Monday is the day of highest attendance at town cinemas, as the theatres offer discounts of at least 30 percent.

In the past, during communism, attendance was not much higher, but there were often days when schools would book out the entire theatre for a film.

Ján Kotvas, 60, an information officer who has been working at the Nivy Culture House since 1975, remembers those times. "Back then, the cinema used to hold screenings every day. They were mainly reserved for schools. Today, the schools no longer go to cinemas - or very rarely - which, I think, is caused by the selection of [mainly American] films."

Gradually, the Nivy cinema house first reduced its screening times to only Thursdays and Saturdays, then only to Saturdays until it stopped functioning completely this year.

"Nobody was coming. We had to wait until [the required number of] five viewers gathered so we could screen the film. Sometimes, if three people came and they really wanted to see the film, they would buy the extra two tickets. But often there were more 'organisers' - projectionist, ticket seller, ticket controller, and manager - than visitors," Kotvas said.

Pichnarčíková is currently receiving the operation data from movie theatres for 2003. The Kozmonaut cinema in eastern Slovakia earned only Sk1,830 (€45) for the whole year. Despite such catastrophic figures, the manager remains optimistic.

"I don't think that classic movie theatres will ever die out; I believe that we will always find solutions for their survival."