THOUGH the leasing business in 2003 has not shown progress as dynamic as it did over previous years, it remains a favoured business activity and companies in the industry are searching for new market opportunities in upcoming years.
The volume of leased movable assets grew last year by Sk3.2 billion (€78.57 million), an 8 percent increase. The value of assets bought through leasing in 2003 reached Sk43.2 billion (€1 billion). 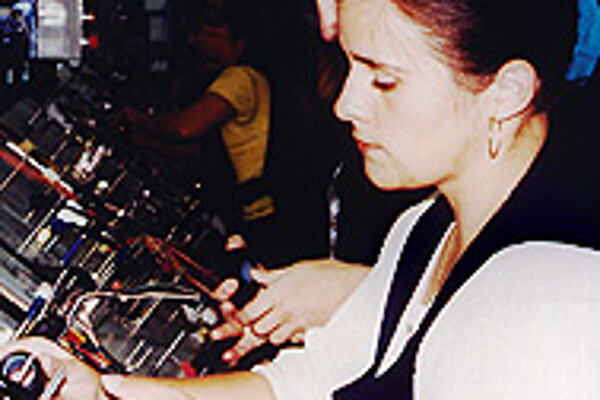 Font size:A-|A+  Comments disabled
THOUGH the leasing business in 2003 has not shown progress as dynamic as it did over previous years, it remains a favoured business activity and companies in the industry are searching for new market opportunities in upcoming years.

According to the Association of Leasing Companies in the Slovak Republic, year-on-year gain was the lowest in the past four years.

The association suggests that this is due to the almost-saturated leasing market and the weaker purchasing power of individuals and entrepreneurs.

"In the last two years growth has slowed down under the influence of lower purchasing power and a relatively saturated market. The slip in car sales also had an impact, as cars dominate the leasing structure in Slovakia," Oľga Vyskočániová from the marketing department at VB Leasing SK told The Slovak Spectator.

As Ján Kovalčík from Trend Analyses emphasised, it is not probable that, in forthcoming years, the leasing market will reach the level of growth that it did in 2000 and 2001, when it saw an almost 50 percent increase.

High gains at that time swelled artificially as elevated interest rates in the years before this successful period made leasing unaffordable, although in neighbouring countries this form of financing was at its peak.

Such development made room for vast leasing booms in Slovakia after the drop of interest rates in 2000 and 2001 made leasing cheaper and affordable. Additionally, acquiring a bank loan was more difficult than signing a leasing contract at that time. This encouraged customers to use this form of financing even more.

However, Lucia Rosová from ČSOB Leasing thinks that the increase of "only" Sk3.2 billion is not very important: "Let us look at interesting facts - for instance the sale of cars and commercial vehicles decreased by 5 percent last year, but leasing in this area grew by 11.6 percent, the sale of trucks and buses increased by 7.7 percent, but their leasing by 12.8 percent.

"This confirms that the possibility of acquiring an asset by means other than cash is becoming a standard form of financing in Slovakia. Despite the stagnation of sales, leasing is growing," Rosová told The Slovak Spectator.

The share of cars increased only slightly among all leased movable assets: 1 percent to 45.7 percent. The number of cars leased by entrepreneurs dropped 0.7 percent.

Last year showed a significant increase in the leasing of used cars, said the Slovak association: "In 2003 almost 30 percent of cars were second-hand."

Leasing of commercial vehicles recorded favourable results in 2003, reaching Sk5.32 billion (€130.62 million) in total value. Their share of all leased items rose by 0.9 percent to 12.4 percent.

Leasing companies expect that their success in leasing cars and commercial vehicles will last into forthcoming years. They consider used cars, machinery, technology, and real estate to be prospective areas for the further growth of the market.

"Used cars are a prospective segment. We expect a boom here, mainly after Slovakia enters the European Union. However, the largest potential is in machinery and office equipment as the stabilising macroeconomic environment and the new investors coming to Slovakia should encourage industrial production, said Rosová.

Vyskočániová also sees opportunity in the out-of-date vehicle fleets of some Slovak companies. "Their replacement would, of course, have a positive effect on the leasing market. There is also space for leasing technology and real estate."

Radoslav Horečný, marketing manager from GE Capital Leasing, thinks that improving and creating services and products is also a way of further increasing the leasing market in Slovakia. "Offering complex and attractive services in this area is the key to developing the market," he said.

A lack of administrative barriers, good accessibility, and relatively low prices are the attributes that draw people to choose this method of financing their investments over paying by cash or with bank loans.

"Leasing is a very comfortable way of fulfilling the needs of individuals and entrepreneurs. Businessmen can use a relatively small amount of capital to purchase assets, as they can pay the leasing instalments from the profits generated by their operation. The number of individuals who have had a good experience with leasing is increasing. Psychological barriers against, for example, buying a car in instalments, are disappearing," added Rosová.

According to Vyskočániová, through leasing, a client gets a whole packet of services - such as insurance and tax consultation. "It is mainly companies planning large investments that appreciate the know-how of leasing firms in these areas," she said.

Prognoses on the growth of the market in 2004 vary. The Slovak association predicts the growth of leasing will rise to 15 percent, the daily Hospodárske noviny wrote.

ČSOB Leasing plans for a less optimistic 5 percent increase. "The membership of Slovakia in the European Union will bring fiercer competition and not all entrepreneurs will survive the united market. That is why we do not expect a fast increase in the leasing market after Slovakia enters the EU," said Rosová.

"After significant growth in 2000 and 2001, the boom of leasing stopped. It is possible that 2004 will bring stagnation, or even a decrease," said Kovalčík.

He sees legislative changes in write-offs of some leased assets as one of the reasons.