Preserving the old and weird 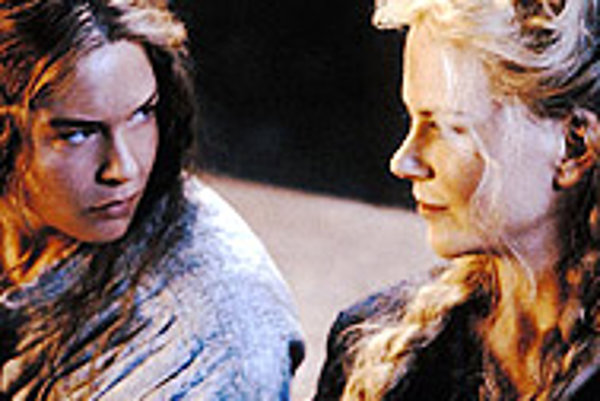 LOVE is fleeting, the cliché goes. But what of culture? Though a love story, Cold Mountain seems equally concerned with the search for a lost, almost mythical America. It is set during the US Civil War, a time when the still young country was on the brink of self-destruction. Importantly, it was also a time when the country's direction and character were undetermined and wide open. It is within this space that the film ultimately becomes more than the sum of its rather disjointed parts.

The film revolves around WP Inman (Jude Law), a beautiful, shy, respectable country boy, and Ada Monroe (Nicole Kidman), a beautiful, dignified, good-mannered Southern belle. After the city-bred Ada accompanies her aging preacher father (Donald Sutherland) to the small mountain community of Cold Mountain, North Carolina, she and Inman begin a rather tentative mating ritual of brief moments, few words, and one passionate embrace just prior to his march off to war.

This hardly seems the basis for an intense and lasting love, but that is exactly what it becomes. As each of them learns the realities of war - the absolute senselessness and horror of the battlefield and the complete devastation, both emotional and financial, that overtakes the homefront - the thought of the other propels the will to survive.

Eventually, Inman deserts the army to return to Ada. It is his journey through America's rural south, intercut with Ada's development from helplessly living in squalor to admirably enduring and overcoming hardship (with help from the rugged Ruby, Renée Zellweger in an amusingly over-the-top performance), that allows the film to overcome its not fully convincing love story.

The land that Inman travels through is a drastic one, equally full of immense beauty and terrible misfortune. It is one of unquestionable inhumanity - most obviously through slavery, one of the major reasons for this war between the North and South. And there are widowed single mothers, who try desperately to survive off of their scant resources, even when underfed and undersexed Northern soldiers come a-knockin'.

Yet, it is also a land of untainted mountains and valleys, of hardened, self-sufficient women who provide blunt wisdom and incredible generosity. Crucially, it is a land of music. It is America's oral tradition, the remainders of what rock critic Greil Marcus dubbed the "old, weird America".

He wrote about rural American folk music when coining this phrase - but it was what the music captured and preserved that gave him the words: tales of murder, nature's destructive ability, drunken hallucinations, apocalyptic ramblings, and the evils of industrial technology.

This music comes from a period not only before the United States became the world's dominant nation, but also from a time before the nation itself had decided what it would be. Though it lasted into the beginning of the 20th century, at no time was this uncertain direction greater than the Civil War.

This is the America that Inman sees on his way back to Ada - one of confusion, contradiction, and beauty. Like it, Cold Mountain does not always make sense or fit together. And yet, there's an awful lot to love.