THOUGH opposition parties failed to oust Slovak Finance Minister Ivan Mikloš from his post on March 17, the main inventor of the country's economic reforms lacks the support of the whole ruling coalition.
The opposition holds Mikloš responsible for the most reform-related aches of the country's population.
Deputies of the Hungarian Coalition Party and two deputies of the New Citizen's Alliance waved a warning finger by not helping the Slovak Democratic and Christian Union (SDKÚ), and the Christian Democrats hold a safety net under Mikloš. 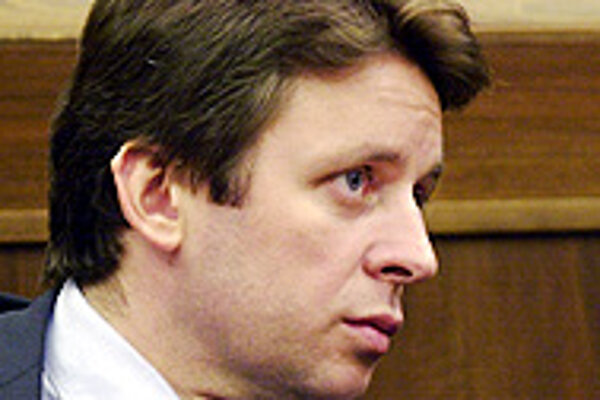 Font size:A-|A+0
THOUGH opposition parties failed to oust Slovak Finance Minister Ivan Mikloš from his post on March 17, the main inventor of the country's economic reforms lacks the support of the whole ruling coalition.

The opposition holds Mikloš responsible for the most reform-related aches of the country's population.

Deputies of the Hungarian Coalition Party and two deputies of the New Citizen's Alliance waved a warning finger by not helping the Slovak Democratic and Christian Union (SDKÚ), and the Christian Democrats hold a safety net under Mikloš.

The no-confidence vote in Mikloš, who is seen abroad as the prototype of a progressive pro-reform politician, was initiated by the opposition's Movement for a Democratic Slovakia (HZDS) and the Communist Party.

With 128 MPs present, 62 voted for Mikloš' fall, 43 voted against, and 23 abstained. Recalling a cabinet member requires at least 76 votes from the 150-member parliament.

The Hungarian Coalition Party (SMK) leader Béla Bugár told the press that the ethnic Hungarian deputies want Mikloš to be more sensitive about the proposals raised by his coalition partners.

According to Bugár, the coalition has twice refused the SMK proposal to compensate pensioners for the severe impacts of the economic reforms. He said Mikloš has also had a deaf ear to the party's request that scholarships be made more accessible to socially vulnerable students.

Earlier, on March 17, Mikloš had promised to reconsider the proposal, the news wire SITA wrote.

Prime Minister Mikuláš Dzurinda did not hide his relief, saying that Mikloš' survival was a positive thing for Slovakia.

The Christian Democrats also have considerable reservations about Mikloš' performance. They feel he should have been more cautious with the state budget calculations. Driven by concerns about low state incomes, the finance minister made the government raise excise taxes only to discover later that state expenses were several billion crowns lower than his ministry had expected.

Of the sum, Sk8.3 billion (€204 million) were unused finances on the accounts of individual ministries and other public organisations. Another Sk4.5 billion (€111 million) came from the savings measures of budgetary organisations, and Sk3.9 billion €96 million) was the yield from money that the state deposited in the central bank for pension reform, the ministry's official release reads.

However, the result of the vote was more about damaged trust within the ruling coalition than Mikloš' professional performance or his miscalculations, analysts say.

"The vote reflects the seriousness of the situation within the ruling coalition," Christian Democratic deputy chairman Július Brocka said.

Mikloš refused to comment on the distrust of his coalition partners. All he said was, "it is possible that I made some mistakes. I am ready to discuss them at any time."

There were serious doubts about the original intentions of the HZDS, and many interpreted the move as part of Vladimír Mečiar's election campaign.

The Free Forum's Ivan Šimko said that the HZDS had not truly wanted to have Mikloš sacked and that the timing of the vote, when Mečiar's people knew they would not get the backing of 76 deputies, was in fact intentional.

However, the Free Forum deputies did not attend the vote, saying that absence was the best way to demonstrate their qualms about Mikloš and still avoid becoming pawns in Mečiar's presidential campaign.

"Recalling the Dzurinda cabinet ministers is not part of our agenda. The Free Forum is more interested in the impact of the reforms on the people of Slovakia," Šimko said to The Slovak Spectator on March 3.

The opposition party Smer claimed that Mikloš was still standing over an abyss and only the sloppy preparations for the no-confidence motion saved his life.

"It is only a question of the right time and the right proposal," Fico told the press.

During the session Mikloš stood up in his own defence, saying that economic development was stable, balanced, and healthy, with macro-economic parameters providing good preconditions for sustainable growth, the news wire TASR wrote.

He also argued that ongoing reforms, notably in taxation, were behind the increase of foreign investments, including the recent decision of South Korean car manufacturer Kia Motors to build a plant in Slovakia. As for the controversial reforms of the social system, he said that they were essential since the current system was too expensive, unfair, and open to abuse.

This was the second attempt to sack the finance minister in the current election term.

Speculations over possible cooperation between the HZDS and SDKÚ went so far that the tabloid daily Nový Čas disseminated an alleged document stamping this "brotherly link" between the parties.

Both the SDKÚ and the HZDS claimed that the cooperation agreement was a counterfeit, the daily SME wrote.

The document was reportedly signed on December 10 and effective until the end of the current election term. The SDKÚ would not allow legislation on the origin of property and conflicts of interest to pass through parliament, it reads.

In return, Mečiar allegedly promised to restrain from initiating no-confidence motions towards members of the cabinet and from supporting any similar initiative.