A promise of security

ON MARCH 29, the accession documents of Slovakia's entry into the North Atlantic Treaty Organisation will be filed with the United States, and thus the country will become a full-fledged member of NATO.
Prior to the official ceremony, NATO's Deputy Assistant Secretary General for External Relations, Jamie Shea, visited Slovakia to attend a conference entitled Towards a Wider Europe: 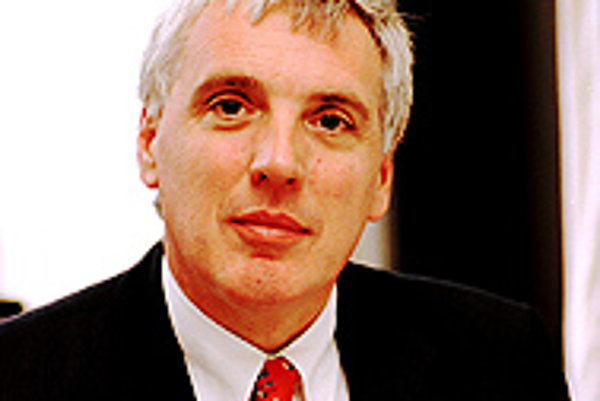 Font size:A-|A+0
ON MARCH 29, the accession documents of Slovakia's entry into the North Atlantic Treaty Organisation will be filed with the United States, and thus the country will become a full-fledged member of NATO.

Prior to the official ceremony, NATO's Deputy Assistant Secretary General for External Relations, Jamie Shea, visited Slovakia to attend a conference entitled Towards a Wider Europe: The New Agenda. During a coffee break, Jamie Shea found himself in a familiar situation after the seven years he once served as NATO spokesman - answering journalists' questions at an impromptu news conference. Since it was only one day after the clashes in Kosovo and just 10 days before Slovakia's entry into the Alliance, questions focused on terrorism and Slovakia's future role in NATO.

Do you think Slovakia faces a terrorist threat?

Jamie Shea (JS): I would not say that I know of any immediate threats to Slovakia. What we do know is that every country in Europe is potentially vulnerable. Terrorists have attacked as many countries that did not participate in the conflict in Iraq as countries that did. So there is no notion that any of us can opt out. Terrorists do not respect borders. They want to attack any democracy. Any target that is a soft one is a potential target. This is a common danger, so we all have to join together and take the necessary actions to defeat terrorism.

How do you think the enlargement of NATO will help combat terrorism?

JS: Terrorists are organised globally; therefore, the response has to be global. The more countries you have in your community working on the same issues together, sharing information, the more successful you are going to be. The fact that we have several countries from central and eastern Europe inside the Alliance means that we can have a Europe-wide solution. Equally, countries like Slovakia can feel more secure because they will be able to count on other countries' support.

For regular people, expressions like "enhancing stability" and "mutual support" are no more than just words. How can you bring to light NATO as an alliance that really cares about them?

JS: Security means "will I go home tonight safely on the train?" Or "will my aircraft arrive?" Citizens are very worried about that. Therefore, NATO has to seek the ways it could contribute to that agenda. And we are doing that. We guarantee the airspace of the new member states, we have ships patrolling the Mediterranean, we are in Afghanistan making sure that country is never again a haven for terrorist training camps.

Where do you see the role of Slovakia in these efforts?

JS: The key thing for Slovakia is to actively participate in every aspect of NATO's agenda. Sharing intelligence, helping the countries in the Balkans to be more secure, sending forces - as you have done - to Afghanistan where you now have a great deal of expertise, and simply realising that, today, NATO membership is a much more active one, with more demands on countries than there were 15 - 20 years ago. We live in a globalised world where we cannot close our eyes to these problems and pretend that they are going to go away, because they will not. Slovakia has a very good record of participating in NATO's efforts.

The reason why Slovakia is joining NATO is not to be part of a prestigious organisation. Your country realises that having a seat at the table, participating in the decision-making process, and not simply learning about decisions in the newspapers, is the way for a country like Slovakia to go. But apart from the political benefits there is also a share of the responsibility.

How would you explain to the average Slovak citizen what the country's membership in NATO will mean in his or her everyday life?

JS: It will mean security. By the fact that Slovakia will be seen now as an integrated Euro-Atlantic country, businesses will know that this is a stable place and therefore foreign entrepreneurs will want to invest here. The average citizen that you have mentioned will have the knowledge that Slovakia is participating in crucial decisions that will affect the future of Europe. For the sense of pride in this country, the sense of its identity in Europe and in the world, it is a very good thing.