Switzerland is little but it cares

THE HISTORY of Switzerland and Slovakia could not be more different, despite their geographic proximity. However, the countries have quite important things in common: Both are without significant natural resources and the citizens of both have a tendency for hard work, said Swiss Ambassador to Slovakia Rudolf Staub in an interview with The Slovak Spectator.
The Slovak Spectator (TSS): Do you share the optimism of the international community, which often describes Slovakia as an investor's paradise? 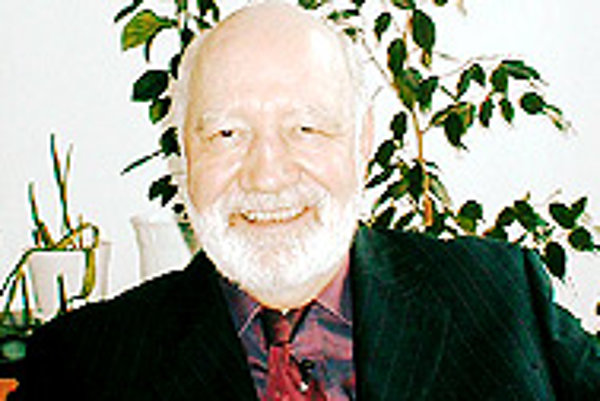 THE HISTORY of Switzerland and Slovakia could not be more different, despite their geographic proximity. However, the countries have quite important things in common: Both are without significant natural resources and the citizens of both have a tendency for hard work, said Swiss Ambassador to Slovakia Rudolf Staub in an interview with The Slovak Spectator.

The Slovak Spectator (TSS): Do you share the optimism of the international community, which often describes Slovakia as an investor's paradise?

Rudolf Staub (RS): I perhaps would not be so overenthusiastic as Mr. [Steve] Forbes, who believes that introducing the flat tax is already the miraculous key to the best possible development of this country. But definitely, over the past two years, I have been following a very positive development, especially in the economic field, and witnessed the arrival of several foreign investors.

TSS: But what are the barriers that might still prevent Swiss businessmen and investors, and their money, from coming here?

RS: As Switzerland is not a car producer and we have no major steel maker either, the industrial structure of our country is quite different from that of Slovakia. This is the reason we are not among the three, four, or five most important investors in this central European country, which we are, of course in so many countries. Our investments in Slovakia are still relatively modest but should not be underestimated. We now have around a little bit less than CHF400 million (€258 million) in accumulated investments.

The biggest investment comes from the cement producer Holcim, which has been here for the longest time. Nestlé, the famous food producer, Novartis the world-renowned producer of pharmaceuticals, and the telecommunication firm Ascom represent the core of the Swiss capital here. I should also mention a particularly welcomed investor - the shoemaker Rieker, which is quite well known among Slovaks; it is one of the biggest employers. And there is Vetropack, the Swiss Firm that took over Skloobal in Nemšová. We have created 4,300 jobs here.

TSS: Switzerland has also been active within the non-governmental sector. What are the most important projects that your country has pursued?

RS: Switzerland has stepped in and supported the transition period in the eastern European countries from the very beginning. Between 1987 and 1991, I was in Poland, which was the main recipient of the very first support programme. Switzerland has invested around CHF2.5 billion (€1.6 billion) in eastern Europe overall.

In Slovakia, the project of reforming the judiciary was one of the most intriguing ones. We have proposed a computer system (an electronic filing office) that allocates cases for judges. I met with the president of the Supreme Court, Milan Karabin, who assured me that he is acquainted with the programme and will introduce it at the Supreme Court. Even more recently, I met the new Prosecutor General Dobroslav Trnka, who told me that they would also introduce the electronic filing system within the police. We are very proud that the programme has been positively received.

We have run several programmes within the Roma community in Levoča and Nálepkovo. We have financed two kindergartens and a study programme for the Roma in the art school in Levoča, which is very much appreciated.

We run a programme to support the decentralisation of state administration and creation of independent communities. We appreciate the enormous progress that has been made in institution building here. We have financed programmes for hospitals, for example a special waste incinerator in Bojnice. And after the floods of 2002, Switzerland allocated CHF4 million (€2.58 million) for flood-prevention projects.

TSS: The Swiss Embassy has also been involved in establishing an international body for nuclear safety here in Slovakia.

RS: It is a very recent development. The Centre for Nuclear Safety (CENS) is a long-standing programme that Switzerland has run in Russia, Ukraine, and Slovakia to support and provide expertise for checking the security of nuclear power stations. We wanted to concentrate our efforts in an independent regional body.

Thanks to Slovak expertise and the convenient location of Bratislava, especially its nearness to the International Atomic Energy Institute in Vienna, we established this new independent body, which is to run seminars for agents of national nuclear safety agencies and also independent studies. One of the studies focused on the possibility of the completion of the two blocks [of the nuclear power plant] in Mochovce.

The international attention is very positive. For instance, the US Department of Energy is interested in using CENS in their support of nuclear safety in Armenia. It is obvious that it has the advantage of channelling US funds through an institution that is perceived by a receiving country like Armenia as a body linked to a closer region.

The centre will be a very useful tool for implementing EU safety standards and checking the process. After all, it is also much cheaper to have a multilateral entity in Bratislava, which has its own experts, than to shape a new institution in Brussels.

TSS: Switzerland is often described as an icon for developed Europe. For such a long time it seemed that the only thing Slovakia and Switzerland shared was their geographic size. What are the current concerns and hopes that these two countries share?

RS: The history of Switzerland and Slovakia could not be more different, despite the geographic proximity. We only share one important neighbour, Austria.

However, I think we have something quite important in common: we are two countries without significant natural resources.

Both countries have some agricultural background and this peasant-like character, which means a tendency for hard work, realism, and pragmatism that in both countries results in quality work and dedication to work. This is one of the very positive aspects for foreign investments that we are sharing. However, we are still relatively far from knowing each other and we have to work at that.

TSS: Will the country's entry to the European Union modify Slovak-Swiss relations in any way?

Slovakia now becomes Switzerland's direct neighbour both in legal and economic terms. Any Swiss exporter will find terms he is familiar with in Slovakia.

TSS: Could the fact that Switzerland is not a NATO member in any way influence Slovak-Swiss links?

RS: The fact that Switzerland is not a NATO member has no implication whatsoever. Let us look at Austria or Ireland, who are not members either.

Ireland, for instance, is a country Slovakia looks up to because not so long ago it was a poor agricultural country with very similar problems to Slovakia's.

For Slovakia, the Irish path is a very attractive one to follow even when the country is not a NATO member.

TSS: European institutions have been warning Slovakia about the need for greater observance of human rights and more tolerance for minorities. What is Switzerland's experience with minority issues?

RS: First of all, I do not share the critical attitude towards Slovakia and would rather appreciate the efforts of the Slovak government in trying to solve the problems. I can see how the issues with the Hungarian minority have been settled.

This minority is well integrated and politically very active. We have to realise that the Roma problem is deeper and it is not only a problem between the Slovak population and the Roma. Switzerland's history is one of many minorities and every Swiss belongs to a number of different minorities at the same time. There is no national language.

Of course we are in a very happy situation dealing with so many minorities because it gives us wider understanding. What is very important is the principle of giving the smaller units as much authority and self-governance as possible. It makes solving national problems much easier. The Swiss are, after all, very proud of being Swiss.

TSS: Could you say more about the potential investments by Glas Trösch and Sky Media here?

RS: Glass Trösch is a project that has not been finalised yet. In this stage I can only say that the investment might go to the town of Malacky. It is a glass producer of certain size, but the decision has not been made yet. Sky Media might come very soon. It is a very young company that produces CDs and DVDs in a very large number.

TSS: What are the most important cultural projects of the embassy?

RS: In the support programme of the 1990s, Switzerland financed a number of local Slovak cultural institutions and groups that would not have had the chance to survive and flourish without Swiss help. I was happy to see that many people still remember the effort of Pro Helvetia.

However, the funds of the programme have been reduced because Switzerland has shifted its efforts to the Balkans. Today we have Swiss music performances and exhibitions quite regularly.

Right now, we have a very important exhibition of the Swiss artist Alberto Giacometti in the Mirbach Palace.