Kia home may not come easily

THOUGH Slovakia has already approved a memorandum of understanding between the Slovak government and carmaker Hyundai/Kia, the act is only one of the first steps on the demanding route of preparation that involves buying the land for the site from private owners.
The South-Korean car colossus announced on March 2 that it had chosen Slovakia over Poland and would build its new plant in Žilina, the country's offered site for Kia Motors' €700 million investment in central Europe. 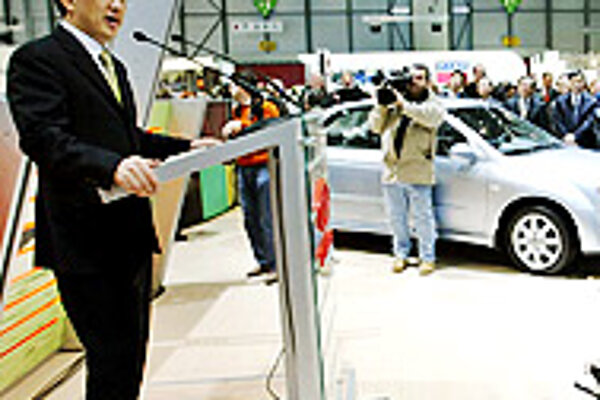 Font size:A-|A+  Comments disabled
THOUGH Slovakia has already approved a memorandum of understanding between the Slovak government and carmaker Hyundai/Kia, the act is only one of the first steps on the demanding route of preparation that involves buying the land for the site from private owners.

The South-Korean car colossus announced on March 2 that it had chosen Slovakia over Poland and would build its new plant in Žilina, the country's offered site for Kia Motors' €700 million investment in central Europe.

In the first stage of the project, the state should buy around 168 hectares of the 270-hectare site and construction should begin on April 7, the news wire TASR wrote.

The Slovak authorities have still not set a price for buying the land or even chosen a company to manage their end of the investment project.

However, the media has circulated an unofficial price of Sk96 (€2.38) per square metre, evoking protests from landowners who had hoped to sell their land for at least Sk360 (€8.92) a square metre.

The Žilina landowners started a petition protesting the unofficial price.

According to construction law, the price of the land purchased for the need of the state is set based on the average market price, which is the price of similar real estate in the same locality and of comparable quality.

The land that will give a new European home to Kia stretches through the villages of Teplička nad Váhom, Nededz, Mojš, and Gbelany and involves 12,000 owners.

According to the daily SME, the state has tried to put pressure on the owners through Economy Minister Pavol Rusko, who said that the state could dispossess the owners of their land if they disagreed with the offered price.

The state, however, seems to be making progress in meeting its other obligations to the carmaker, which expects Sk1.7 billion (€42.1 million) in state assistance this year.

Slovakia has pledged assistance worth a total of Sk8.8 billion (€218 million), of which almost Sk6.8 billion (€168 million) will flow directly into the investor's pocket. Other public expenditures linked with the project will total Sk2 billion (€49.5 million), according to the memorandum signed by Slovak Prime Minister Mikuláš Dzurinda and Chung Mong Koo, the top representative of the automotive company Hyundai Motor Corp.

Finance Minister Ivan Mikloš said that Sk400 million (€9.9 million) of the public expenditures would return to the state budget via taxes.

Thanks to the promising state budget development for the first quarter of 2004, with a Sk1.2 billion (€29.7 million) surplus against last year's Sk18 billion (€445.8 million) deficit, it is unlikely that the account of any ministry will have to be frozen to pay this year's portion to Kia.

A final decision on the financing of state aid for the Kia investment is expected in mid-April.

The state aid should return within four years of the launch of production at the plant, analysts claim. They also predict that the investment will have a positive impact on the country's economy overall.

"The investment will pump up the country's exports and, subsequently, budgetary incomes through taxes and insurance payments. The involvement of the supplier network - domestic as well as foreign sub-suppliers - could double or triple these budgetary incomes," Pavol Ondriska, analyst with the financial group Slávia Capital, told The Slovak Spectator.

The government will also inject money into regional development by revamping the existing infrastructure and transportation network.

Economy Minister Rusko stressed that this development would not be classified as state aid but rather as an investment in the region as well as property owned by the City of Žilina and the regional authority.

The new investment should directly create around 2,800 new jobs and thousands of others in supplying and sub-supplying companies. The state will also contribute to the re-qualification of labour, the news wire TASR wrote.

Hyundai is the third global automotive firm, following Germany's Volkswagen and France's PSA Peugeot-Citroen, to take up residence in Slovakia.

Volkswagen picked Slovakia in the early 1990s, and PSA Peugeot-Citroen added a huge brick to Slovakia's car empire when it chose the southwestern city of Trnava as the site for its new plant, which is to roll out 300,000 cars annually.