Kissed by the music goddess

CONDUCTOR and composer Marián Lejava is only 27 years old, but his CV is impressive. It contains 18 works written since 1998, international prizes won in various composition competitions, participation in summer courses and workshops, and the orchestras he has conducted. If one wanted to find a single word to define the style of his personality, music and conducting, the best would be "minimalist". 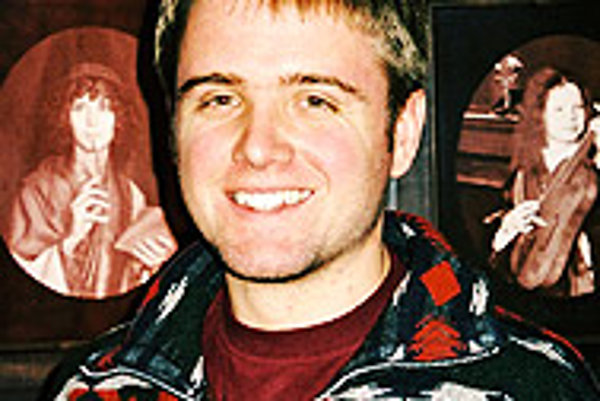 Font size:A-|A+0
CONDUCTOR and composer Marián Lejava is only 27 years old, but his CV is impressive. It contains 18 works written since 1998, international prizes won in various composition competitions, participation in summer courses and workshops, and the orchestras he has conducted. If one wanted to find a single word to define the style of his personality, music and conducting, the best would be "minimalist".

Lejava gives the impression of a very modest and humble person. He speaks in a soft and polite manner and rarely smiles, but when he does, his serene face radiates light. While conducting he remains discreet and reserved. His gestures are graceful and precise. He shows a good knowledge of the score and relaxed self-confidence. But it is very difficult to find adequate words to describe the character of his music.

As a composer, he prefers to write for small chamber ensembles, for voice and solo instruments. His music combines long meditative episodes with short and powerful culminations; it plays with dissonance and consonance, and it grows slowly but steadily like a big tree out of a little grain. It catches your attention from the very beginning and makes you listen to every single sound because each one is full of expression and meaning.

Lejava said that his path into music was obvious and easy. "I am from Bratislava. I come from a musical family - my father is a violin player and mother is a singer," he said.

"The very first experience of music I had was in the [Slovak] Philharmonic Boy's Choir. The choir had a very high professional level. We were performing the great composers of the 20th century like Igor Stravinsky, Benjamin Britten, and Carl Orff. At the age of 10, I started to compose. Together with a friend of mine who was also fascinated by composition, I wrote big scores for the orchestra. Even now I keep those early sketches."

He decided to study violin, but on the day that he joined the Music Conservatory he needed to choose between violin and composition. "Of course, I gave preference to composition. During my studies in the Academy of Music and Performing Arts my mother advised me to also join a conducting class. This idea did not make me too happy then, but now I really like to combine composition and conducting," he said.

He is grateful to his professors of composition - Peter Martinček and Vladimír Bokeš - and professors of conducting - Július Karaba, Robert Stankovský, and Stanislav Macura -who helped him get a solid professional formation. During his postgraduate studies he met with internationally known composers like Klaus Huber, Tristan Murail, and Erich Urbanner, which dramatically improved his composition skills.

The first time Lejava conducted an orchestra was at the Music Conservatory. It was a small student's orchestra. He felt insecure at that time. "Imagine, you are standing in front of many people and they are looking at you and waiting. It's scary! On the other hand, this fear is positive - it adds adrenaline to your blood," he said, now laughing at the experience.

Conducting even a big symphonic orchestra today, he feels much more quiet and self-confident. Naturally, there is always a certain nervousness before coming on stage, but Lejava regards it as positive because it helps him concentrate even better.

"When you know the score well, when you have a clear idea what you want and how to reach your goals, conducting creates a great feeling! The conductor is a leader, he is guiding the orchestra through the music score."

Lejava feels very lucky because every time he has conducted a small chamber ensemble or a big orchestra he has always had a good spontaneous rapport with the musicians. He stays open to any creative ideas and suggestions from orchestra members and is ready for cooperation. He has an especially good connection with the VENI Ensemble from Bratislava, which mainly performs contemporary music.

"I think that these days, the conductor is no longer a dictator. Orchestral musicians have their own understanding about musical interpretation; many of them have a lot of experience. Instead of fighting it's much better to listen to them and to collaborate in order to achieve better results. On the other hand, if the conductor knows what he is doing and has a strong personality, the orchestra will always follow."

Lejava happily combines conducting and composition. He is convinced that one enriches the other. Conducting helps him understand the orchestra and different instruments, while composing gives him a clear idea about the structure of music.

Creating music is always a mysterious process. Where do the ideas come from? How are they developed into one big piece? What are the sources of inspiration for the composer?

"There are many sources of inspiration, for example, lyrics and visual arts. I love to read poetry, especially when it has few words and a lot of meaning," said Lejava.

"Japanese haikus are my favorites; they express certain moods in a very concentrated manner. The poems of American poet Emily Dickinson inspired me to write a cycle of songs. Natural landscapes are another great source of inspiration; I live outside of Bratislava where the land is flat, so one of my compositions is called Flat Lands and Plains, another - Hush Fields. This type of nature has a great influence on my musical thinking and makes it more linear. For two years horizontal musical lines have played a more important role in my compositions than the vertical ones. And those horizontal lines form a rich polyphony."

Every musical piece is born differently. Sometimes Lejava hears a single sound; sometimes he gets an image like a big painting or a strong mood that wants to be expressed through music. Very often all those elements - image, mood, and sound - come together, giving him a powerful impulse to write music.

The personal character of a composer is always reflected in his creation in one way or another. The works of Lejava are no exception.

"I am basically a very quiet person. Long episodes in my work develop slowly using very small changes. The idea of continuity in music is very attractive for me. Of course, like in life itself, from time to time there are sudden explosions.

"When I was small, my favorite toys were Legos. I constructed for many hours. Once, my sister destroyed my creation, but very patiently I reconstructed the whole thing. She destroyed it again, and again I rebuilt it. However, after she attacked my work for the third time, I violently grabbed her neck, scaring her to death. So, after calm and meditative episodes come powerful explosions."

A couple of times the events of the composer's private life have served as a basis for his compositions. "Chant d'Amour for two violas, two cellos and a piano was inspired by the love story I lived at that time," Lejava said, sharing a small secret. "Four movements of this piece are called Dream, Passion, Jealousy and Peace - I experienced all those feelings before they turned into music."

Chant d'Amour got an international award in Florida in 2000. Two more of Lejava's works have won international prizes: Seven Bagatelles for wind quartet took the Soza 2000 award, and String Trio the Orfeus 2001 award. The first CD with the original music of Marián Lejava is ready to be released.

The goddess of music kissed little Marián the day he was born; she still keeps on inspiring his creative process, and does not let him keep idle.