Roads are a priority

THE EUROPEAN Investment Bank (EIB) will provide Slovakia with a €95 million loan to co-finance projects partially funded by the European Union's cohesion and structural funds. EIB vice-president Wolfgang Roth and Slovakia's Deputy Finance Minister Vladimír Tvarožka signed the loan agreement in Bratislava on April 1.
"I see the role of the EIB, which is not profit-oriented, in Slovakia as to do as much for the development of the eastern regions, which are quite poor, as possible. 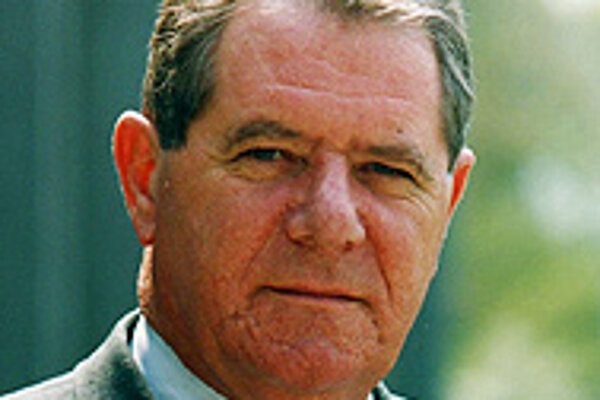 "I see the role of the EIB, which is not profit-oriented, in Slovakia as to do as much for the development of the eastern regions, which are quite poor, as possible. This also means helping the development of infrastructure. The road connection between Bratislava and Košice is catastrophic. We will be happy to give long-term help to improve it," Roth said in an interview with The Slovak Spectator.

The Slovak Spectator (TSS): The European Investment Bank's loans to Slovakia have exceeded €1.6 billion since 1990. What have been the most important projects the funds have been used for?

Wolfgang Roth (WR):We assisted in the expansion and modernisation of the telecommunications network and upgrading of the air traffic control system. The extension of the Volkswagen plant in Bratislava (€200 million) and the new bridge over the Danube River, including the access roads (€45 million), are among our major projects. I would also mention the Ružomberok paper mill SCP Ružomberok and the upgrade of track, rolling stock, and telecommunications for national railways worth €200 million.

TSS: When judging the reform potential of central and eastern European countries, you, Mr Roth, said that these countries have done more than Germany and Austria over a half century. Do you feel that eastern Europeans are more pessimistic than their real situation gives them reason to be?

WR: Absolutely. However, you can find this pessimistic mood in most countries. But if you look at how much Ireland and Spain have improved their situation since their EU accession, I see very little reason to be pessimistic. However, pessimism might also be a typical Slavic behaviour. If you look at the regions around Bratislava or Prague, you can see that they are catching up with western Europe and so will the rest of the countries if the governments pay enough attention to the development of the regions.

TSS: You also said that there were still some relics of communism in these countries. What are those relics, in your opinion?

WR: Sometimes we encounter too much bureaucracy. But if you look back to 1988, the situation has greatly improved.

TSS: All the latest assessments of Slovakia have acknowledged positive development, but all of them pointed to prevailing deficits that the countries of central and eastern Europe have in coping with corruption.

WR: Corruption has been a difficult problem in all the countries. Even big Western countries are vulnerable to it. In the case of post-communist countries, it is often an issue of income. If you compare the income of politicians in Slovakia and, lets say, in France, you will see a huge gap. A prime minister here is earning 20 times less than a normal Austrian banker. The income problem is a basis for corruption. Though I am sure that Dzurinda personally has never had problems with corruption, working for an Austrian bank he would earn more. I have been working in central and eastern European countries and I can say that Slovakia is not worse than Poland or the Czech Republic.

TSS: Mr Roth, you have said that the new EU members should not be in a rush to join the monetary union. What are your main arguments?

WR: Nobody can exactly predict what difficulties the future might bring and losing an important instrument for monetary policy would not be wise at this point. It is too early to join the monetary union, as I think you should keep your instrument of devaluation and your own interest rates. Why rush to the introduction of the euro? I do not see it as a necessity.

Most people have forgotten that we [the Western countries] started preparations for entering the monetary union in the mid-70s. We have had nearly 20 years of adaptation to the new currency. My position is quite simple: Be cautious. If you are doing better, you can introduce the euro within one year. I also feel that long-term financing in the development of infrastructure is being delayed due to the fast approach of the introduction of the euro. It is good to have a low public finance deficit, but only if you have a good infrastructure.

TSS: In Slovakia the gap between the eastern and western parts of the country is deepening. Over the past few years, the government has not really been successful in balancing these differences. What is the EIB's experience with assisting the current EU members in balancing differences between different regions?

WR: Slovakia has a difficult structure, as you have wealthy regions in the west and poor regions in the east. I have noticed that the best people are permanently moving from the regions to Bratislava. None of the Slovak governments, neither that of Mečiar nor the Dzurinda team, has managed to make the regional question its priority, and this is my fundamental criticism.

Sure, now you have Hyundai coming to Žilina, but then Žilina is still part of the western region. When I talk to German investors they are highly interested in going east. But a manager would need five hours to get to Košice. How can you invest in a country that is not accessible?

WR: The main issue is water treatment, which calls for many small investments. We have proposed a lot of long-term loans on water treatment to the Slovak government. Slovakia has no fundamental problems with emissions from its energy sector. However, I would propose greater investment in energy savings, as possibilities are quite open. The EIB is prepared to invest more in energy-saving programs than in building new plants. The EIB could also provide cheap loans to private companies within the energy sector.