WINNERS of renowned international musical contests will meet at the 14th Central European Music Festival in the northwestern Slovak town of Žilina. The 10 solo musicians and vocalists, one duo, and a string quartet - who will compete for the Music Critics' Prize between April 18 and 24 - come from 11, mainly central-European, countries.
"The number of participating countries broke a record this year, and the level of [talent] has never been so strong," said Ivana Korbačková, programme adviser and the festival's manager. 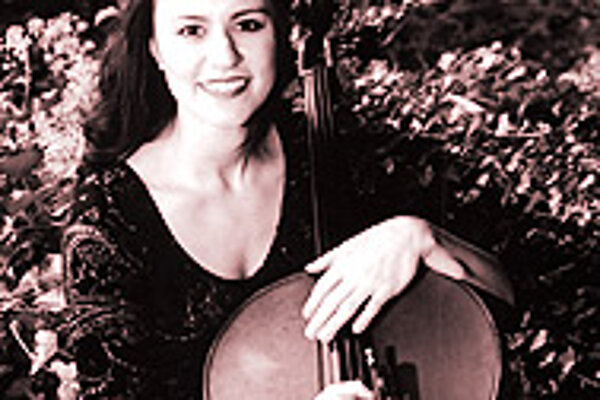 Font size:A-|A+0
WINNERS of renowned international musical contests will meet at the 14th Central European Music Festival in the northwestern Slovak town of Žilina. The 10 solo musicians and vocalists, one duo, and a string quartet - who will compete for the Music Critics' Prize between April 18 and 24 - come from 11, mainly central-European, countries.

"The number of participating countries broke a record this year, and the level of [talent] has never been so strong," said Ivana Korbačková, programme adviser and the festival's manager.

As the festival's title suggests, the musicians mainly come from the hub of classical music, central Europe.

"The project focuses on the central-European region, the countries that are culturally and traditionally closest to Slovakia, not forgetting Russian musicians, whose interpretation level is very high. There are also participants from Balkan countries, like the former Yugoslavian states, and this year we will welcome musicians from Belarus, Ukraine, and Estonia," Korbačková said.

The festival is organised by the Music Centre in Bratislava in cooperation with the Žilina State Chamber Orchestra. Its organisers, when selecting the best musicians, wanted to ensure a variety of instruments and to offer a space to vocalists, small ensembles, and conductors. For the programme's repertoire, they took into account significant Czech composers, as this year is internationally dedicated to Czech Music.

"The only conductor at the festival, Igor Dohovič, is the representative of Slovakia. He is little known to the Slovak public, as he studied in Ukraine, but we believe that he will be an adequate partner to all the fantastic musicians we managed to invite to the festival's 14th year," Korbačková said.

They include the winner of Moscow's Tchaikovsky Contest 2002, Russian mezzo-soprano Aitalina Afanasieva Adamova, as well as winners of international violin, piano, and cello competitions from Italy, Ukraine, Estonia, Belarus, Poland, and Romania. Pavel Kohout from the Czech Republic will perform organ, Kalev Kuljus from Estonia will play oboe, Gábor Varga from Hungary will perform clarinet, and Dejan Ivanovic from Croatia will show his mastery of guitar. The Czech Penguin Quartet, the winner of the New Talent 2003 international contest held for the first time at the Bratislava Music Festival, will perform compositions by their compatriots on April 22.

During the festival, chamber evenings will rotate with orchestral concerts, during which competing soloists will be accompanied by leading, mainly Slovak, ensembles such as the Bohdan Warchal Chamber Orchestra led by Ewald Dahel and the Bratislava Chamber Soloists orchestra conducted by violinist Juraj Čižmarovič. The latter will premiere a work by Slovak composer Vladimír Godár, Variazioni facili.

Led by the Slovak hope Dohovič, the Košice State Philharmonic will open the festival on Sunday, April 18, at 19:00. The concert will feature the festival's 2003 winner of the Music Critics' Prize, Russian cellist Tatiana Vassilyeva, performing Antonín Dvořák's Cello Concerto in B minor. The Žilina State Chamber Orchestra, under the baton of renowned Czech conductor Leoš Svárovský and featuring Czech organist Kohout, will close the festival on April 24. Following tradition, the Concert of the Winners of the Slovak Conservatoires' Competitions will enrich the event on Monday, April 19, at 16:00.

The event initially came about in 1991 when the organisers, led by internationally acclaimed pianist Marián Lapšanský, decided to merge the Festival of Young Concert Artists in Trenčianske Teplice and the Festival of Slovak Concert Art in Žilina. They wanted to expand participation by selecting musicians from surrounding European countries, keeping Žilina as the venue.

"Obviously, performing in one's home country might be an advantage, but all Slovaks who have participated in the festival study abroad. All the festival's competitors thus have similar conditions and the same chance to win," said Korbačková.