Bottoms up, beer in art

THREE exhibitions of humorous cartoons on the theme of beer gradually opened last week in four different Slovak towns. They are all part of the international competition The Golden Keg, which is celebrating its 10th anniversary.
On Wednesday, March 31, a selection of the best cartoons from the previous nine years and a display by one of the contest's founders, Fedor Vico, opened at Bratislava's Miro Gallery. 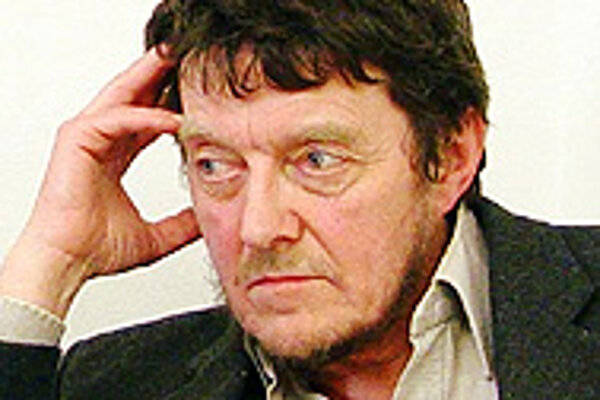 Font size:A-|A+  Comments disabled
THREE exhibitions of humorous cartoons on the theme of beer gradually opened last week in four different Slovak towns. They are all part of the international competition The Golden Keg, which is celebrating its 10th anniversary.

On Wednesday, March 31, a selection of the best cartoons from the previous nine years and a display by one of the contest's founders, Fedor Vico, opened at Bratislava's Miro Gallery. A day later, on April 1, Vico travelled to the Šariš Gallery in Prešov to announce this year's competition results. And on April 2, the Miro Gallery in Snina, at the opposite corner of the country from its Bratislava partner, opened another selection from the contest's previous years.

"We started the tour a day early in Bratislava becauses the capital is little interested in cultural activities outside of the city, and we wanted to draw attention to the jubilee 10th year of the contest, which regularly takes place in Prešov," said Vico, a former cartoonist for the daily SME and a current contributor to Národná Obroda.

Over 200 artists from 28 countries participated in the Golden Keg this year. Constantin Ciosu from Romania received the Grand Prix for his "bible-reading man!" The jury, headed by Andrej Bogoyavlensky from the Bulgarian cultural centre in Bratislava, also awarded the Czechs Břetislav Kovařík and Ľubomír Lichý, as well as the Pole Lukasz Baran. Special prizes went to Henryk Cebula of Poland, Slovakia's Peter Sedlák, the Czech Igor Ševčík, and the Israeli artist Yuri Okhakovsky.

"The number of participants is growing rapidly. It is interesting to see that cartoonists can still come up with original ideas on the same theme," Vico said. He also added that it is surprising that, among the 623 works submitted, after Slovak, Czech, and Polish cartoonists, Chinese artists dominated.

"Beer is unique among drinks because it is viewed [in a similar way] by artists from different countries. [Their cartoons] can be universally understood. Some ideas even get recycled, but in different styles," he said.

The beginnings of the Golden Keg contest were directly tied to the satirical biweekly Bumerang, the publication of which stabilised after the Šariš Brewery came to its support in August of 1994. To express thanks to the local brewery, the magazine's editorial staff, led by Vico, started a competition for the best cartoon on the topic of beer, held annually on April 1 at the Šariš Gallery in Prešov.

During its fourth year, though, when SABMiller entered the local Šariš Brewery, interest in supporting the cartoon competition diminished. This also led to the end of the Bumerang magazine. But the competition did not die. First, the organisers managed to gain assistance from the now defunct Pod Lipou Brewery from Vranov nad Topľou, and then from the Budvar Brewery from České Budejovice in the Czech Republic.

Last year's competition brought the return of the Šariš Brewery. The result of this cooperation might culminate in the founding of the Beer Gallery, with a permanent exposition in the town.

The exhibitions in the two Miro Galleries (Košická 56, Bratislava, and Námestie centrum, Snina) run until April 30. The display of this year's Golden Keg at the Šariš Gallery at Hlavná 51 in Prešov takes place until May 16.