THE FINANCE Ministry has released its fiscal decentralisation plan, scheduled for January 2006, which would overhaul the current financing system for local and regional governments in line with the ongoing state administration reform.
The outlined plan expects that municipalities and the greater territorial units will rely mainly on personal income tax for funds. 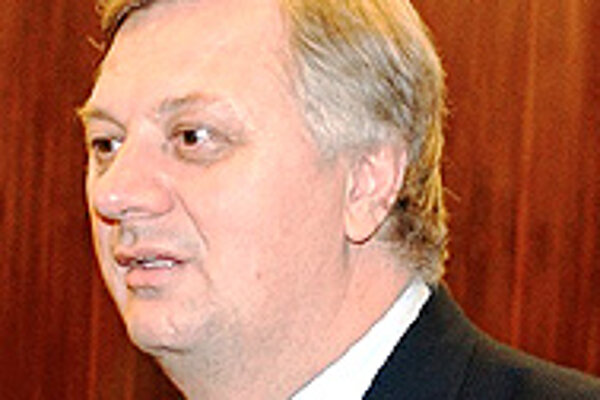 Font size:A-|A+0
THE FINANCE Ministry has released its fiscal decentralisation plan, scheduled for January 2006, which would overhaul the current financing system for local and regional governments in line with the ongoing state administration reform.

The outlined plan expects that municipalities and the greater territorial units will rely mainly on personal income tax for funds.

As part of the reform, local administration bodies will receive a number of responsibilities formerly administered centrally by the state such as elementary and secondary education, social services, public transportation, and the maintenance of local roads. They will also have the right to decide the rates of local real estate and road taxes, which would also help them fund their budgets.

According to the reform plan, which Finance Minister Ivan Mikloš introduced on April 6, these taxes, along with other local fees and personal income tax, will constitute the revenues of local governments. Of the personal income tax revenues, the municipalities will receive 70.9 percent, another 27 percent will go to the greater territorial units, and the remaining 2.1 percent will be kept in reserve.

According to Mikloš, personal income tax is dependable and, according to various analysts, promises to grow in the coming years.

"The advantage is that the revenue from this tax is stable and predictable and it should grow faster than the total expenditures [of the municipalities]," Mikloš said at the plan's presentation, adding that various prognoses expected employment and wages to grow in the future.

A major part of these budgets will rely on personal income tax. In 2005, for example, of the total Sk33.6 billion, as much as Sk30 billion (€749 million) should come from income tax.

These will be collected by tax authorities and redistributed to municipalities based on the number of inhabitants and the age breakdown of the population, as towns with a higher number of senior citizens have higher expenditures on social services.

The case will be the same in cities with many school children. Big cities will receive some extra money because they have greater expenditures for infrastructure like public transportation and public lighting.

According to the municipalities, however, basing the plan on this year's budgets is unfair because local administrations around the country are struggling to make ends meet with the budgeted funds.

"It will not be possible to resolve the situation in such a way that we remain with virtually the same amount of money as we have this year," Michal Sýkora, head of the Association of Slovak Towns and Cities (ZMOS) said at a press conference April 7.

Sýkora also said that the municipalities should receive at least a part of corporate income tax as well.

Sýkora fears complications if the fiscal decentralisation reform is not approved. According to a recently approved law, several local fees will be abolished in May this year and, should the ministry's reform not be passed, the local governments would start next year with even less money.

Representatives of the ZMOS also warned that, in order to compensate for the funds they say are lacking in their budgets, most towns would probably increase real estate taxes. The biggest increases could be expected in cities such as Bratislava and Košice.

"It is likely that this tax will be increased in all villages and towns, because we will not have enough money to finance our responsibilities," said Sýkora.

Vladimír Bajan, who is the deputy chairman of the ZMOS and who also serves as the mayor of the Bratislava district of Petržalka even said that the current 4.5 percent real-estate tax, aside from select state administration real estate and facilities, could grow to as much as 18 or 19 percent. The increased taxes in Bratislava would, according to Bajan, make up for the several hundred million needed for the city's public transportation scheme.

Sýkora also said that the plan would leave many smaller towns and villages with few funds and this could later put pressure on municipalities to merge, an observation that Deputy Finance Minister Vladimír Tvaroška confirmed in an interview with the Slovak daily Pravda.

"We want to motivate towns and villages to merge, because we think that the current situation is not good," Tvaroška said.

The ZMOS is expected to present the ministry with their comments to the outlined plan by the start of May this year and it is expected that they will require an increase in the funds that serve as the plan's basis.

According to Peter Papanek, the Finance Ministry's spokesman, "the ZMOS requirements as well as those of other ministries are usually higher than the state budget can manage. We are prepared, however, to discuss rational proposals."