THE SLOVAK government hopes to encourage people to spend their holidays in domestic resorts, which should help the economy and save people's money.
The Economy Ministry and the Slovak Tourism Agency (SACR) thus decided to run a campaign called "let's have a holiday at home, let's discover the beauties of Slovakia." The government approved the proposal at the end of December 2003, and the SACR will be responsible for carrying out the campaign. 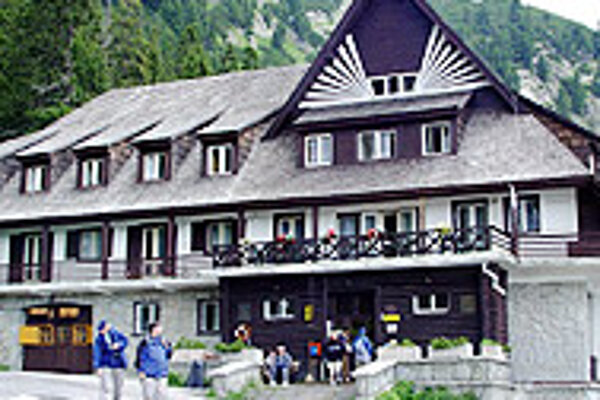 Font size:A-|A+  Comments disabled
THE SLOVAK government hopes to encourage people to spend their holidays in domestic resorts, which should help the economy and save people's money.

The Economy Ministry and the Slovak Tourism Agency (SACR) thus decided to run a campaign called "let's have a holiday at home, let's discover the beauties of Slovakia." The government approved the proposal at the end of December 2003, and the SACR will be responsible for carrying out the campaign.

The government wants to promote Slovakia as an attractive destination for Slovaks through billboards, advertisements in major dailies and weeklies and their weekend supplements, and TV, radio, and public transportation ads.

Tourist information offices will provide promotional materials about home resorts, while domestic holidays will be the topic of several press conferences and articles in newspapers and magazines.

However, the launch date of the campaign has remained unknown, as the government has to solve a problem of money. Originally, a budget of Sk7.2 million (€180,000) was approved for the promotions.

Apart from the Economy Ministry and the tourism agency, the ministries of culture, agriculture, and construction, as well as the administrative offices of the Slovak regions and the Association of Slovak Towns and Cities should participate in the project and share its expenses.

The tourism agency said that it received the money in December 2003 for the campaign in 2004. the SACR managed to print Sk1.2 million (€30,000) worth of promotional bulletins and materials by the end of last year. However, the Finance Ministry has not allowed the SACR to transfer and use the rest of the funds this year.

Now the whole campaign, which has not actually started yet, is stuck and no one knows when it is going to be reopened. "Its start depends on financial sources," Gabriel Kuliffay, director of the tourism department of the Economy Ministry, told The Slovak Spectator.

According to the Economy Ministry, domestic tourism generates gross domestic product and helps decrease the deficit of the balance of payments. It creates working opportunities and it is an engine of regional development that has a positive impact on related economic branches.

"In addition, it fulfils social and cultural roles. In developed countries, domestic tourism creates a base for foreign tourism," added Kuliffay.

He stressed that the importance of domestic tourism is increasing in the light of serious international geopolitical crises that often hurt international tourism.

"Additionally there are plenty of excellent opportunities for relaxing at home - nature, mountains, spas. This way we can support domestic services providers," said Kuliffay.

Anton Bača from SACR marketing added that, "Slovaks should get to know our cultural and historical sights and monuments better. Many of these are unique and exceptional, for example preserved gothic architecture, fresco paintings and wood [sculptures], plenty of mansions, wood churches, and 31 castles and chateaus open to the public."

While the number of Slovaks who arrange their holidays in Slovakia through travel agencies is falling, the number of people who stay in Slovak accommodation facilities has remained more or less stable.

Those numbers are evidence that Slovaks already prefer to spend their holidays in Slovakia. Even Robert Kohlmann, the president of the Slovak Association of Travel Agencies, told the daily Pravda that the favourite destination of Slovaks was their home country.

Officials do not hide their belief that the main reason is the price. Although some foreign holiday resorts are becoming cheaper due to the appreciating Slovak crown, a domestic holiday is still the most affordable.

Some Slovak holiday resorts, however, act as if they do not realise the price sensitivity of their visitors. Favourite tourism sights in the High Tatras, for example, reported an extremely weak season last year. Most Slovaks complained about high prices compared to those in famous international skiing centres, for example in Austria.

Critical voices thus say that a campaign is not enough. They think that the government should give people financial encouragement to spend their holidays in Slovakia.

Expecting any financial help from the state in today's reform environment, when the government is trying to cut the public deficit to a minimum, is a bit naive. It may be more reasonable for entrepreneurs to decrease prices, although that would mean waiting several extra years before investments in accommodation or restaurants finally pay off, the daily Pravda wrote.

However, the tourism agency predicts that, in the near future, Slovaks can expect a mild increase in the number of Slovak tourists spending their holidays at home, thanks to European Union accession.

"The reason behind this is especially that Slovakia will be able to use resources from the structural funds of the European Union this year. In coming years Slovakia expects Sk90 billion (€2.25 million) in investments, of which some part will be spent on tourism [e.g. the modernisation of accommodation facilities, tourism centres, and the improvement of additional services]," said Bača.